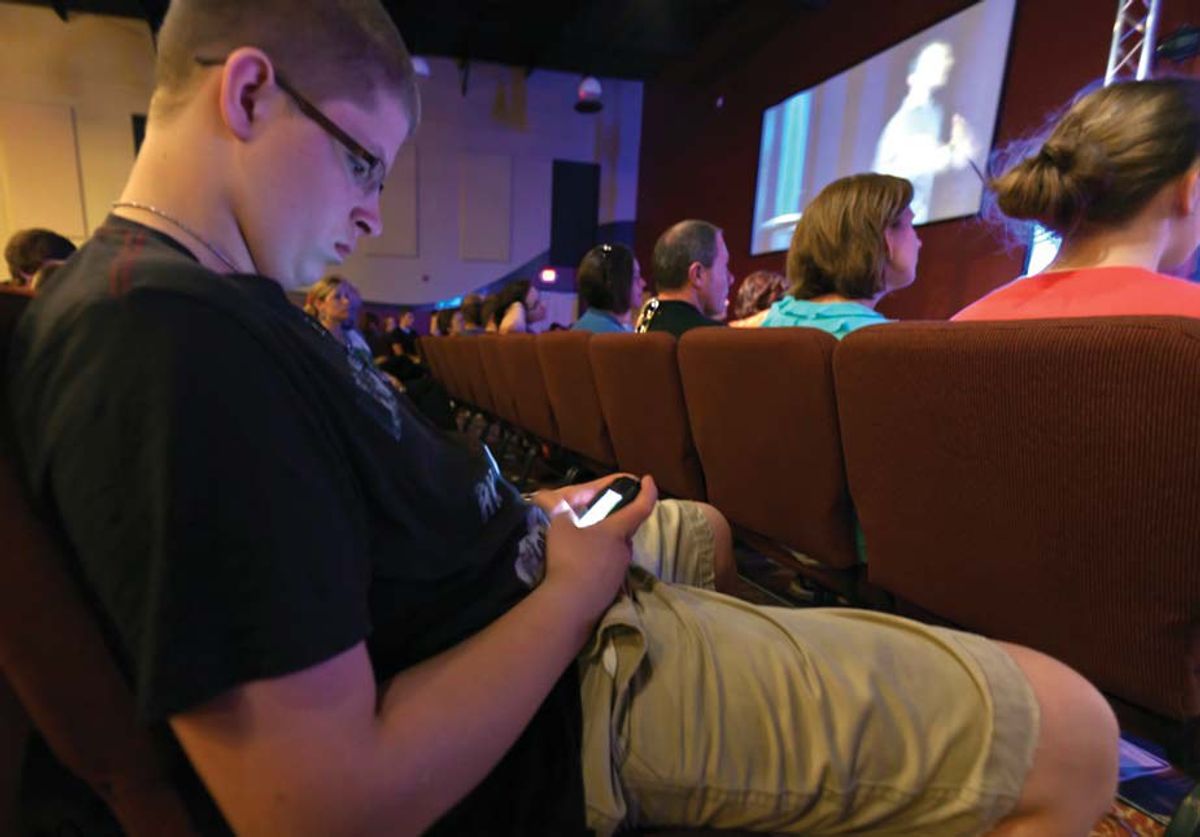 "I'm so glad that I finished my chapel credits."

If you attend a Christian university that requires you to complete a certain amount of chapel credits, this sentence might sound familiar. It may not even seem like a big deal. But let's think about what it really says. Explicitly, that sentence says, "I am happy that I no longer need to attend chapel," but it also implies, "I am not going to attend chapel now that I do not need to."

Now, I do not necessarily blame my fellow students for saying this sentence. I may have even said it myself. But the students and especially the faculty at Christian universities need to stop and reflect on what it means whenever they hear such an expression. It exposes a toxic mentality that is common at Christian universities across the nation and infects the minds of Christian students, holding the potential to fundamentally undermine their faith.

Universities essentially tell students, "Go to church to avoid punishment" by imposing fees on students who fall short of the chapel requirements, giving it an economically perverse incentive. If universities do this, then when students leave college and the threat of punishment is removed, students may ask, "Why go to church? I don't have any chapel credits to fill."

The key to understanding this dilemma is a psychological phenomenon known as the "overjustification effect," which is demonstrated in the fable of the clever old man:

"An old man was bothered by kids playing ball and yelling every day in an empty lot next to his house ... So, he offered each one of them 25 cents (this was years ago) to play and yell real loud. They always played there anyway and the addition of money was great, so they did. He did the same thing the next day and the day after that, urging them to make a lot of noise. The kids were delighted. On the fourth day, however, the old man told them he was sorry but he could only pay them 15 cents. They grumbled but did it anyhow. The fifth day, he told them he could only pay five cents. The kids left and never came back!"

Put simply, the overjustification effect, which is well-documented in psychological research, happens when people who genuinely enjoy an activity are suddenly incentivized for doing it and lose their enjoyment as a result. They think, "I am being coerced into doing this, which means I would not do it on my own, which means I would not want to do it."

Forcing students to attend a certain number of chapel services, then, will reduce their desire to attend chapel services. Considering that college is a huge transition point in students' lives, where some may end up falling away from the church, it is vital for Christian universities to give their students a solid foundation of faith. Mandatory chapel does not do this.

It is not only set up to fail by reducing students' intrinsic motivation to attend chapel, but it also gives students an entirely wrong idea of chapel. It is a classic example of what has been referred to as "Checklist Christianity," which is the idea that Christianity is nothing more than a set of tasks you must perform. If you go to church every week and say grace before meals, then you are a good Christian regardless of whether or not you have pursued any kind of personal relationship or experience within your faith.

Mandatory chapel makes a mockery of my faith by implying that it is, or should be, based on mindlessly performing a set of behaviors to check off of a list rather than on a deeply personal relationship and experience. It is also an ineffective method of allowing students at Christian universities to maintain a connection to the church. Fortunately, though, there is an alternative.

An elegant and effective solution for Christian universities is to strongly encourage local churches to try to recruit students by allowing them to host events and market themselves on-campus. This would catch students' interest by providing novelty when new churches provide all kinds of different ways to get involved. It also would introduce students to a church community they can stay with even after they leave college. Finally, it would encourage students to form a habit of going to church by taking advantage of the insufficient justification effect, which is the inverse of the overjustification effect: if someone does an action without an external incentive, they will create an internal reason to justify the action.

For example, suppose that a student goes to a church for a cool event that they heard about on campus. Someone at the church invites them to attend a service next week, so they do. Because they did not have an external incentive for attending church, they develop a personal internal justification for attending church. Consciously or not, they give themselves reasons to attend the church and are thus much more likely to continue doing it in the future and form a habit. And, unlike with mandatory chapel, there is no incentive that can be taken away to end the habit.

Schools that require mandatory chapel (such as George Fox University) should stop doing so, at least if they truly care about the strength and nature of their students' faith.

The Greenville College Papyrus: "Being Honest About Chapel"

My Little Corner of Personality: "Should Chapel Attendance Be Mandatory?"