If I don’t write about my friends, who will? 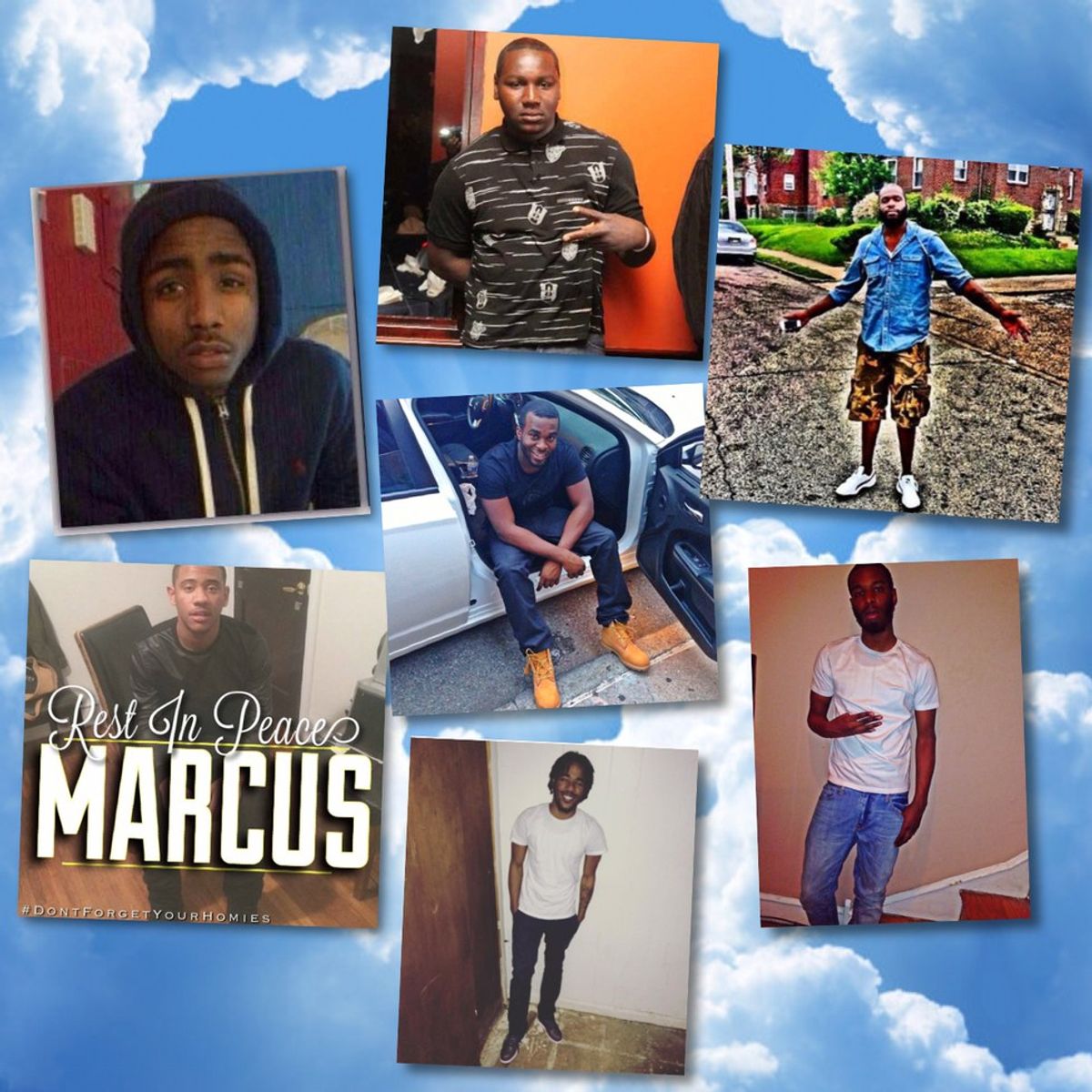 This article has been long overdue. If I don’t write about my friends then who will? If I don’t scream out their names who will? I can’t let my friends death be in vain. I made that promise to myself since I lost the first one. But as my palms are starting to close to represent the amount of places taken up I can’t help, but feel the need to speak up. I grew up throughout three different hoods of uptown in Philadelphia. My mom residing in Somerville, my father in West Oak Lane, and my grandmother in Mount Airy, which I prefer to call my home.

September 7th, 2012. I never lost anyone I knew personally because of gun violence. I’d lost family members because of old age, or disease, but never because of violence. I never imagined it would be so close to home. Paris D. Talbert. Paris was a good dude. Charismatic. His personality shined through his smile. Every time I saw Paris he was just as happy to see me. He was handsome, like real life good looking, so of course he had a crowd behind him. I met Paris through my cousin, and the three of us stuck together. Of course they were closer, like brother and sister, but the bond the three of us had was great. I was 14 and that was one of my best summers. Staying out later than I could, doing things we knew we shouldn’t have been doing, but having fun. I never thought our joys would be so short lived. I would come up Finley looking for Paris, sometimes before I would even call my cousin. We would hang out up there every day. Paris had a glow about him. People just gravitated towards him, just a good vibe. Finishing his senior year in school, working, and just trying to make it out. Though we lived for the moment, you were taken a moment too soon. He was only 17, and was killed as a result of gun violence. Year after year we celebrated your birthday, your family, and your friends. We come together at the park light candles, let balloons go, and do what Paris loved to do. My cousin and I showed up to everything. As the years drifted on fewer people started showing up on your birthday, fewer people were able to make it out on your anniversary, but we still showed. These past two years I haven’t been able to make it out, but I will never forget your name. I can’t allow your death to be in vain.

I ran out of the auditorium crying. January 8th, 2015. Kareem Davis was pronounced dead. He was shot the week before, hospitalized because of his upper leg wound and was suppose to live. An infection spread through his body and he died. And though we thought he was coming home, he didn’t make it back. I called Drevon, someone else from around our way to get confirmation and I couldn’t believe it. I couldn’t stomach it. Kareem... Reem. We call jokes “bids” where I’m from and he had some cruel bids. That was what came with Reem, his asshole sense of humor, his handsome smile, crazy dress game, and so much more.Being from Mount Airy was always such a great thing to me. I had a bond with my guys, my teams, my boys, from around my way. Reem was older, so I didn’t know him at first. But for the years I did I respected him. He was about his money, and was always himself. The constant bids every time you were around him. You couldn’t help, but love his character. He was someone I was around everyday. After school I was going around the way, and on the weekends I was around the way. Laughing, enjoying my life with my friends, and my cousins. My family. I never noticed how much we spoke until he was gone. Reem was the type of guy to FaceTime you when he was bored just to bid. Make your day. I couldn’t make it to the funeral. I remember you how you were. Strong, handsome, thorough, hilarious, and kind. I’ll never forget the friendship we had, the bond shared among my immediate group of girls, and our whole neighborhood family. I will never forget your name, I can’t allow your death to be in vain.

April 24th, 2016. I didn’t believe it would happen again. Though the thought resonated in the back of my mind, I thought everyone was doing good. Despite the friends of mine that were locked up, the ones that were home.. They were starting families, establishing lives for themselves, or coming home and getting ready to. Alex, I was so happy to see you when you came home. I was home for winter break and I hadn’t seen you in about two years, but you still had that silly smooth voice. You still had that smirky smile, that contagious laugh, and a good aura. I remember Mahogany and I calling you in the seventh grade when we would get in trouble and you would act like our Dad. You messed up and called one of us the others name one day and got us caught, but it was funny, we were good. You just get used to seeing people every day. Lil Al was another one of my brothers from around the way, my squad. It stabbed the tears right out of my eyes when I heard Ariel, my cousin scream on the phone. I never heard her this hysterical before. She even masked that side from me and the tears could not stop coming. I sat in my suite bathroom. I’m hours away in Baltimore and I’m stuck. My heart is heavy and I sat there for hours. I couldn’t believe it was happening again. I just spoke to Alex last weekend when I was home. Everyone from around the way was just out all together last night. Alive, living, having fun.This doesn’t even feel real. I’m still processing the death of Reem, and all of my other friends I’ve lost since then. I’m sitting here crying. All of my friends are dying. My friend Alex Cherry was shot in his head today. And I’m up school just listening to Ariel shrill, his body still was laying there. It was still there. They rushed to wash away our RIP Paris graffiti, but they just let my friend lie there. They drove past trying to capture the moment for Twitter, Instagram, and Facebook, and they watched you just lay there. I sat in the grass today and thought about simple, how sudden, and seclusive death is. I never imagined I’d be losing you. I could never forget your name, I won’t allow your death to be in vain.

Over the past two years I have watched more people from Uptown die than I can remember. Some from the many bodies emerging being my friends. I speak about Paris and Reem on an everyday basis, as they were apart of my life. After losing Alex, I sat there and felt the second-hand grief. I could only imagine what my friends were going through, what his family was going through. They loved him and we all knew that.

I advocate the importance of consciousness among our African American youth through my social media, journalism, and public speaking. I speak out for the young men and young women who have loss their lives to police brutality. The genocide on the black body that America promotes, but I can not remain silent on the genocide that is also taken place among my friends. The senseless violence has to come to an end some way. It shouldn’t take us continuously losing our loved ones.

Our children are kings and queens. We have to help them recognize their power. Their true potential. That in any pile of debris a city full of persistence and triumph will still rise and amount to the love. Though I only mentioned three names, my neighborhood has lost too many fallen soldiers. So I will speak up for them. I talk to my peers about the importance of writing. Of us, the youth writing. If we don't document or history then who will? I can not allow my friends to go unremembered. In A City of Brotherly Love, all of the brothers are dying.They are killing each other.. How can we win when we can not unite? Someone has to be willing to put up a fight. Or at least speak up. Rest In Peace to all of those lost to gun violence in uptown, Philadelphia, and all over the world.