You Don't Need A Relationship To Be Happy

I Used To Be The 'Relationship Girl,' But I Ditched That Toxic Mindset

If you rely on love to make you happy, you're mistaken. 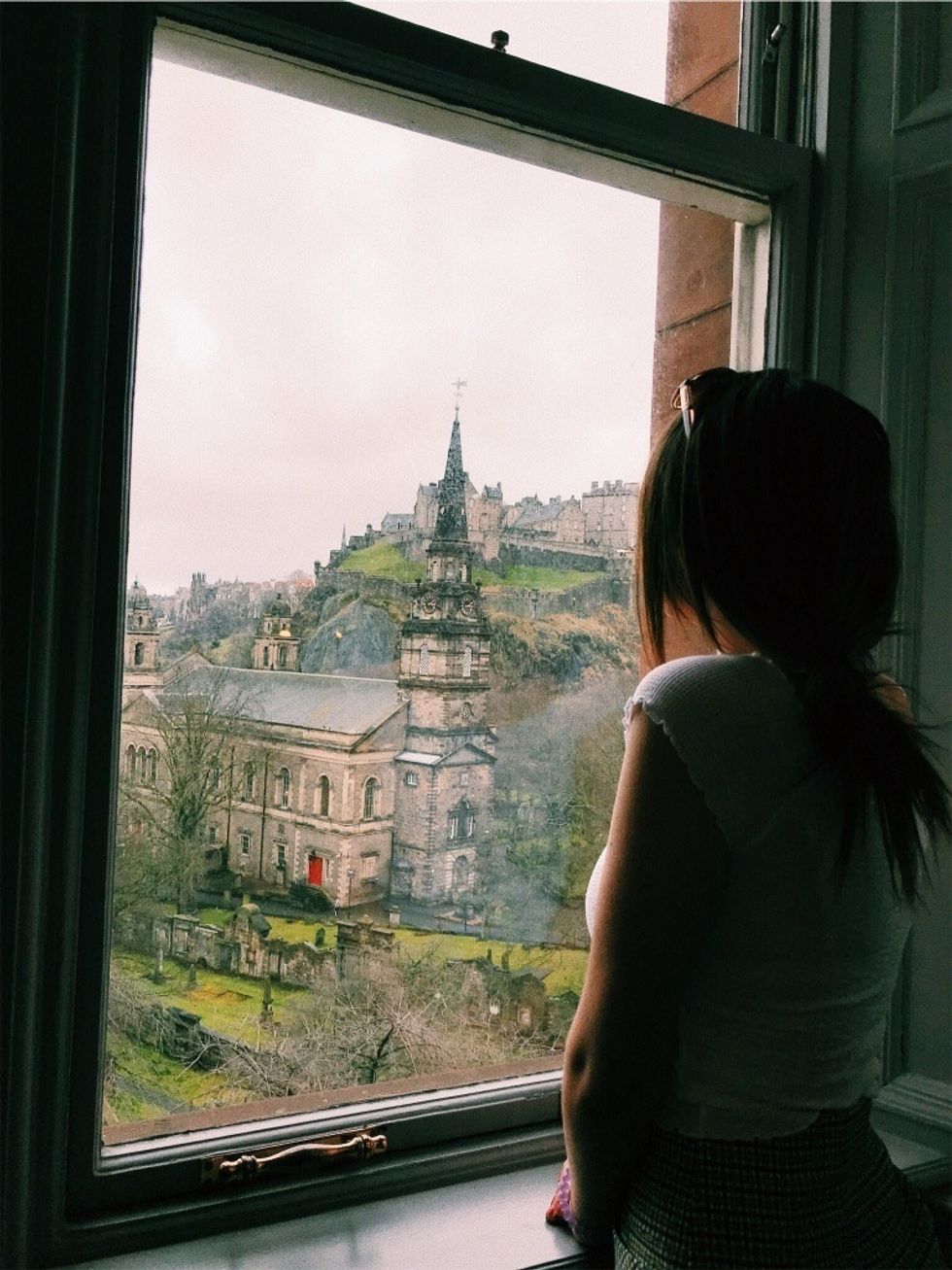 I used to have my entire wedding planned out. I wish I was kidding.

It would have been this quiet venue on the beach next to Lake Michigan in early June. Picture the color scheme: champagne and gold. I'd float down the aisle in an off-white mermaid style dress to Johannes Pachelbel's "Canon in D" played by a string quartet. My mother would swoon, my father would cry, my single cousins would watch with doe-eyed hope and just the right amount of jealousy — take that for being cooler than me in high school!

It was to be a night of Pinterest-enviable mason jar centerpieces, perfectly frosted cupcakes, and bittersweet toasts to elegant glasses of sparkling wine. It would be Corinthians 13:1, a sappy slideshow with our infant bathtub pictures side by side, and vanilla cake with a little plastic bride and groom. And then, finally, at the end of the night, I'd collapse into the arms of the mystery man who would finally become the missing part to my incomplete pieces.

"Damn.. who hurt you?" you may wonder. Allow me to explain.

Look, if you're reading this and you're in a committed relationship, please stop yourself before you come for me in the comments with the wrath of a thousand hellfires. Because, if you are with someone you truly love, then good for you! That's awesome. I have no problem with love. Love is great. I know it may not seem like it from the sounds of it, but I'm happy for you. Truly.

I'm not writing this to piss anyone off. I'm not writing this to raise eyebrows or get clicks nor because I'm the desperate girl that's salty about not having a boyfriend. I've dated around for a decent amount of time, and I promise I do know what I'm talking about. So how did I go from a #softboi who cries over Viagra commercials of a middle-aged couple holding hands on a park bench to the mere thought of being cuffed by another human being making me want to vomit in my own mouth, swallow it, then throw it all up again?

I've come to learn that idealizing love is a huge problem. And I think it's a huge problem that many of us, specifically girls, are taught from a young age. Take "The Little Mermaid." We were about three-years-old when we first watched Ariel trade her own mermaid tail and literal voice all for a man who says a total of two words in the entire movie and has a shape-shifting sea witch for a side chick. We're taught to parade around in lipgloss and princess crowns in our quest for our perfect Prince Eric, whilst our Y-chromosome peers are given gold stars for playing with Legos and eating their own boogers.

We swear to ourselves that we will raise our daughters to be strong women, yet we feed them crap like this. It just seems hypocritical.

We call our lovers our other halves, our missing pieces, as if we are not already complete by ourselves.

True love is not about completion. It is not about finding someone that makes up for an inner emptiness we think we have. And if you think finding love will be the thing that makes you happy, you are mistaken. People and our relationships with them are not tools we can use for our own happiness and gratification because happiness is a state of inner peace and acceptance. It can not be found externally, and that's where I think so many people get it wrong.

Growing up, too many of us rely on boys to tell us we're pretty and special because deep down we might not believe those things ourselves. I believe them now, though. And I can also say with confidence that in those times where too heavy of an emphasis was placed on my romantic relationships, I was in dire need of myself more than anyone. So, I say screw it. I say screw giving up our glittery mermaid tails. I say screw it to compromising any parts of ourselves for another person. Because that's not what love is. It can't be.

Maybe, someone, someday far in the future is going to come around and change my mind about all of this. Maybe, deep down I hope someone will. For now, though here's what I know:

I know that the last thing I want is to have to check in with another person any time I do anything, ever.

I simply don't need someone to be nagging me when I'm out with friends. I don't need snarky comments about my outfit choices (example: "You're wearing that out tonight? The guys are gonna be all over you."). I don't need someone to be worried about my guy friends who are just that — friends — nor to tell me that he doesn't trust the intentions of other men around me. I've picked up on these terrifying behaviors too many times, in my own relationships and in those of my closest friends. Something about it is so icky to me. Because love should be about being happy and free. Love shouldn't be about having possession or ownership over another person. I could be wrong, but I don't think that's what love is. It can't be.

Love shouldn't be about having ownership over another person.

We worry about being "too much" for our male counterparts: too loud, too moody, too honest, too sarcastic. We worry that our confidence, our intelligence, our opinions will scare them away. So we make ourselves smaller, and we curl our hair and fetch Miller Lites from the cooler for boys that wear tropical shirts to social events and smell like literal ham.

If I'm ever going to let someone love me like that again, I want them to love me for my strength rather than being threatened by it. I want him to know that I would be perfectly okay without him, and for him to not only accept that but to love me for it. Maybe that's too much to ask because I haven't met anyone who was ready to embrace those parts of me yet.

It's pretty surreal. That the thing I used to want more than anything, a relationship with a boy who made me the center of his world, now sounds worse than gouging out my own eyeballs with a spoon. It could very well be that I've simply changed over the past year or so, as well as the fact that I've discovered what I want to accomplish in life. It could also be that I'm jaded from my personal experiences. It could be that I'm just young, stupid, and completely wrong about all of this and I'll change my mind once I'm older and wiser. I don't think I'll be changing my opinions about this anytime soon, though. I'll let you know if I do.