Why You Need To Register For The 2016 Election Right Now
Odyssey
CurrentlySwoonLifestyleHealth & WellnessStudent LifeContent InspirationEntertainmentPolitics and ActivismSportsAdulting
About usAdvertiseTermsPrivacyDMCAContact us
® 2023 ODYSSEY
Welcome back
Sign in to comment to your favorite stories, participate in your community and interact with your friends
or
LOG IN WITH FACEBOOK
No account? Create one
Start writing a post
Politics

Why You Need To Register For The 2016 Election Right Now

It's simpler than you think. 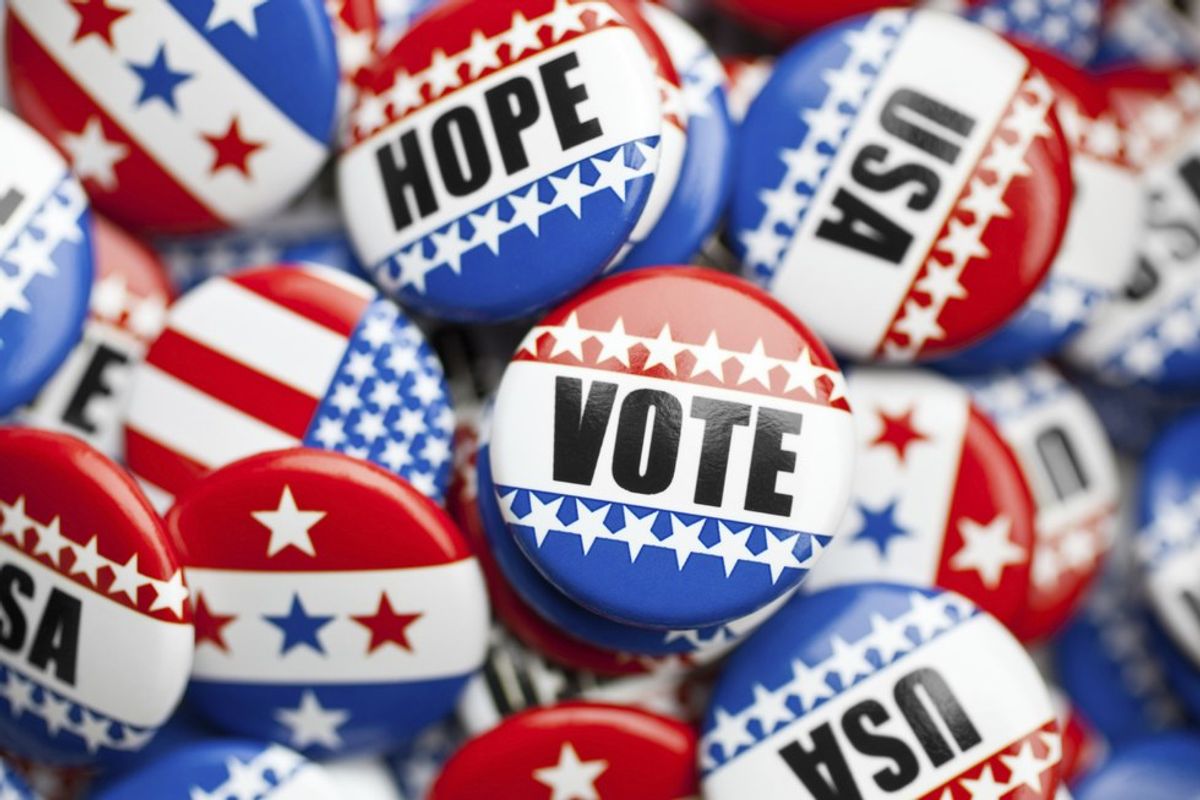 As Election Day creeps closer and closer, the importance of registering to vote becomes more apparent and urgent. The U.S. has a population of 318.9 million people, in which there are 215 million adults eligible to vote but there are only 158 million people registered. If you’re an eligible American adult, you need to register to vote immediately.

Facebook began their initiative to help register users to vote in late September. People over 18-years-old were shown a banner at the top of their News Feed that encouraged them to register with only a few simple taps. You have probably seen articles, similar to this one, that talk about the importance of registering. Writers remind readers that Americans were given the privilege to vote and it should be taken advantage of. Women, more specifically, are consistently targeted and lectured about the women’s suffrage movement that paved the way to female voices being heard today. But this still hasn’t been enough to get American adults to register.

There are people who think their vote won’t matter in the end. The idea that Donald Trump is destined to win is also another reason people refuse to register and/or vote. But these reasons are wrong. It’s true, millions of Americans support Trump but there’s also millions of others who support Hillary Clinton and the Democratic agenda. Not to mention, there are Americans who agree with Third Party candidates like Gary Johnson and Jill Stein.

It seems each time we turn on our TVs, the latest news is mainly about the two presidential nominees and their latest insults towards each other. This may even get annoying but it’s important to realize the historic time we’re living in. It can be intimidating hearing about Trump voters who believe that illegal immigrants should be deported, that Middle Eastern people are terrorists and that women should be treated like commodities. But, as Daily Intelligencer’s writer Ed Kilgore's article says, “Trump Has A Voter Registration Problem.” Millions may support Trump but that doesn’t mean they’re going to go out and actually vote on November 8th. This make a difference in perspectives about the overwhelming 2016 election and you can take this as an opportunity.

An individual who isn’t content with what has been said in the presidential campaigns and wants their voice to be heard needs to register to vote now. Registration is simple– it can be done through mail, online (if you have a DMV card) or in-person. I printed my form on computer paper, filled it out, slapped on a stamp (without an envelope), taped it shut and mailed it off. After only a week, I was active on the New York State voter database and I received my approval in the mail. I have personally urged my family and friends to register, and will also drag them to the voting poll places myself if I have to.

The deadline for New York State is Friday, October 14. There are already several states who have moved the registration date to Monday, October 10, which is Columbus Day, a national holiday when government buildings are closed. Even Florida didn’t extend its deadline although Hurricane Matthew disturbed many American lives.

But in whatever way you decide to register, make sure you do it right away. If you come to the decision that it’ll be alright not to and you don’t end up liking how our nation is run in the future, you won’t have the right to complain because you didn’t even bother to register to vote.