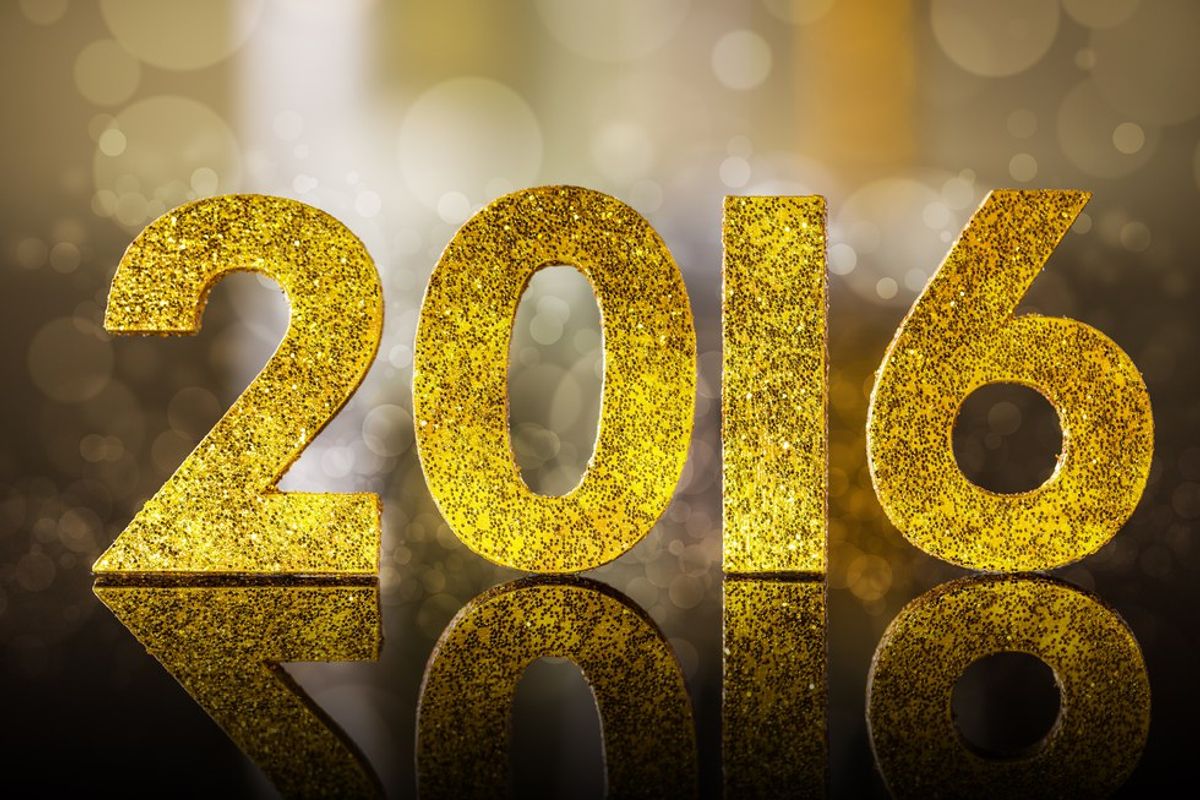 Well. Another year is about to be gone and it just seems like yesterday that it just started. Before we all leap into 2017, let us take a moment to remember some of the events that happened over the year.

Some of the first events that pop in my head when I think about 2016 are the Election and different social movements such as 'Black Lives Matter'. The Election was momentous. The United States along with families and friends were at such a divide. It was so divided that people thought the world would have ended with this Election, but we are all still here so that is cool. Many social reform movements came out over the year. Starting with ' Black Lives Matter' which eventually lead to 'Blue Lives Matter' to defend the lives of law enforcement which finally lead to 'All Lives Matter'. These social movements do have a purpose and I do believe these movements can do some good but I think over the course of this year, too many people went to extremes and allowed for pieces of these to fail. They all have great concepts but were not executed well throughout the year. Maybe they will work in 2017. Who knows.

The internet during 2016 was an interesting place. Many memes were being created from Spongebob starting with Mr.Krabs and ending up with memes that contained Squidward, Patrick, or even Spongebob himself. An internet war began after the death of Harambe and from my own personal feelings, one too many memes were made about that gorilla. Dabbing and 'yea boy' came out from the minds of regular internet attendees this year. And the best yet, Obama and Biden memes were created after the Election which anyone can laugh at no matter what side you were on.

Bringing it closer to my home, Arkansas Tech has grown. There are plans for updating and building. There were wins for several of the sports teams and the band got some pretty awesome new uniforms.

The last trip down memory lane for 2016 is myself. The year has been crazy like every year before it. I have had many ups this year. I joined a music fraternity, became friends with a person that was originally an enemy, I have improved in my flute playing, and recently got into a relationship where he treats me like I am a princess. My downs, though, got pretty dark. I lost myself for awhile this year and it was the most frustrating thing, but I got through it and had more ups after that.

Overall, 2016 can be said to be the weirdest year the world has gone through, But at its bitter core, it was a great year to put down in the books.

QueenRadhi
The State University of New York at Stony Brook
2416