Redefining Sexist Slurs: How Women Can Rewrite the Rules on Labeling

Redefining Sexist Slurs: How Women Can Rewrite the Rules on Labeling

Why it’s important to not only destigmatize sexist slurs, but to change the meaning altogether. 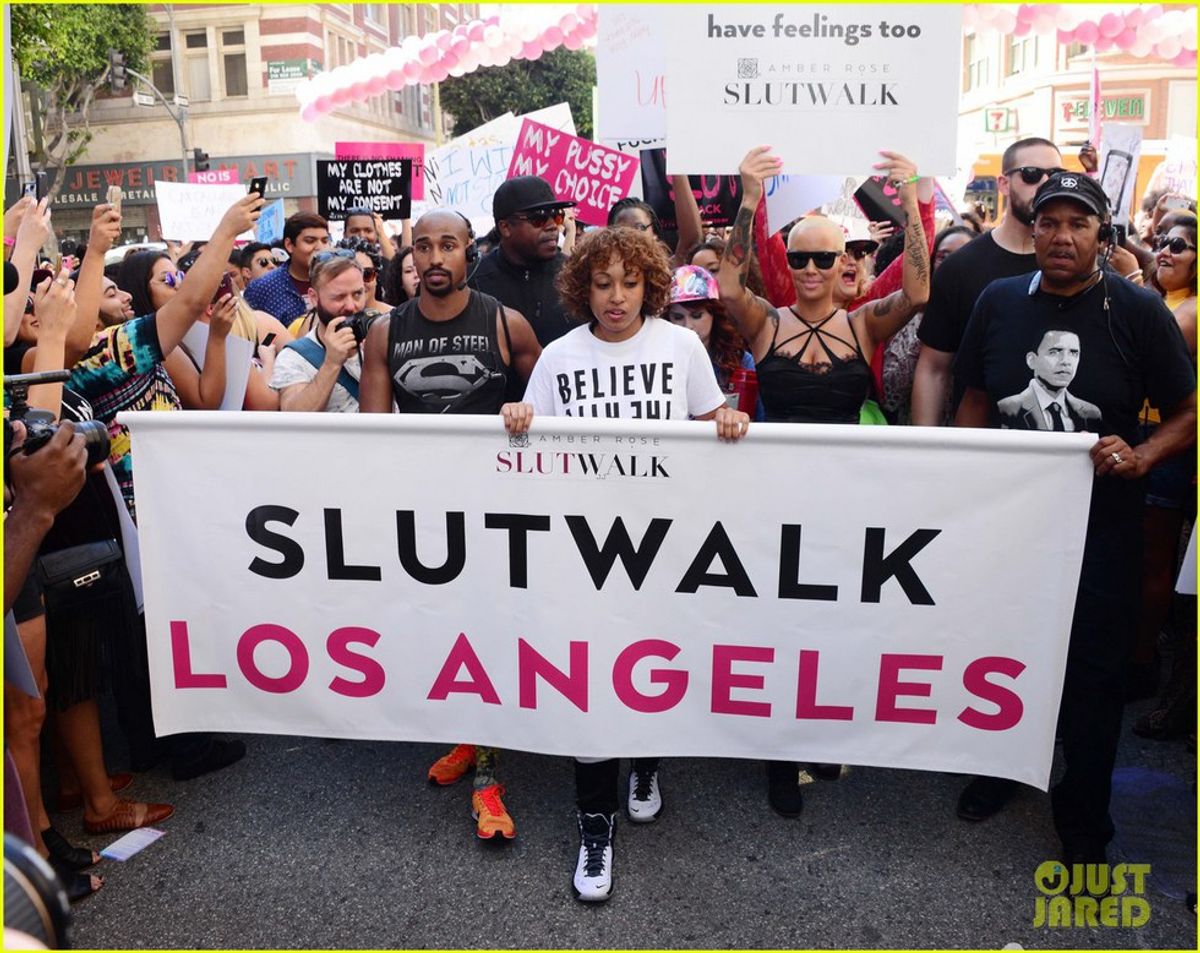 Ladies, think about the last time someone called you a “slut” or a “bitch.” Was it thrown your way after you didn’t respond to some strange group of men's catcalls on the street? Did you hear someone murmur it under their breath after your brilliant idea trumped everyone else’s at work, or perhaps when a co-worker stage-whispered to you what was written under your name on a stall in the men’s bathroom? Or maybe you and your girlfriends regularly pass it off as a term of endearment while together on lunch break or curled up in someone’s apartment with cocktails in hand?

Either way, for quite some time labels like these have been walking a tightrope-thin line between derogatory slurs and casual nomenclature between friends. It really has come to depend on the speaker and audience to determine which is which. But if we as women have the power to transform an insult into an empowering expression, why aren’t more of us doing it? Redefining what a patriarchal society unfairly deems as weaknesses in our gender sounds like something everyone should be on board with, but honestly I still have to think twice before my lips form the words “slut” or “bitch” to make sure it doesn’t come off as offensive in the wrong company. Because even though this type of slang is usually reserved for people whose friendship runs deeper than Facebook, there is still a crowd of people out there who view feminists openly putting a positive spin on these labels as eccentric and radical.

To those people, I say let’s start by examining the origins of some examples of demeaning language directed at women. Where did these words even come from? According to one eye-opening article on Today I Found Out, the terms “slut”, “dame”, and “broad” were colloquially used for centuries before morphing into insults. The article reveals that in the 17th Century the word “slut” originally referred to maids or servant girls who were “‘messy, dirty or untidy’” and later mutated into a negative description of promiscuous or ugly women and even waste receptacles – no kidding, a snippet from an 1862 English newspaper once hilariously noted, “There are a good many slut-holes in London to rake out.” The article goes on to establish that the word “dame” once described a woman in power, like a wife or mistress, and the word “broad” once defined a woman with loose morals. Fast forward to today and you'll find that these word meanings have also branched off into offensive territory. For example, even though Urban Dictionary defines the modern use of "dame" as "a classy, beautiful woman," the word is also negatively associated with slang like "dame bamaged" ("when a woman fucks up your head") and "dame brainage" ("The obvious cerebral injury suffered by most women functioning in today's society"). Likewise, the word "broad" is charmingly referred to as, "Less respectable than a lady but much more respectable than bitch."

Language is more influential than any other form of negotiation. The way we address and communicate with one another dominates what pop culture deems as appropriate and for too long language has been used against racial, sexual and gender minorities to make them feel small.

That’s why within the last twenty years or so, some women have campaigned to ‘take back’ loaded words like “bitch” and “slut” and resell them as shameless descriptors of brave women. In a candid 2014 interview, co-founder of Bitch Media Andi Zeisler explained how arguably the most celebrated and boundary-pushing feminist media group today got its name 20 years ago. While rocking adorable cats-eye glasses, Zeisler illuminated how in the late ‘90s the word “bitch” was primarily targeted toward, “women who spoke their minds, who said things maybe people didn’t want to hear and who stood up for themselves.” Zeisler and her co-founders latched onto this idea as a way to promote smart, opinionated women who deserve a voice unencumbered by a patriarchal choke hold.

In a similar vein, pop culture icon Amber Rose has worked to end the concept of “slut-shaming” with her annual free feminist event Slutwalk in Los Angeles. This one-day festival has been spreading awareness about sexual assault, victim blaming and gender inequality since 2011 when it formed, according to the Slutwalk website, after an ignorant Toronto police officer told a group of college women; “Women shouldn’t dress like ‘sluts’ if they don’t want to be sexually assaulted.” As a former stripper who was first slut-shamed at age 14, Amber Rose recently spoke up about embracing the word “slut” because she felt it gave her power back: “I embrace the negativity; that’s my thing, that takes the pain away for me.”

It should be noted that women aren’t the only minorities redefining labels, but they certainly seem to be turning the most heads by doing so. It’s common knowledge that in the African American community, the “n-word” has been reworked from its original offensive connotation into an expression of friendship used between black people. On the other hand, the word “gay” is sometimes casually thrown around by younger generations to mean “stupid” – i.e. “That’s so gay.” The fact that people are still creating negative connotations for minority terms like this is even more disturbing to me than people recycling the same derogatory remarks.

I believe the language we use holds the most power in determining how we choose to treat each other. If more women can see the importance of how redefining words like “bitch” and “slut” – terms society view as flaws – into something empowering, then we become in control of how we deserve to be seen. By not only removing stigma from sexist slurs but changing the meaning altogether, we take away the ammo used to keep us down by ignorant people and become bulletproof in at least one more way to sexual injustice.