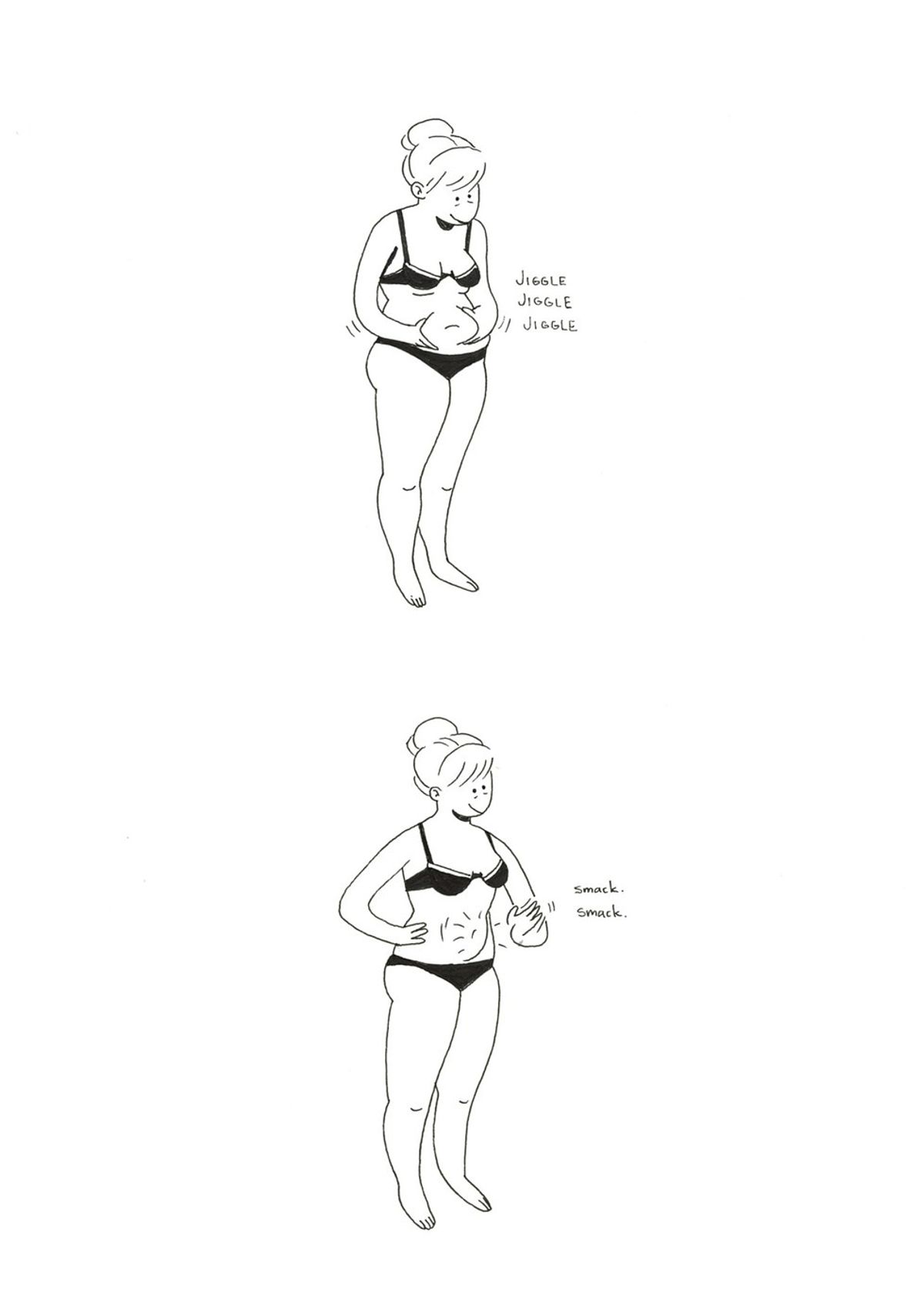 It always stings a little when people say things like, “oh, I’m so fat,” when they go in for a third slice of pizza or “I need to start working out, I’m getting fat” when they look at themselves in the mirror. Maybe worse than self-putdowns are actual insults, like the whole “that person would be attractive if they weren’t so fat” discourse. All of these statements indicate that “fat” is a negative attribute, one that makes a person unattractive — one that should be “corrected.”

But there’s no reason “fat” should have a negative connotation — it’s a physical descriptor, just like the words brunette, tall or blue-eyed. There’s nothing wrong with being fat, and the negative discourse surrounding it stems from a disapproval of fat people. Those who use fat as a pejorative perpetuate the idea that being fat is wrong and that the ideal body is thin. Reclaiming the term as a positive descriptor was very important in the process of learning to love myself.

My journey of self-love started in eighth grade, a low point in my life. I went on what I called a diet, but it was more like a structured eating disorder. My dream was to be skinny — that was my only goal because once I was skinny all the other desires would follow: I’d get more friends, have a boyfriend and be stylish. My hatred of being fat consumed me for almost two years.

After trying to fix my body and then realizing that what made me miserable was my disapproval of how I naturally was, I tried to reverse the damage I’d done to my psyche. A huge part of this process was recognizing that, yes, I am fat, but that doesn’t make me any less beautiful. If anything, it made me more beautiful.

And when I say fat, I don’t just mean curvy and wide-framed. I mean stomach rolls, thighs constantly touching, flabby arms. I used to hate those things about myself. I used to avoid the word “fat,” instead using “big-boned,” “chubby” and “heavy,” avoiding the reality of my fatness. I was so afraid that being fat meant that I was ugly.

When I call myself fat nowadays, it’s almost always with a sense of pride. I’m a beautiful fat chick — no more of this “fat but beautiful” discourse. Sometimes when I call myself fat, people quickly tell me I’m not, worried that I’m trying to put myself down. I end up having to clarify that it’s just who I am. Occasionally, people will try to tell me that I’m not fat, that there are people fatter than me, that, if anything, I’m just chubby. I get what they’re saying, but here’s the thing: I’m the one who decides if I can use the word “fat” to describe myself.

That’s why it’s called self-image and self-concept. If I really wanted to prove my fatness, I’d tell the person all about my adventures in clothing stores, finding out I’m a size (or two, or three) bigger than I thought or being limited to the plus-size section because bigger people apparently need an entirely separate wardrobe. More than a disagreement, telling someone that they aren’t fat in this context can invalidate their identity, especially if their identity and their self-love is based on that acceptance of their fatness.

Everyone has their own idea of who they are, and for some people, part of it is being fat (to any extent). There is no room for negativity in this new era of body-positivity and self-authenticity. It’s OK to be fat — more than that, being fat is awesome and beautiful.
Report this Content
This article has not been reviewed by Odyssey HQ and solely reflects the ideas and opinions of the creator.