The REAL Science Behind Strawberries
Odyssey

The REAL Science Behind Strawberries

How much do you know about the toxins in your non-organic strawberries? 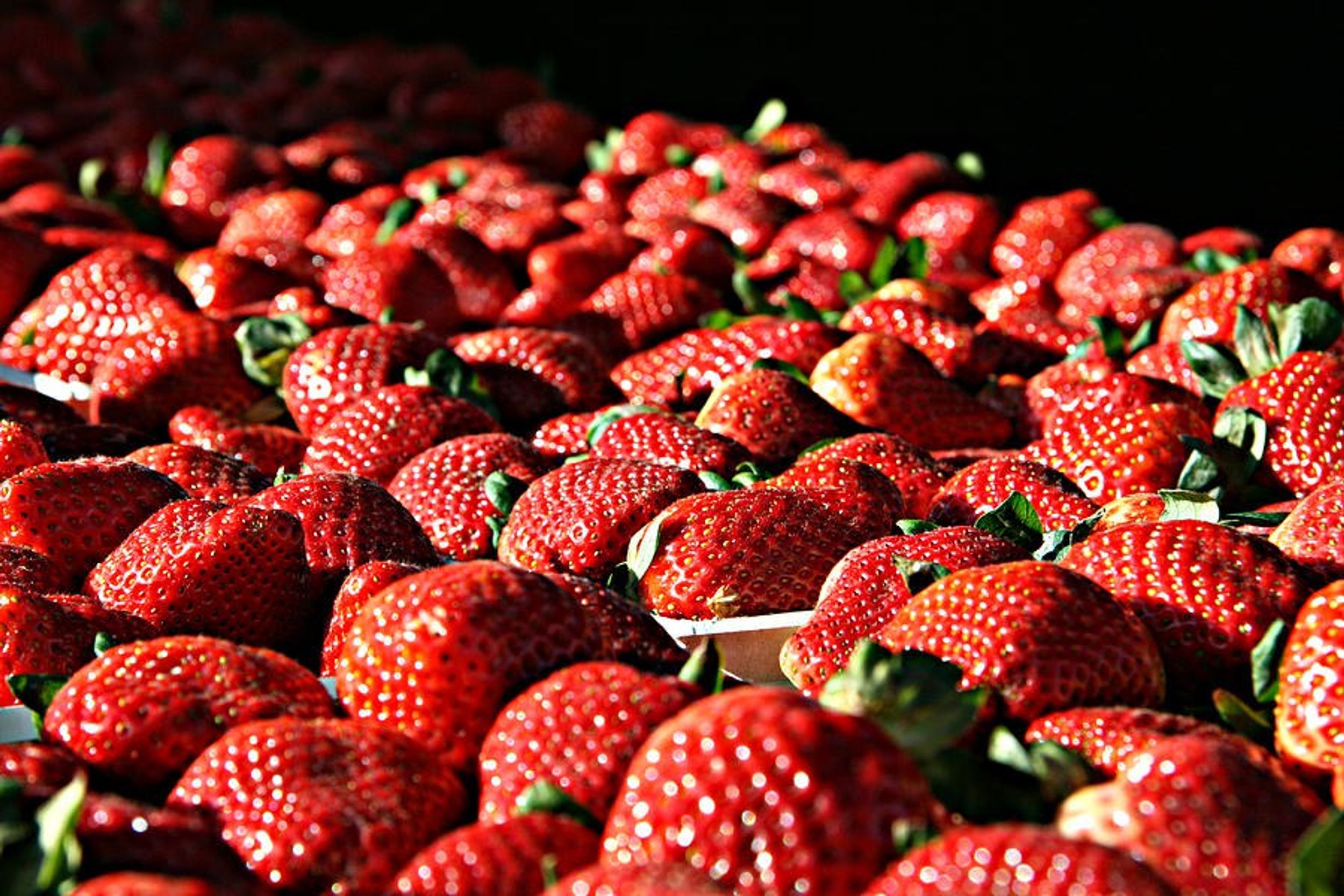 What chemicals are in your fruit? Up to 88 percent of all strawberries in America originate from Northern California farmers, according to the California Department of Food and Agriculture. Americans may only be used to one common type of strawberry: Everbearing Strawberries. According to Agriculture, there are 103 distinct and subspecies of strawberry plants yet Everbearing are most commonly grown because that's what Americans are used to eating. Strawberries are an annual crop that is consistently harvested in California. The consistent warm weather allows for these crops to peak at their highest produce rate. Are the chemicals and fertilizers in strawberries for human consumption?

Strawberries are commonly recognized for their porous seeds on the exterior skin of the fruit. These seeds enlarge over time and pull away from the fruit after the fruit ripens. According to Grown in California's website, "Strawberries are one of the most...nutritious fruits." Strawberries are a common summer treat. They are juicy, brightly colored and a ripe, sweet treat in the summer. An average serving, eight medium-sized strawberries, contains 20 percent of the recommended value of folic acid, vitamin B (which has been proven to reduce the chance for birth defects, brain and nerve disorders in women who are pregnant), zero grams of fat, sources of potassium, folacin, and fiber that makes up for only 50 calories per serving. According to Madelein Edwards, a Toronto-based dietitian, "One serving of strawberries contains 51.5 mg of vitamin C - about half of your daily requirement...Double a serving to one cup and get 100 percent." Vitamin C is an immunity booster and contains antioxidants. The phytochemical that exists in strawberry’s chemical makeup, scientifically named "ellagic acid," that has been proven "to yield anti-cancer properties like suppressing cancer cell growth, Edwards adds. Specifically, strawberries contain the antioxidants lutein and zeathancins. Antioxidants neutralize the cell's negative behavior and prevent further damage to the body’s cells. Harold McGee’s On Food and Cooking: The Science and Lore of the Kitchen explains the chemical structure of strawberries, “…the berry is…filled with tiny air pockets, and its shape is maintained by the pressure of the cell contents pushing each cell onto its neighbors…when this pressure is released, by water loss from drying out or from freezing that punctures the cell walls, the structure weakens and the fruit becomes soft and mushy” (365). The scientific names of the common strawberry in America is recognized as F. x ananassa (365). According to Grown in California's website, there are 700 different strawberry farmers throughout California, taking up a total of 20,000 acres annually. However, because strawberries are such a highly demanded fruit, farmers feel the pressure to grow the biggest and brightest fruit to keep up with the market.

Strawberries reach their most ripe season between April and May, yet California produces and ships strawberries globally all year long. Through GMOs and specific farming, strawberries are able to grow year round in California, but nutritionists and organic farmers question the morality and healthful choices of this man-made change to this crop’s harvest period. GMOs (Genetically Modified Organisms) are crops that have been grown through the use of direct genetic manipulation that fundamentally creates a new species of an organism that could not naturally exist or be found in nature alone. GMOs are added into strawberries to either protect from common pests or to be resistant to other pesticides in the fields in which the strawberries and other crops are grown. Scientists produce GMOs in laboratories for future human consumption by adding DNA from another plant and cloning these characteristics in the original plant and modify the genetics to make them more resistant to bacteria, diseases, bugs, and drought. These qualities produce a better appearance, taste, and resist mold longer than natural fruit.

Strawberries have become an environmental, health and chemistry interest for years. According to Leah Zerbe, a writer for Prevention News, the U.S. Department of Agriculture (USDA) reported that each strawberry can contain an average of thirteen different pesticides. For decades, The Environmental Protection Agency kept a close eye on the strawberry production in California. The use of methyl bromide has been a controversial issue in that it is a greenhouse gas emitter that is heating up the Earth's ozone layer and it also has unknown health effects on humans who consumer byproducts of this fertilizer. In order for fruit to be classified as "certified organic," the soil must avoid all synthetic pesticides and artificial soil enhancers. Not only is this expensive and time-consuming for both the farmer and the consumer, but this is scaring consumers away and causing them to develop a distrust of strawberries and their production.

The World Health Organization classified that these chemicals may be a "probable carcinogen" and can link to the growing risks of cancer as a society. According to Dr. Margaret Reeves, a senior soil scientist at Pesticide Action Network, "With names like methyl bromide, chloropicrin, and Telone (1,3-D), these fumigants are linked to cancer, hormone disruption, and developmental problems in children...We have waited far too long for action; California and federal officials need to create a clear roadmap to phase the use of these chemicals out of all agricultural production by 2020." Regulation explains that it will take years for farms to feel inclined and encouraged by consumers to invest in less-toxic chemicals for their strawberry fields.

The Pesticide Action Network Analysis found 54 different residues among a random strawberry sample. Apparently, these pesticides are detected to contain nine possible carcinogens, twenty-four possible hormone disruptors, eleven neurotoxins, twelve developmental/reproductive toxins, and nineteen honeybee toxins. If people can get sick just from eating these strawberries over a long period of time, what does it mean for the farmers maintaining the land and the pesticide drift and air pollution that the soil can send off? Throughout the nation, there are no laws that require genetically modified foods to even be labeled. Only Connecticut and Maine have passed laws to require labeled foods, but why aren't federal laws seeing this problem arising as a current and future health issue for Americans? This isn’t good news - at a consumer or at a chemical and scientific level.