The controversy of banned books. 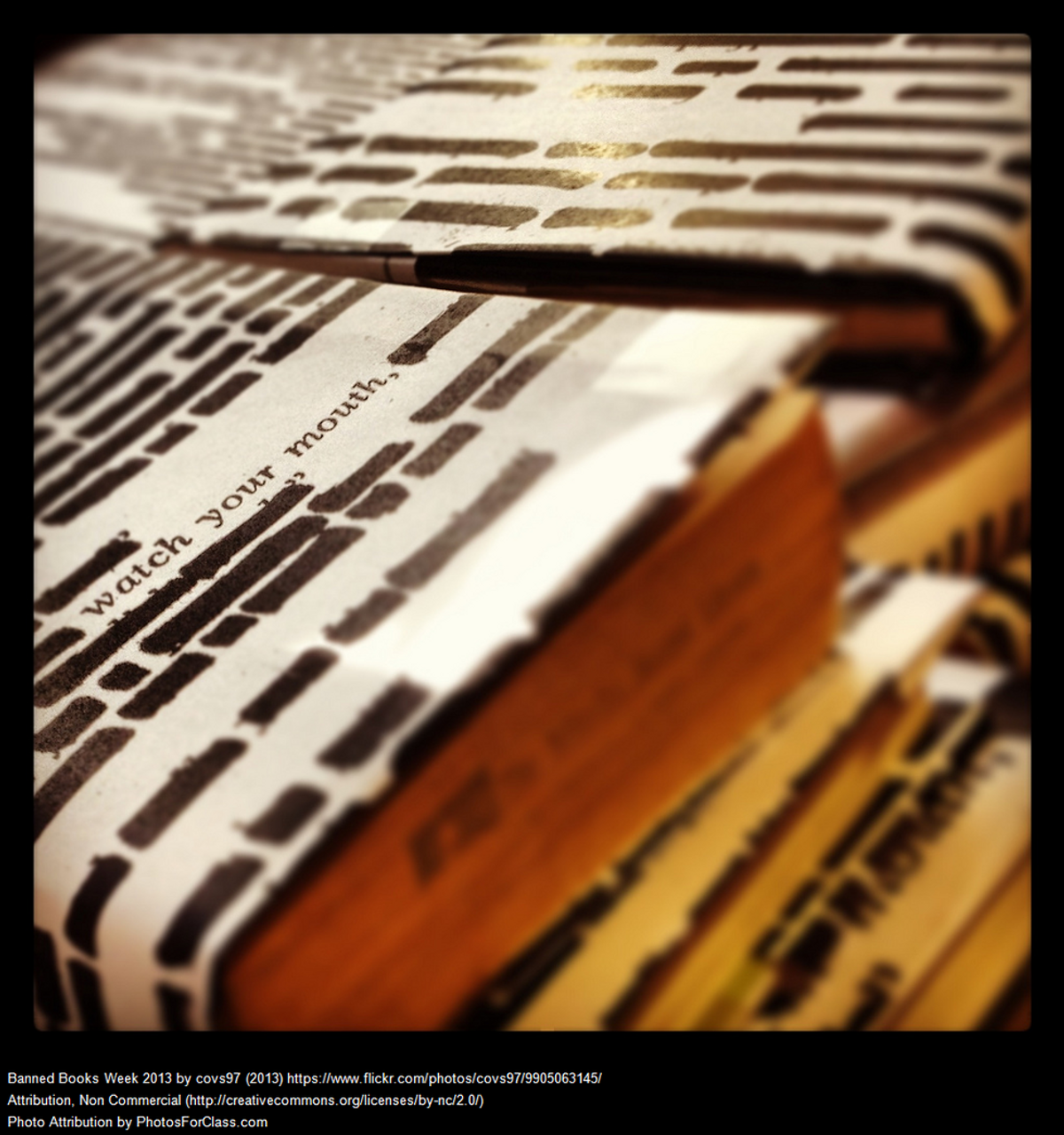 Banned Books Week was a couple of weeks ago. Books on this list include: The Adventures of Huckleberry Finn by Mark Twain, Beloved by Toni Morrison, The Catcher in the Rye by J.D. Salinger, Gone With The Wind by Margaret Mitchell, The Great Gatsby by F. Scott Fitzgerald, and To Kill A Mockingbird by Harper Lee. Last year, Looking For Alaska and Fifty Shades of Grey were banned. At one point, some banned books even included the Harry Potter series and the Bible.

No book is banned for the exact same reason, and some books are banned for reasons that can’t be pinned down. Most of the time, however, books were banned because they talked about something that made people uncomfortable or offended.

A book like Fifty Shades of Grey was banned for one obvious reason: it contains lots of sex. It’s also a terribly written book, but, unfortunately, that’s not why it was banned. A lot of other books, like John Green’s Looking For Alaska and The Catcher in the Rye, were banned for "offensive language."

All banned books are considered controversial, but some even utilize racism. For example, Gone With The Wind is clearly filled with racism. The Adventures of Huckleberry Finn is full of racial slurs. For those reasons, it makes sense that they were banned. So why does anyone bother to read these books in today’s world?

To begin with, I do not think that middle schoolers, or even high schoolers, should be assigned to read controversial books like Huckleberry Finn. This isn’t because the books aren’t written well, or because high schoolers aren’t smart enough to read them. It is, however, because high school does not teach students how to analyze the books more than a great work of literature. High school will not, for example, ever address the question: Is Huck Finn racist or satirical? In high school, books are analyzed in a much different way than in college. In college, students learn how to criticize a text through both a critical lense and a moral lense. The book is analyzed as a well-written work that also poses problems. In high school, students are instructed to only look at a text as a great work of literature, but are told to ignore its important issues, issues, such as racism, that cannot be ignored.

So why read banned books? Reading a controversial book is like molding two arguments together; it’s like asking yourself: Why do some people find this controversial and some people don’t? Do I agree with one argument over another and why? What is the author trying to say by utilizing these elements in the book? What purpose do they serve?

By asking yourself these questions, questioning your own thoughts and feelings, and exposing yourself to new ideas, you become more open-minded.