Ranking the Films in the Star Wars Franchise
Odyssey

Ranking the Films in the Star Wars Franchise

Ranking the films of my childhood. 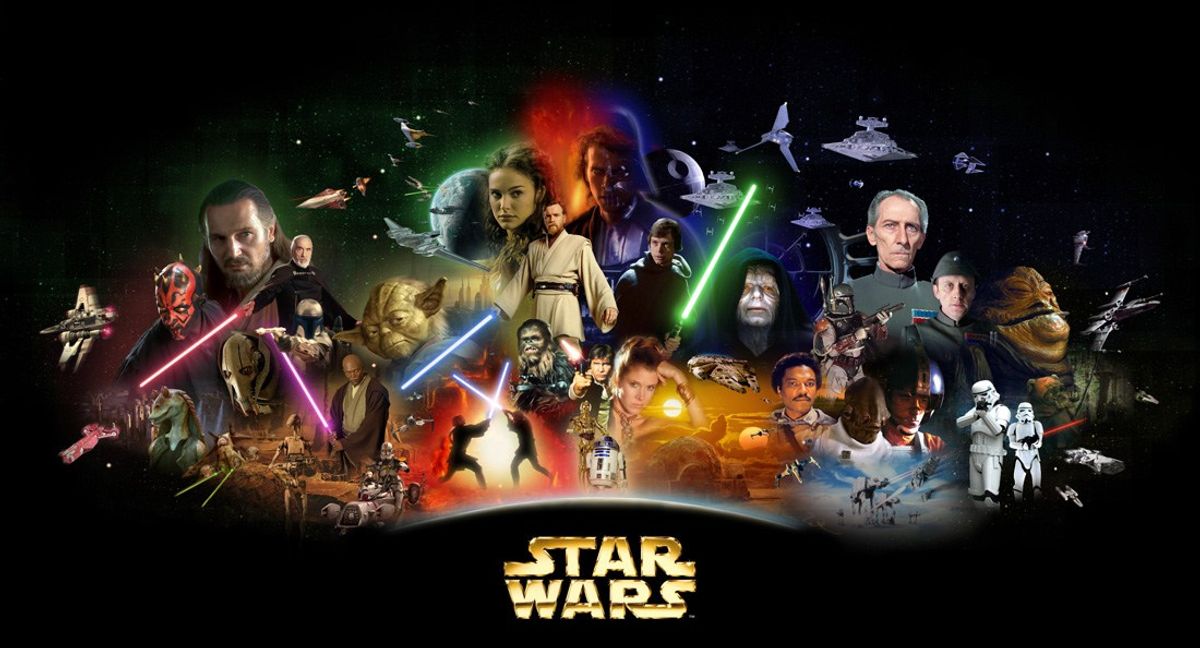 As a kid, I have fond memories of watching classic movies. Staying up late past my bedtime, eating junk food, and spending quality time with my dad, while watching ageless classics are times that I will always remember. Probably the first movies that my dad introduced me to were the space epics known as Star Wars. There was something about lightsabers, Darth Vader, cool spaceships, impressive special effects (at least at that time), and that galaxy far, far away that left ten-year-old Caleb a fan for life. Almost ten years have passed since then and a few new Star Wars films have since come out with more to come on the horizon.

With The Last Jedi coming out this past weekend, I thought I would pay homage to the films of my childhood and rank the 9 Star Wars movies that have now made their way onto the big screen.

Growing up, all the movies were awesome and exceeded my wildest imaginations. The music was top notch, the action felt satisfying, and the story was easy enough for a kid to follow. But, one movie had to get last place. That movie, unfortunately, is The Phantom Menace

(1999). Sure Liam Neeson certainly elevated the film and brought his scenes to another level as the Jedi Master Qui-Gon Jinn. But as a whole, looking back on this film years later, I think this movie had some bad luck trying to meet peoples’ expectations following the Original Trilogy. Also, being a prequel, most of the audience had a general idea of what was eventually going to happen. Unlike some movies down the road that would use this as a strength, The Phantom Menace let this bog it down with political filler, boring dialogue, and some especially cringe-worthy CGI. All in all, though I do not condemn this movie just for its disappointing animations and for being boring, it definitely did not live up to its predecessors.

Okay, I just want to say this up front: I will not just be bashing the Prequel trilogy, but that being said, it just wasn’t as good as the Original. Picking up years later after the first movie, the basis of the plot revolves around a love story and some more political filler. Sure, a love story isn’t inherently bad, but when the chemistry isn’t there between the two actors (Hayden Christensen and Natalie Portman), it doesn’t make it the most interesting. Aside from a few plot holes and continuity errors that make it a tough sell, this movie isn’t even that bad, but for a Star Wars film, it falls short of what many hoped it would be. The presence of Count Dooku, more Yoda, and some better action sequences put this slightly above The Phantom Menace for me, though I bet if you talked to some people, these two would be interchangeable.

Highlight: The Clones and the Yoda vs. Count Dooku Duel

This will be a controversial pick for many people, but to me, it fell short of expectations. Being the newest of the bunch, the animations and special effects are most impressive and the set pieces are beautiful. But in the end, it feels a little “been there done that”. I guess it is inevitable with a franchise that survives this long, but it is nonetheless unfortunate. Mark Hamill makes his return as hero Luke Skywalker and him and Adam Driver as Kylo Ren truly steal the spotlight. Much of this film feels like filler in fact and I came away feeling as if it could have been cut in half. Without giving too much away, one of the hyped villains literally falls flat and the end left me unsatisfied and confused.

This was a tough choice for me because, for my ten-year-old self, this might have been my favorite of the bunch. However, it hasn’t really aged that well and much of it is quite silly. The beginning sequence involving Jabba the Hut is kind of comical and the tone changes so drastically from the previous movie, it feels sort of jarring. The Ewoks add a bit of light humor and levity to the movie. But, juxtaposed with the standoff between the Emperor and the Skywalkers, in the end, feels really odd. The one thing that brings this film above the others is the thematic topic of redemption and the final lightsaber duel between father and son.

I thoroughly enjoyed this film because though it felt a lot like A New Hope, the insertion of new characters not named Skywalker really added some new life to the franchise. A return to form from the majority of the Prequel Trilogy, The Force Awakens blended humor and action in a way that didn’t feel comical and was closer to a true Space Odyssey adventure.

Wow. I’m surprised I put this so high in the rankings. To me much of this movie is average but the dramatic irony of knowing what is going to happen in the end and the Obi-Wan/Anakin relationship really propels this up to here for me. The lightsaber duel between the two of them, in the end, was very well done and really encapsulates the feelings between brothers who both feel betrayed. Star Wars is at its best when it uses dramatic irony to build its world and atmosphere.

Highlight: The Mustafar Lightsaber Duel between Anakin and Obi-Wan

This is when Star Wars really started to get critical acclaim. The first one was definitely a massive success, but the sequel expounded upon the first and brought it to new heights. New characters, new locations, more lightsaber duels, more story, the movie that made Darth Vader a true cultural icon, and the phrase that every kid knows (and every dad says). I was not alive when this movie came out, but I would imagine this film might be the one that started the whole plot twist thing.

Highlight: “I am your father!”

Right from the opening sequence, you can tell this is going to be a different type of movie. Gone is the traditional introduction with a synopsis putting the story into context. The movie fully embraces its place as an original story without many of its fan favorite characters, something that was certainly refreshing for a change. Sure most fans know exactly what is going to happen in this prequel, but what the writers decided to focus on was building characters, atmosphere, and tone rather than plot. For me, this breathed new life into the franchise and made me excited for more standalone Star Wars stories that don’t lean on the characters and tropes that Disney know will make them money. As all prequels do, certain plot holes arise in favor of telling a better overall story and making a better movie, but in the end, this hardly matters to me because of the way the writers create a world that still feels real with characters that experience and convey raw emotion. Great, compelling characters, a few excellent twists, and a gripping tale of sacrifice make this one of the best movies to be connected to this universe. However, it’s not the best.

Highlight: The last fifteen minutes of the movie.

The movie that started it all and the first one that I saw (gotta start from the beginning!) I wonder what it was like to see this movie when it came out in 1977. I feel like in order for people to truly appreciate this film, you have to look past the outdated graphics, slower cinematography, and occasional stiff acting. There are so many awesome parts to the film. There is the introduction of characters like Han Solo, Luke Skywalker, Princess Leia, Obi-Wan Kenobi, Chewbacca, and Darth Vader! We learn about the Force, watch lightsaber fights, and marvel over epic space battles. But to me, the best part of the film is the fact that you truly feel transported to a galaxy far, far away. The scope of the world is infinite and every person’s inner child is free to immerse themselves in all of it. In my mind, this is the film that started the action adventure genre. This film is definitely very sentimental to me!

So that's a wrap on my list. Whether you agree with it or not, its been fun to reminiscence over the films of our childhood. Someone recently told me that the beauty of Star Wars is it spans multiple generations and connects them in ways other things can't. These movies have something for every fan, young and old alike. I do sincerely hope you agree with my list, but even if you don't, "May the Force be with you".