How to be a bad-ass 101 according to Disney princesses 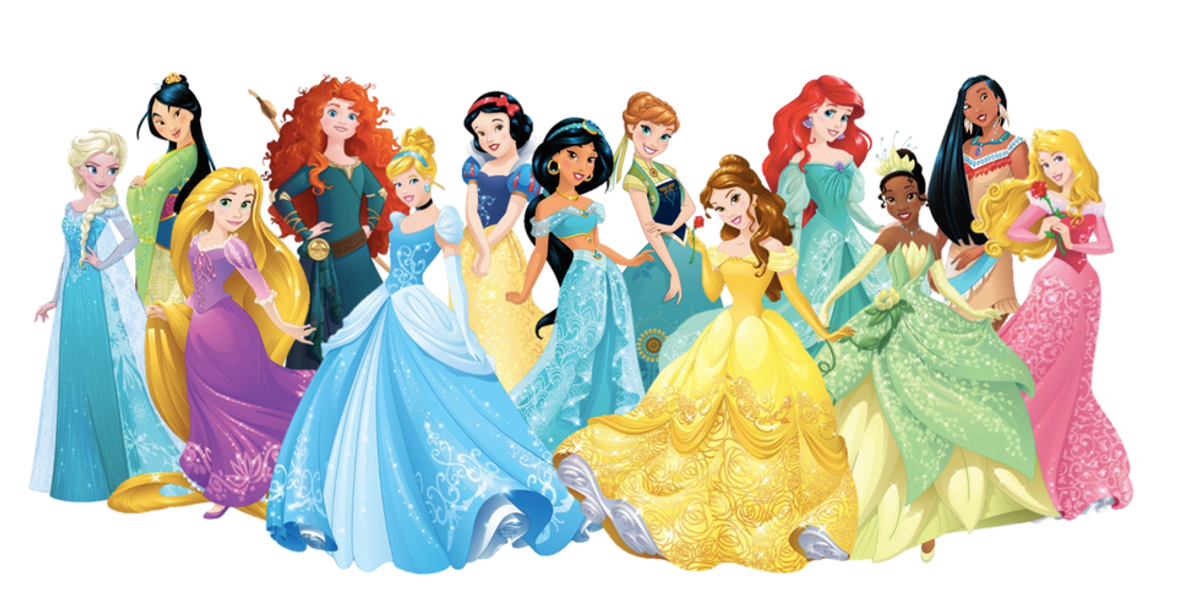 While being a princess has an entailment to being girly and soft and weak, disney princesses have proven over and over again that Princesses can be tough, strong, warriors, adventurist, dreamers and achievers. I give you the ranking of disney princess from the toughest cookie in the jar.

Mulan deserves the number one spot because not only is she a girl worth fighting for, she is also a girl who fights. She dresses up as a guy and goes to battle in place of her dad in the wake of war despite the fact that the penalty of doing so was her life. She knew her dad was not in shape for war so she becomes the son he needed and challenges the stereotype that girls can't go to war. Mulan ends up being extremely important in defeating the hunny buns and changes the history of how a girl should be treated. If that is not bad ass, I don't know what is.

In second place comes Pocahontas, who protects her town from the invasion of the British and saves her people from being slaughtered. She refuses to take orders from anyone, she follows her heart, stands up for what is right and isn’t scared to take on this big, beautiful world. Pocahontas fought for what she believed in, even when that meant putting her life on the line.

Merida challenges a century old tradition that she had to get married to the guy who wins some contest. It's not every day that you meet a princess who hits bulls eyes every time she releases an arrow and climbs mountains with her bare hands. She loved archery and exploring and climbing and horseback riding: everything a princess shouldn't do. Despite the orders that she should conduct herself as a princess from her own mom, Merida still maintains her true-self in checks and fights for the belief that she should choose her own destiny.

Tiana is the epitome of hard work. She had a dream to one day have her own restaurant just like her dad had dreamed, and this girl works her ass off daily with two jobs in order to get her restaurant. Even when everything looks bleak and she was a frog with no money for the down payment, Tiana stills believes in her dream. Tiana does not let her work consume her, however. She is one of the few princesses to stand up to a villain and she proves there is more to life when she confronts the Shadow man and refuses to give him the necklace. She knew hard work was the road to success and in the end it finally pays off.

Rapunzel grows up locked in a tower without knowing what the way the outside world operated. Amid it, she goes on to pursue her dream. Many of us �stop pursuing our dreams after a few obstacles, but despite the ruffians, a horse chasing them and the guards after Flynn, she manages to see the lights on her birthday. Rapunzel braves the outside crazy world with a view that is so fascinating and conquers the hearts of a suspicious horse, thugs and ruffians thus teaching us that dreams are meant to be fulfilled no matter what.

Having to keep a secret is hard enough as it is, having to keep powers you don't even know how to control from your own sister is even harder. Elsa demonstrate true restraint as she keeps away to protect Anna, but she shows even more strength and courage when she finally embraces her true-self. She demonstrates that being different is good and that she didn't need a boy to save her sister.

Cinderella is one of the most known princesses because of the misery she was put through by her step family. She works her ass off to feed the family of ungrateful step sisters and mother. Despite knowing that they shouldn't submit her to labor, she gracefully accepts her new tasks and learns how to do the different chores but she never gives up on her dream. She knows where her heart is and is humble and grateful for everything that comes to her.

Ariel's toughness comes from confronting her father to let her live her dreams. When he refuses, Ariel leaves to explore what it's like living on land. It's her adventurous spirit that pushes her to explore new things and learn making her brave enough to challenge all she knows. Ariel braves everything and is able to conquer Eric's heart despite being in a strange place and having (literally) no voice.

Jasmine is fiery, free, and independent. She doesn't allow her father and stupid antiquated laws to make her marry just about anyone. She stays true to her belief to finding true love and is brave enough to run away from her privileged life. Jasmine is also one of the first Disney princesses to stand her ground and confront the villains, in this case Jafar. She doesn’t back down no matter how much Jafar teased, interrogated or harassed her.

Belle was different from the girls her age, she loved reading despite being told that girls should just be concerned with being pretty and finding a husband. It is truly hard to be oneself in a society that judges you constantly but Belle manages to stay herself and true to her values despite the people pushing her to conform to their rules. She keeps her cool and looks for what's inside not what's outside and is therefore able to help the Beast; Kudos to your inner strength Belle.

Anna grows up alone without knowing why her sister no longer talked to her, and when she finds out why she accepts Elsa for who she is. The fact that Anna goes fearlessly through a cold dead winter to find her sister shows true love and dedication. She braves the cold in order to find Elsa and bring her back despite not knowing where she was; her bravery and loyalty are what makes her truly a princess.

While she might not be as brave or tough as the rest, she is nonetheless strong. Snow White survives the death of her mother and a truly evil stepmother who wanted nothing but to kill her so she could become the fairest of them all. After surviving her step-mother's attempt to kill her, she goes on to start a new life without knowing how to survive. Snow White's determination keeps her alive.

Sorry Aurora, I think all you did was sleep and wait for true love to come. It wasn't your fault though.