Is a degree really necessary? 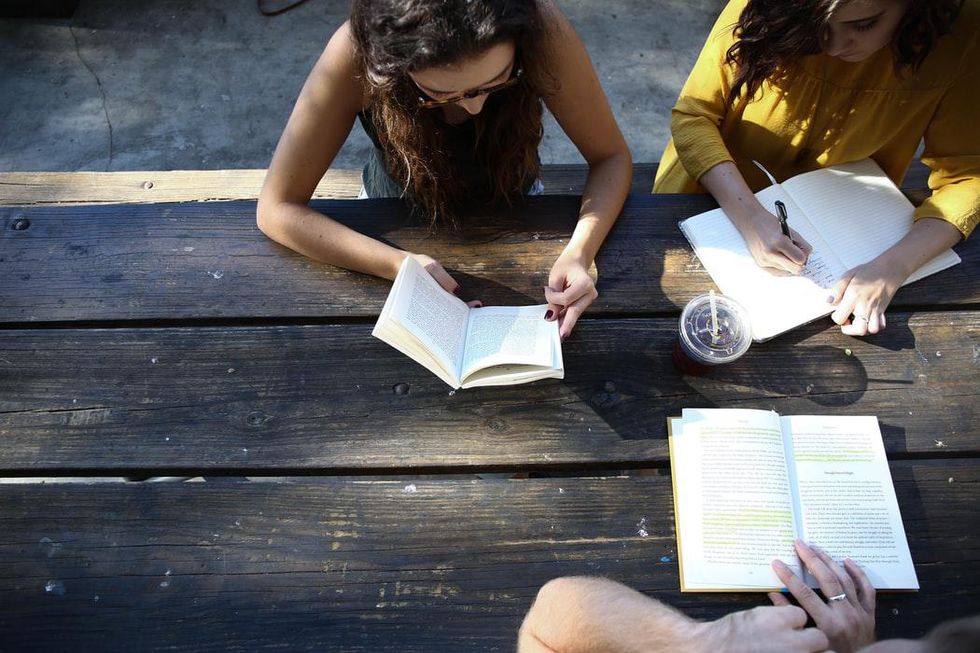 Photo by Alexis Brown on Unsplash

As the student loan debt in the United States continues to increase every day, it's understandable that students currently in or approaching college worry about the costs of higher education, whether they are pursuing a two-year or four-year degree.

This question was in the back of my mind as I made my own decisions about my future.

As a first-generation student that's pursuing a bachelor's degree at Miami University, the process of deciding what I wanted to do after high school was essential to my future. I had a steady and well-paying shift leader position at a restaurant that I had worked at since I was 16, and I truly considered what it would be like to work there for a few years and then go to college. After the college application process, though, I found that Miami University truly fit my financial needs and had the opportunities I was looking for.

That said, here's some questions to consider when deciding if college is the best fit for you.

As a center issue in United States politics in recent years and with more than half of Americans saying that student debt is a "major problem," according to a Politico/Morning Consult poll, it's no wonder that student loan debt is often at the top of their minds.

Forbes Magazine says that there are 45 million borrowers who collectively owe approximately $1.56 trillion in student loan debt in the United States, the highest in history. Debt from student loans is now the second-highest consumer debt category, behind only mortgage debt, and higher than both credit cards and auto loans.

Those that argue that college is not worth this debt say that it delays college graduates from saving for retirement, getting married, buying a house, or having children. As graduates struggle to find work or accept jobs that pay less than they're worth or qualified, it's difficult to see the light as a college student about paying off loans or debt.

2. Will it help me find a career in the long-run?

There is a light at the end of applying for loans though. According to the U.S. Department of Labor, people with four-year college degrees earned 98 percent more per hour, on average, than those who lack a degree.

Furthermore, looking back at the Great Recession, we can see that those with a high school diploma or less lost 5.6 million jobs while those with an associate's degree or some college lost 1.75 million.

A study by the Georgetown University Center on Education and the Workforce found that positions with the highest salaries demanded liberal education attributes including writing, problem-solving, and interpersonal skills. What do all of these statistics prove though? How are you going to be able to pursue a career if you're in a vast amount of student debt or without enough income to have a home?

3. How will a college degree help me in the world today?

Similar to the Great Recession, the United States can see the devastating blows that COVID-19 has had on our family members and their careers.

According to a Pew Research Center survey, one-in-four adults have had trouble paying their bills since the pandemic started, a third have had to dip into savings or retirement accounts to make ends meet, and about one-in-six have borrowed money from their friends or family. As they found earlier this year as well, these experiences continue to be more common among adults with lower incomes, those without a college degree and Black and Hispanic Americans.

In terms of levels of education and unemployment, the U.S. Bureau of Labor Statistic's August 2020 report shows that individuals who are 25 years and older and earned a bachelor's degree make up just 5.3 percent of the unemployment population.

This is compared to 8 percent who earned an associate degree or completed some college, 9.8 percent who graduated high school, and 12.6 who hold less than a high school diploma. This report by the U.S. Bureau of Labor shows that before and during the pandemic, adults with a college degree are more likely to be employed than those who receive less education.

Though we see the benefits of having a college education in situations like these, we as a society have to consider the disparities of student loan debt and graduation rates, especially in terms of race.

An example of a possible solution of this issue that occurred in the United States before and during the pandemic is president-elect Joe Biden's plan to forgive tuition-related undergraduate federal student loan debt picked up at public colleges and historically Black colleges and universities for those earning less than $125,000 a year. Furthermore, he also plans on forgiving $10,000 in student debt for all borrowers, which may prove beneficial for those struggling with an immense amount of student debt.

4. Is a college education really necessary?

In my opinion, I think a college education is necessary and favorable in most careers. Despite the increasing student loan debt, I believe if you make the right decision for yourself and your financial situation, you will be able to get the most out of a college education. Some universities of course are better than others, depending on the quality of the courses they offer and how much financial aid they offer, but having a college diploma under your belt will surely benefit you in the long run.

Now, is a four-year college education completely necessary? No. Would an associate's degree be enough for many jobs? Yes. Two-year community colleges are great if you don't have the resources to attend a four-year university or if you don't want to attend school for that long.

To "get the most of your college experience" doesn't mean going to parties or meeting new people, it's doing your research about potential college options, applying to scholarships and grants, and trying to graduate with the least amount of student loans and debt as possible.

Right now I work at a cafe on campus 3-4 days a week and have started investing in the app called Robinhood. If you plan on going to college or are in college right now, I encourage you to look for opportunities on your campus that will help you graduate with the least amount of debt.

For first-generation students that fund their own college careers like me, it's important to work smart, not hard, and truly follow your own path. If you don't think college is right for you, I encourage you to look for other career options that don't require a degree, take a gap year instead of wasting your money on a college degree that you might not need or want, or look at trade schools.

However in the long-term though, if you play your cards right and try to graduate with a small number of student loans, pursuing a college degree might be necessary and beneficial for your future.

With resources on and off college campuses, it's easy to learn how to accumulate less debt and pay it off in the least amount of time. For example, by creating a budget and halting high-interest spending like credit cards, paying off debt will prove easier in the present and the future.