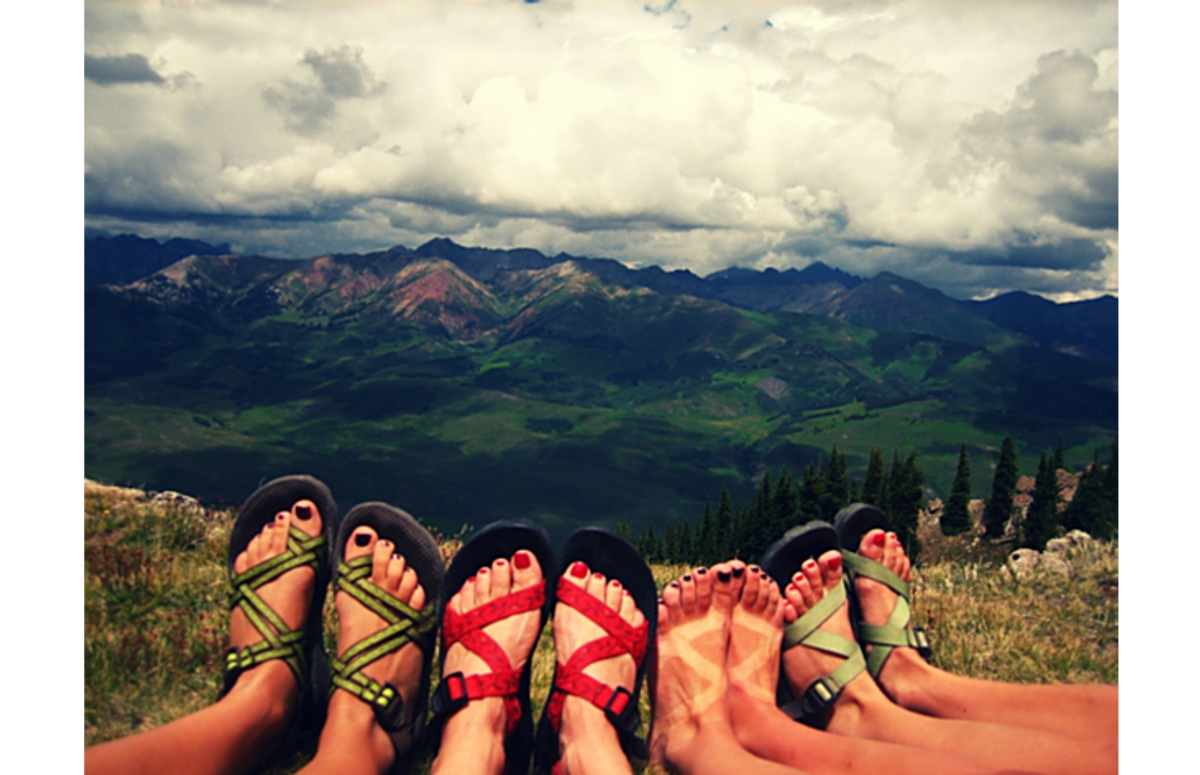 Last week, a writer for The Odyssey at Georgia State University published an article, PSA: Stop the 'Chaco Trend'.

The Chaco epidemic has attacked the nation and is spreading around the world and needs to stop. College students "hiking" across campus and through malls: Listen up and throw those things out. Now.

The author condescendingly asserts that Chaco shoes are ugly and overpriced, while effectively blasting an entire group of people who wear some of the most iconic shoes in the world.

The article was shared over 30,000 times on Facebook and Twitter, and there are over 200 comments on its Odyssey page. I applaud her for publishing such a successful piece and for inspiring debate everywhere, but I disagree with her stance.

I speak for myself and every other proud Chaco sporting person when I respond to the article by saying this: Chaco wearers don't care what you think about our shoes. They're comfortable, they're functional, and they're well worth the money.

Given that the author's sentiments were shared so many times, these are my responses to her scrutiny, on behalf of everyone who wears Chacos:

1. We don't wear Chaco sandals because they're stylish.

One of my own fraternity brothers referred to Chacos as "the Crocs of Greek life." This echoes the article's idea that before long, Chacos will fade in relevance and be seen as an ugly fad, similar to the plight of Crocs.

In fact, the author compares Chacos to Crocs multiple times, but her point doesn't hold. The central reason why college students today view Crocs as taboo is because they were worn in childhood.

We wore them when we were kids, and as adults, we see how ugly they were.

Furthermore, if Chaco wearers can be generalized in the way the author has done, it should be said that Chaco fans are the type of people who don't lose sleep at night over someone else's opinion.

It doesn't matter to us anyway, so why is your idea of fashion relevant?

2. Other expensive sandals aren't nearly as durable or functional.

Continuing on the thread of fashion, the article claims that any other $100 sandals would be a much better buy than Chacos:

If we are sticking to rubber shoes: Tory Burch, Jack Rodgers, ANYTHING better than water sandals that were originally made for whitewater rafting guides.

Until now, I've tried, really, really hard to be nice about my colleague's thoughts, but this is ridiculous. For those of you who are unfamiliar with Tory Burch and Jack Rogers, these are the sandals the author claims to be more cost-effective:

You be the judge – do those (more expensive than Chaco) sandals really look as durable or functional as a pair of $105.00 Z/2 Yampa sandals from Chacos.com?

The answer is no, and that's not mentioning Chaco's commitment to repairing their sandals for minimal price. Chaco sandals are designed to last for many, many years, not just one summer like those Tory Burch sandals or Jack Rogers.

Can you rinse off a pair of those with a water hose or put them in the washing machine? The author also says "do not get me started on the tan lines," and I would say the same back to her.

Chaco sandals tan lines, as copied from the original article:

I can't imagine how you must feel about these tan lines, from Jack Rogers:

And I would imagine tan lines from sandals like these would be even worse:

3. We know that anyone who rock climbs in a pair of Chacos is a serious idiot.

Finally, the author comments that Chacos are not suitable shoes for intense hiking, contrary to how they are advertised and consequently stigmatized. The person in the photo above is clearly not dressed appropriately, and that can't be denied by anyone, Chaco wearer or not.

A friend of mine described Chacos as being best for "casual hiking." Casual hiking can mean anything: a casual hike from one classroom building to another on a paved sidewalk, a walk on a mountain trail, or a trek through a creek bed. Chacos aren't fit for everything, but they're fit for most things, and that's why we love them so.

We'll agree to disagree, but know that when we part ways, I'll be able to take any path I choose.