6 Struggles Every Skier Has Experienced At Least Once

6 Struggles Every Skier Has Experienced At Least Once

It's not all fun and games out on the slopes 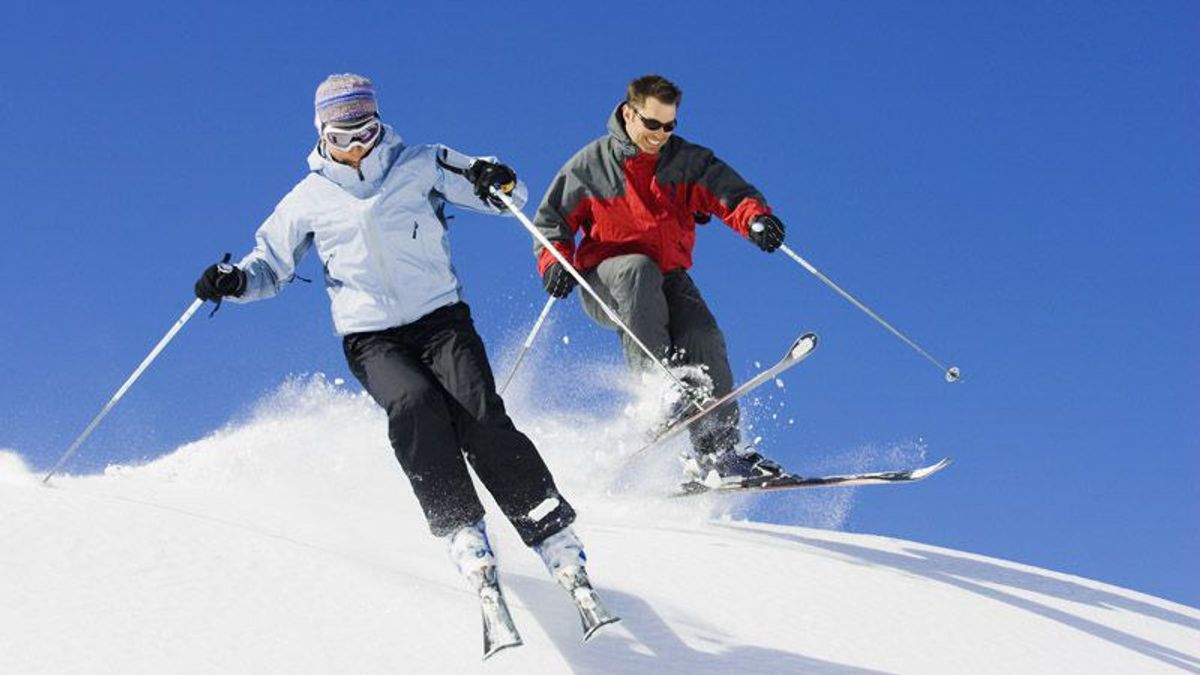 Every sport has its fair share of issues. As a ski instructor, however, it seems to me that when you’re out on the slopes and something goes wrong, it tends to either be really funny or really ugly - there really is no in-between. Here are just a few of the things I’ve experienced personally out on the mountain…

1. It takes eons to get ready to ski.

Maybe you’re lucky and you only live a few minutes away from a ski resort, or you booked a hotel on the slopes. If you’re like me, however, most of the time you have to drive anywhere from 45 minutes to an hour to get there.

But that’s just getting started. The next step is to get a locker, put on 152 layers of clothes (it may be more than that actually), put on your boots and then haul your skis outside. Actually, you have to haul them everywhere you go. By the end of the day, those two plastic sticks with metal are like telephone poles, and it feels like everywhere you need to walk is 10 miles away. Thank goodness the skiing itself makes all of the effort worth it.

2. You’re hungry as soon as you start skiing.

3. The lift decides to fight back.

I’m not talking about the nice cushioned chairlifts most American resorts have (and that are sometimes heated too, for your comfort and enjoyment). I’m talking about the fiendish stick with two bars you somehow have to use to pull yourself up the mountain.

In one of the lowest moments of my skiing career, on my first day at ski instructor’s school in Austria I must have fallen at least 5 times trying to get on this thing known as a “Schlepplift” before I finally got it to hook onto me. All of this during a lesson with my fellow prospective ski instructors and the actual ski instructor. On the bright side almost everyone struggles with that kind of lift at first, and by the end of the training 3 months later I could have gotten on that lift in my sleep.

The fall isn’t what’s bad; the snow always cushions your fall and it can feel like falling onto a soft bed. What’s bad is losing one or both of your skis during your fall. It’s almost impossible to put them on again when you’re facing downhill on a slope, and I’m not kidding when I say it once took me half an hour to put them back on again (I had the extra misfortune of crashing off the ski trail into the woods, where my skis buried and hid themselves in the snow). The upside of lots of falls is that you do get better at putting them back on, though, and once you start staying on your skis for longer periods of time you won’t even have to worry about it happening that often anymore.

Imagine walking down a street and you want to turn left, so you turn and start walking left. Except you’re still going straight, and you can’t stop. That’s what skiing on ice is like. It catches you completely off guard and can make you fall, or worse, keep skiing somewhere you don’t want to go. Fortunately, ice doesn’t last that long and if you can just ride it out for a few seconds you’ll be back on top of the heavenly powder all skiers love before you know it.

If there is any place you do NOT want to cut somebody off, it would be on a ski slope. Real injuries can happen (and do happen every year) when you aren’t looking where you’re going and you hit someone. And kids are by far the worst at looking where they’re going.

I understand that many of them don’t have a ton of control, and in that case, the people coming up from behind should slow down a bit and be extra careful. The little urchins who know exactly what they’re doing and suddenly switch directions without any warning whatsoever have no excuse though. I can’t tell you how many times I’ve had near misses with them, and most of the time, once they finally DO see me, they start yelling AT ME! Yeah, I don’t think so, pal. Keep that up and you’re going to either hurt yourself or someone else.

Skiing is a really great sport, and it’s really good for you, too. Although these things can get annoying at times, at the end of the day you tend to only remember the fun times you had on the mountain and are already looking forward to the next time. Trust me, it’s totally worth it.