Being pro-life and pro-choice is pretty hard to explain. 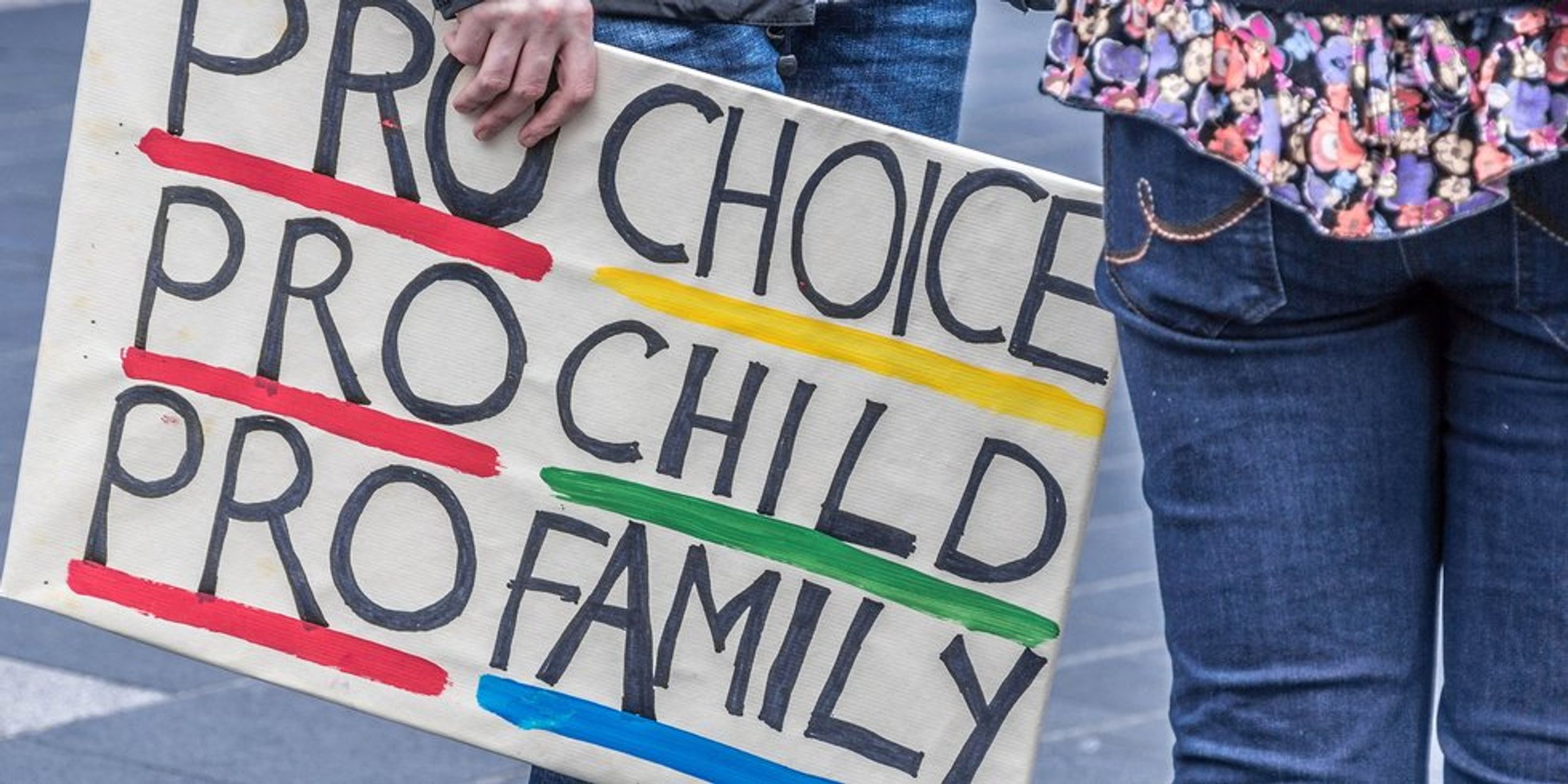 With the issue of women's reproductive rights hanging over everyone's head, I've decided to share my view, as an adoptee, on it.

That's not possible, you say?

Before you get the wrong idea, I don't hate children. Quite the opposite, actually. I love them. Doesn't matter the color, age, size, anything. If they can move and get in trouble the second you take your eyes off them, I want to make them smile and laugh and be happy.

I'm pro-life because when I have children, nothing else will matter. They will be the center of my entire universe; everything else will be done for the singular purpose of being able to provide for them. For me, raising my children will be my greatest achievement in life.

And it is because I will love my children so much that I'm pro-choice.

(Stop. No. It's not because I want my future children to have the option of abortion.)

I'm pro-choice because, if the government took away my choice, I would choose abortion.

Other governments have put laws in place governing children. Some have forced women to become pregnant and bear children. Some have put restrictions on the number of children women could keep. Personally, I think that once you give the government control of reproductive choices, you cannot take that power back.

If I wasn't given the choice to keep my child, if my only options were adoption or an abortion, I would choose an abortion.

I have felt and lived in the pain that can come with being adopted. I can tell you that it isn't always being grateful that your birth mother decided to give you life and give you away.

To be honest, I'm not trying to sound bitter or anything. I've had a pretty good life, only minor bumps and bruises along the way, but I think it's important for people to know what can happens to a child after the adoption.

When I was in middle school, I wanted to go and find my birth parents. I asked another adoptee I knew if they'd ever want to find theirs. They told me no because, "Why would I want to met the person that threw me away?" And it can feel like that, only that's not something that all the brochures and counselors will tell you.

You could be a ticking time bomb just waiting to go off.

On a lighter note, it also makes some school assignments a little awkward. Ever have to go up to your third grade teacher and ask if you would still be able to do a family tree since you're adopted? Or have your sixth grade teacher tell you that it wasn't necessary for you to do a genetic traits chart?

You know, the one where you write down everyone in your family's hair color, eye color, widow's peck, etc.. Because it's pretty hard to link the genetics of why you look the way you look when you're an Asian in a white family.

Because when you're cross-culturally adopted, you don't look like everyone in your family. It makes it hard to know what you're supposed to look like as you grow. It gives you a visual representation that you're different, that you're 'other'. And, yes, family is about love not about looks, but when you're 10 years old and everyone else looks the same, you can't really help but feel like you're not supposed to be there.

The moral of the story?

There isn't anything wrong with choosing to give a child up for adoption, but it needs to be understood that a single choice, like whether choosing to have an abortion or not, is not the end of the matter. Being adopted can lead to emotional, psychological, and physical problems.

And for some kids, being adopted can pose a lifetime of unanswered questions.

I'm pro-life and pro-choice because I believe that children are gifts and should be treasured.

I'm pro-life and pro-choice because I believe that no one will be able to raise my child better than me.

I'm pro-life and pro-choice because you'd have to be insane to think that I would allow a child, genetically pre-dispositioned to be half of everything that I am, to go through the pain of adoption.

I'm pro-life and pro-choice because any child from my womb will know every second of every day that they have been loved, cherished, and wanted from the moment they were conceived and until the end of time.