Princesses To Feminists: The Evolution of Disney Princesses
Odyssey

Princesses To Feminists: The Evolution of Disney Princesses 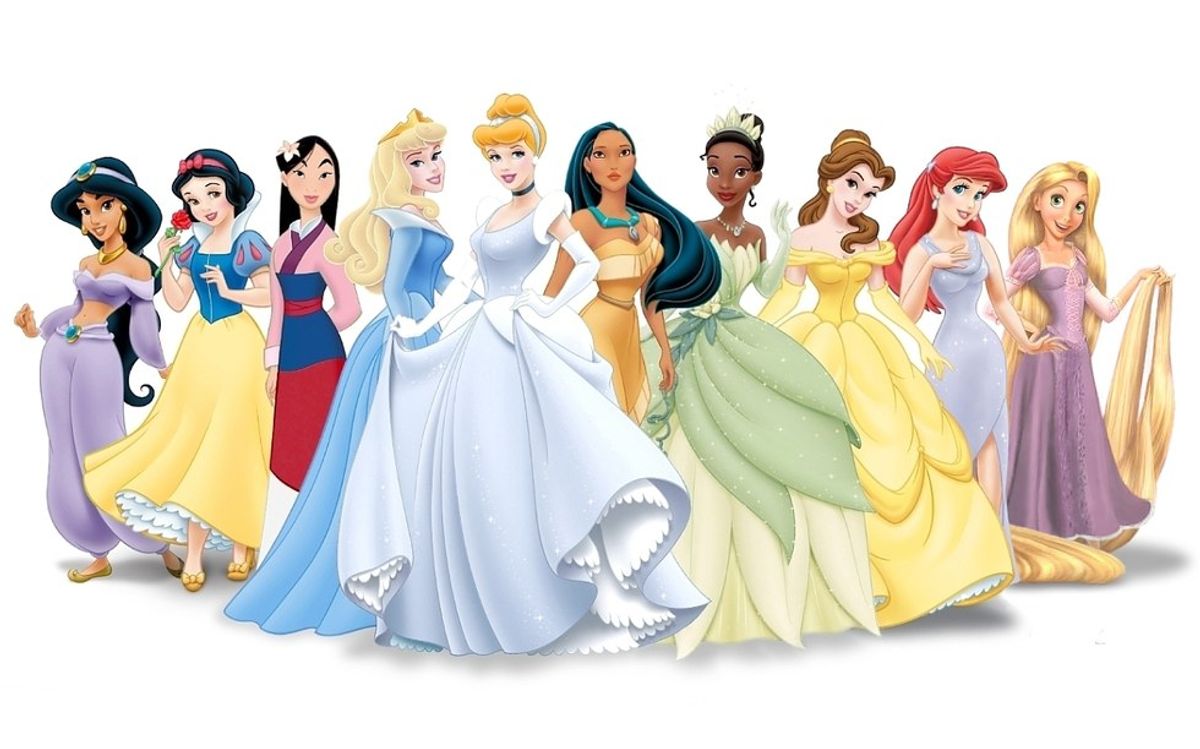 “Once upon a time…” the iconic phrase that has opened countless children’s stories for centuries. Recently, Disney has been the author of these stories that have stolen the hearts of many. However, some problems have arisen with Disney’s narration of these stories, particularly in the stories protagonists – the princess.

Young girls are utterly captivated by princesses and idolize these fairy tale characters, but problematic messages are being sent by their idols: only perfection is beautiful and men are always needed to provide. Despite this criticism, Disney princess movies have become increasingly more forward thinking over time. As these movies have evolved in the span of 75 years, their plots have become less sexist and more female-driven, and their characters have become acceptable role models for young girls through exemplary qualities such as imperfection and self-sufficiency.

Snow White, from the first Disney princess movie, is the least appropriate role model for young girls. When she first appears, she is scrubbing stairs and wearing rags, but at the same time wearing red lipstick, blush, eye shadow, and she has her hair perfectly primped. This image immediately sends a sexist message about beauty and gender roles: women are to look flawless at all times and serve only to complete household duties.

This message is further driven throughout the rest of the film. In the whole duration of the movie, Snow White’s image never changes; she always has on makeup and never has a hair out of place. Upon the first sight of mess inside an abandoned house, her first thought is to start cleaning, regardless of the fact that the house belongs to strangers.

Eventually, she meets these strangers (the dwarfs) and cooks them supper, again portraying Disney’s statement on gender roles.These two points reinforce that a woman’s sole purpose is to cook and clean, not only in her own household, but outside of it as well. In addition to her depiction as a picture-perfect housekeeper, Snow White is also depicted as a damsel in distress. She takes a fatal bite of the witch’s “magic wish apple,” wishing for Prince Charming to carry her away and live happily ever after. This leaves her in a coma-like state from which she needs “true love’s kiss” to be awakened.

Consequently, the plot suffers from the sexist undertones of her needing to be rescued and the fact that the whole plot of this movie is driven by Snow White’s beauty. She is always depicted as perfect and shown cleaning, cooking, or singing. Because of the sexist plot and the unrealistic image of beauty in this movie, Snow White is the least acceptable role model for young girls.

"Frozen," the newest Disney princess movie, revolves around two female protagonists, sisters Elsa and Anna, of whom the latter is currently the most ideal role model for young girls. Elsa was born with magical powers over ice and snow, and in her childhood, accidently struck Anna with her powers. Anna survived, but at the cost of her memories of Elsa’s powers and her relationship with Elsa altogether. The rest of the movie follows Anna’s desperate attempt to figure out why Elsa has locked her out and to fix her broken relationship with her sister. It is in this plot that Disney succeeds in telling a story without any sexist undertones.

"Frozen" is female-driven by a story about sisterhood, with love as a by-product of this initial plot. In addition, the character Anna is the most acceptable role model for young girls because she is courageous and flawed. Anna is seen for the first time with long red hair and a long, green dress, standing in front of Elsa’s locked door. The next time Anna is seen, she is sleeping, but she does not resemble Snow White when she slept. In this scene, Anna is snoring and drooling with an outlandish bed head and a stray hair in her mouth – not a very pretty sight, and that is exactly the point.

This image sends the message that a princess does not have to look good at all times and neither does a little girl. Anna’s image is also constantly changing, unlike Snow White. Aside from her image, there is depth to Anna’s character; she turns out to be brave and determined. She goes off into the mountains by herself to find Elsa and make things right, showing complete self-sufficiency.

By the end of the movie, she sacrifices her life to save Elsa’s, regardless of their still broken relationship, showing her unconditional love for her sister. Both of these feats, along with her reasonable image of beauty, show Anna as an utterly realistic and acceptable role model, and a great improvement in Disney’s attempt to make forward thinking, less sexist protagonists.

Disney has planned to release their newest princess movie, "Moana," which brings up questions about how the female protagonist will be portrayed. Early in the past, both Disney’s plot and characters sent poor messages of beauty and femininity to female viewers. However, as Disney princess movies have evolved through the years, their protagonists have grown away from stereotypical, sexist gender roles and have gradually become more flawed and self-sufficient. As a result, the Disney princess has grown to be a more acceptable role model for young girls. Will the same be true for Moana?