Pride & Fear: The Reality Of Being A Cop's Daughter
Odyssey
CurrentlySwoonLifestyleHealth & WellnessStudent LifeContent InspirationEntertainmentPolitics and ActivismSportsAdulting
About usAdvertiseTermsPrivacyDMCAContact us
® 2023 ODYSSEY
Welcome back
Sign in to comment to your favorite stories, participate in your community and interact with your friends
or
LOG IN WITH FACEBOOK
No account? Create one
Start writing a post
Politics and Activism

Pride & Fear: The Reality Of Being A Cop's Daughter

Watching her put on her badge and gun facing the darkness is a scary reality. 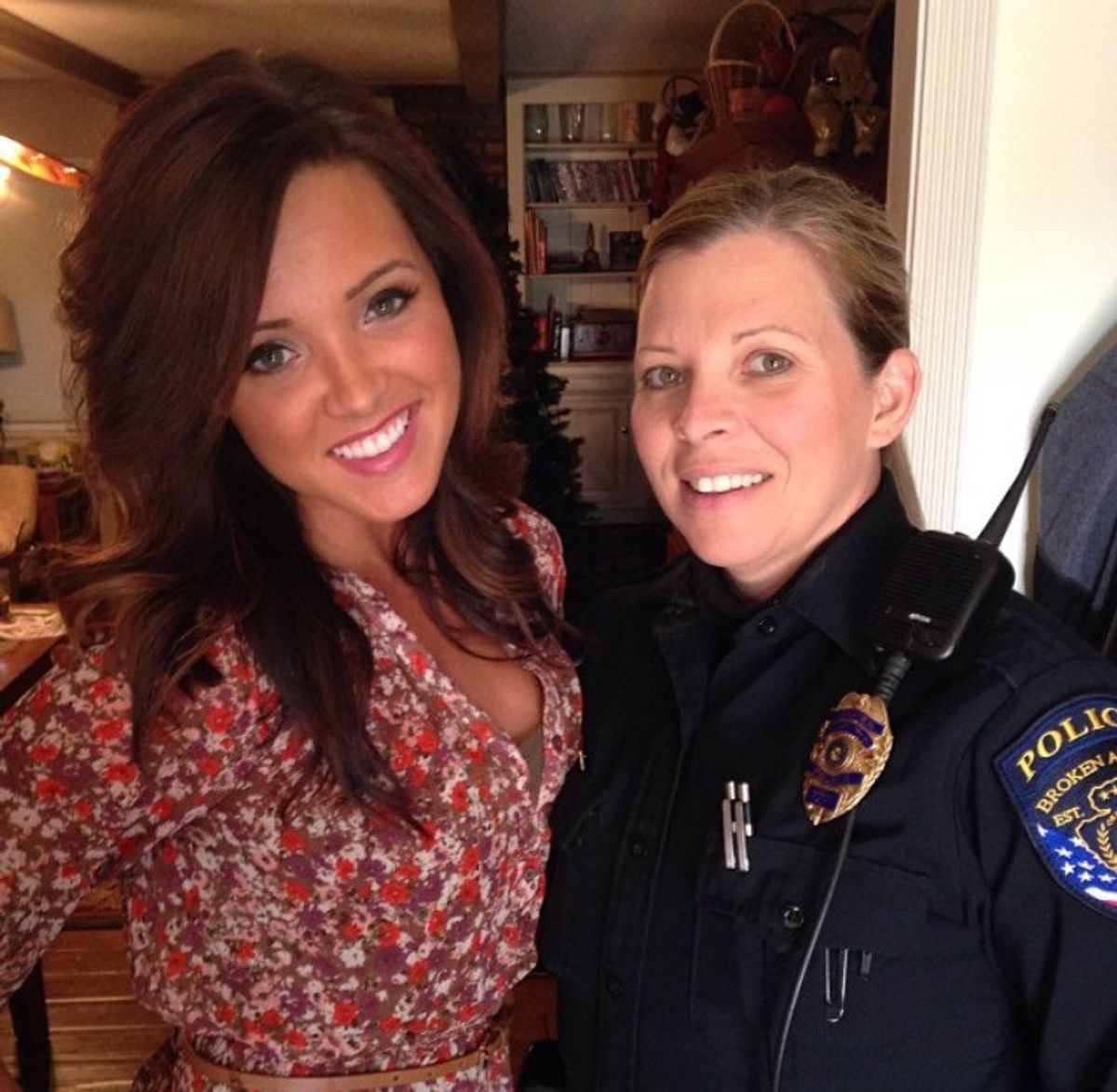 As a little girl, I watched my mom pull on her uniform, fasten her gun belt and secure her shoulder radio. I watched how proudly she walked out into our community to protect and serve its citizens. I watched her run in late to the back of the audience during my choir performances or my basketball games. As I got older, I watched her eyes filled with pain after she worked a murder or child abuse case. I sat in the waiting room of the hospital during her shoulder surgery after a suspect assaulted her and she had to fight him. A suspect she tried to give a little grace and let go home. I have watched her in every restaurant, store or place we walk into with her eyes peeled, facing the door, gun in reach in the event she needed to keep me and the patrons safe. I've watched her ,on her day off, rush to the aid of an elderly black woman who fell down the stairs of an apartment and lead me through flagging down the ambulance. I've watched her bolt across a resort during vacation and immediately launch into CPR for a small black boy when I called for her saying he was drowning. I've watched as she pulls over to the side of the road to help people when we were on our way somewhere. I've listened to the heartbreak in her voice when she had to respond to a difficult call with a child or a PTSD episode with a veteran. I've seen the pride in her voice when she helps get a rapist, a thief or a murderer off the streets. I've listened to her frustration when someone gets away. I've seen the sadness in her eyes when she talks about serving as honor guard for the memorial services of the slain Dallas officers.

Sitting by and watching as my mom voluntarily protects us is nothing new. She recently retired with 22 years in the Army National Guard as a staff sergeant flight medic. I was on the phone with her in 2006 when her camp in Iraq was hit. Ironically, I'm more scared for her and other officers today in our own country than I was when she was in the war. In war, it's expected. You know who the enemy is. She fought for our country in Iraq twice only to come home and fight an unfair war as a police officer here in the land she fought to protect. It's heartbreaking ... she and others fought to protect our freedoms and make this the best country in the world and here our own people are tearing this country apart. Those who gave the ultimate sacrifice in war ... what is It for? So we can kill each other at home?


Every hour of the day, whether she is on duty or not, she gets nonstop calls from victims. On vacation, her phone rings incessantly and she is bombarded with victims demanding faster results. They have no idea how many cases she is juggling. They have no idea that their petty theft is nothing compared to the rape she is working or even the murder. They all want answers and they want them now.


We as a people have no idea what our officers endure mentally, physically and emotionally. These are our watchdogs. They are who we call when we are scared or threatened and now they are being attacked for doing their job.


Police officers do this draining job day in and day out because they want to. They love it. They love helping, they love keeping us safe. They do all of the scary things we can't or won't do. Yet they get no appreciation... they get bashed, they get called names, they get shot at random. It has to stop. I get online and I see people saying "hang white cops," "Kill white cops," "kill the pigs," it goes on and on. A call to kill cops is disgusting. These ridiculous people are claiming cops need to be killed for brutality by killing unaffiliated other cops. Please help me understand how that works? What does that solve?

There are undoubtedly corrupt cops across the world. There are corrupt people in every single line of work. Bad cops suck but so do bad people. Come together. Talk about solutions. Work for the betterment of this great nation, not the destruction. This social angst is not about race. Right now, it is about hate, miscommunication and misunderstanding. It needs to be about love, understanding and communication. Never in the history of the world has fighting brought about positive change. Never has murdering brought about positive change. Do you want to be heard? Speak with dignity, speak respectfully, speak maturely, speak intelligently. Speak to seek solutions, do not speak with hatred and anger. That is how we bring about change.

Watching the news is now heart-wrenching. Scrolling through social media is not only sad but enraging. I see tragedy after tragedy of police being attacked for a social agenda. Their lives are being taken in the name of police brutality and black lives matter. These police officers are being attacked for cases or situations they had nothing to do with. During the attack on Dallas PD, I stood shocked and numb watching the scene unfold. I was thankful it was not my mom's police department and it wasn't my mom (I was also thankful my dear friend who is Dallas PD was safe and sound). My mind immediately flashed to the families of the victims. These officers were fathers, brothers, husbands, sons, friends and more. They were doing their job. They were even trying to be sensitive to recent events and social angst, hoping to keep the peace during the protest. They took an oath to protect and serve and they voluntarily walked out of their homes to walk into their unfair death.

I worry when I get a text telling me she's en route to the hospital to get checked for disease after saving a criminal's life and being exposed to his blood. I worry when I see her department on the news. I worry when she is involved in a standoff. I worry when I know she is hunting down a violent criminal. I worry EVERY SINGLE DAY when she puts on that badge and gun. I've always worried, since I was a little girl. I knew her career is dangerous. I didn't think I'd ever have to worry about random people attacking our protectors here on our soil.

Our officers deal with the dangerous, the unsightly, the mentally unwell, the scary, the mean all day everyday so we don't have to. They willingly step in and deal with the dredges of society and the scary moments to keep us safe. The next time you want to complain about a police officer, take a walk in their shoes. Better yet, go do a ride-along with an officer. See if you could deal with it. Even better, go fill out an application. Go protect and serve our community and see if you can do it better. I doubt you will have the same perspective.

I am proud to be a cop's daughter. My mom is an American hero both foreign and domestic. I am appreciative of all officer's who voluntarily walk into the darkness so we can stay in the light.

This country was founded on the idea of "together we stand, united we fall." Today we have to become united or continue to fall divided. Change your words, change your behaviors and change lives.

A proud yet fearful cop's daughter