I'm Glad I Didn't Make It As A Police Officer

I Didn't Make It As A Cop, And In Light Of Recent Events, That Was A Blessing In Disguise

The recent events with Black Lives Matter changed how I think about being a police officer. 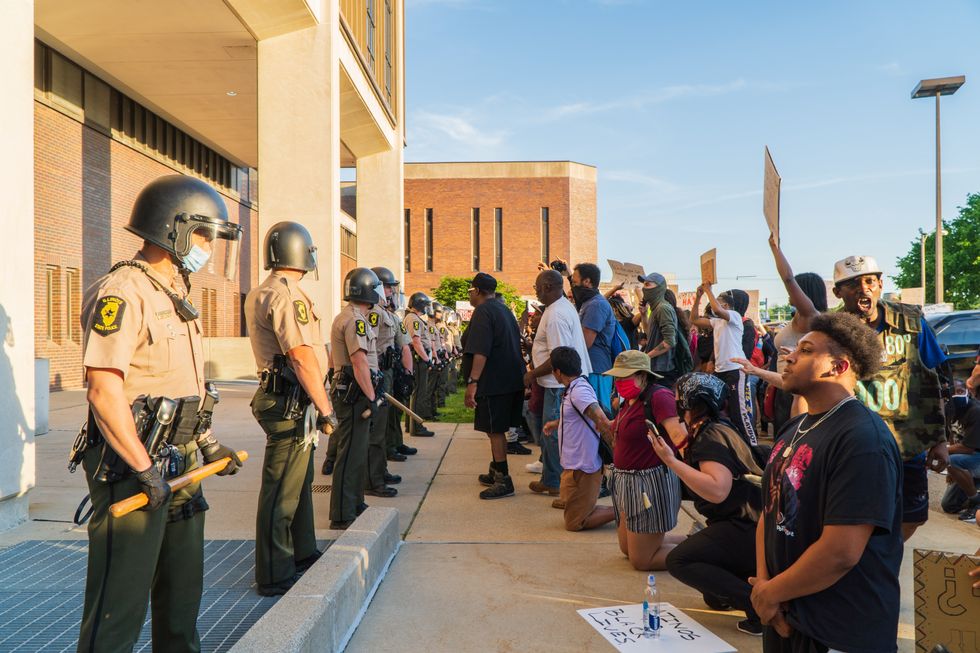 Once upon a time, I used to dream about being a cop. My dreams were heavily influenced by movies like "Silence of the Lambs" and "Miss Congeniality" and books where the heroine was a strong, ambitious cop who only had goals to solve grisly murders and put the bad guy in jail.

This painted a pretty picture of where I saw myself down the road. I envisioned my future as a defender of the innocent. I wanted to get the bad guy, lock them up, and throw away the key.

If only reality was as swift as movies and books lead their viewers to believe.

During my short stint as a police officer, I learned there is never just white and black or staying within the lines when it comes to policing. Being a cop is like diving into murky water, where your vision is altered, where simple shadows that could be the current moving plant life below may seem like a slithering snake swimming stealthily towards you.

Your heart stops momentarily, you blink and take another look, only to realize what you saw was a trick of the light.

In that moment, where you were unsure of what you were seeing, your mind goes to one of two modes: fight or flight.

As a cop, flight is rarely ever the option. Cops are the ones that run toward the gunfire, not away. They raised their hands, swearing to uphold the peace, to fight for the innocent, to save lives. They put on that uniform, badge, and gun every day, knowing that their duty is much more than traffic stops or domestic calls.

At any moment, while wearing that uniform, their life can be gone.

The uniform is a beacon to people. All eyes follow as the cop makes a stop, talks to a pedestrian, orders a cup of coffee. While waiting for that right moment. The reality of being a cop never dawned on me until recently, and this is after I've been out of the police career field a few years now. I understood how dangerous being a cop was, I mean, we went through grueling training for six months at a live-in academy and the instructors and staff officers made sure to drill it into our minds that we were placing a target on our back every time we donned the uniform.

So, of course, I knew the dangers that came with the job.

However, I didn't see the hate for officers at the time.

I can honestly say my head was buried in the sand for a long time.

It wasn't until my social media feeds became flooded with the outrageous tragedies resulting in deaths of black people at the hands of white officers or even white citizens, that my eyes began to open up. I left the murky waters behind and was now swimming in a crystal clear lake. The clarity being brought to life, unreal.

Thanks to smartphones, Google will send me news updates daily, with the latest horrendous events blaring in blunt headlines that leave me shook. But why should I just now be shook when these events were not happening for the first time?

It is simply this: my unwillingness to believe that the people who are supposed to be upholding the law were using that authority to hurt and even kill people based solely on the color of their skin, something that cannot be changed.

The intent is not to paint all officers as the bad guy. I went through training with 150 other cadets (now officers) and know many of those classmates became a cop to be that protector. There are truly genuine people wearing the uniform. But we cannot negate the fact that there are also people who join with a hidden agenda.

It is unfortunate because no matter how much psychological screening and background checks are run during the application phase, people still manage to slip in-between the cracks.

It truly is an inopportune time to be a cop, when the hate is no longer hidden, when the camera is following you, waiting for a situation to go bad. I find myself thinking during these times, how, although I did not see it as a happy moment when I did not make it past the field training stage, it was a blessing in disguise. The tension has reached its capacity, and the explosion is imminent.