Power Your Home With Air

Power Your Home With Air 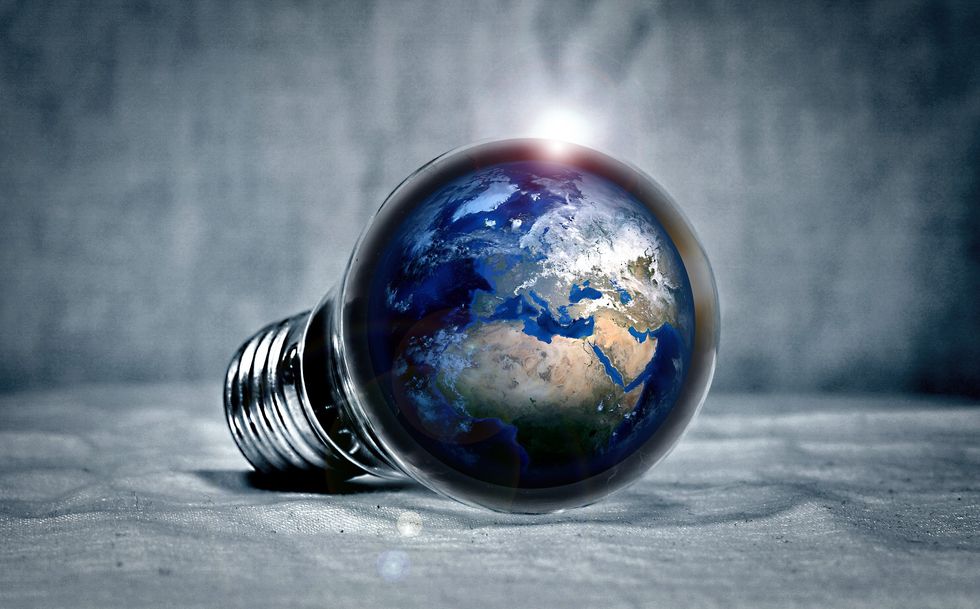 For years, it's been common knowledge that electricity and water don't mix – at least not if you want to live. Researchers, however, have once again found a way to confound mankind's understanding of scientific principles by figuring out how to store energy in liquid form.

While it sounds like science fiction, liquid air energy is a real innovation – and it's here now. Soon, the Highview Power energy storage facility, located in North of England, will turn cost-effective wind energy into liquid air – providing energy for commercial refrigeration.

The Promise of a Better Tomorrow

The world's top tech companies are always on the lookout for the latest innovations. Industry-leading enterprises are also giving in to public pressure to reduce their impact on the environment, and they face a significant obstacle in doing so. Nevertheless, they must fulfill their promise to operate in a way that has less of an impact on the environment.

In 2020, Microsoft Corporation representatives made a zero-carbon footprint promise. The statement came after the company was forced to turn on fossil fuel power generators to operate its corporate campus in Fargo, North Dakota.

The tech behemoth ran the diesel engines for approximately five hours to operate lighting and heating for 1,600 staff members. The company was one of 100 large employers in the area ordered to follow this procedure during a surge in demand for energy in the region.

This isn't the first environmental commitment that Microsoft representatives have made. Microsoft's strategy for achieving tangible environmental objectives is more involved than that of most other enterprises. For instance, company reps have promised to reduce business travel and track the company's carbon footprint. Also, executives have promised to spend $1 billion over the next four years to develop large-scale carbon removal tech.

With the right advanced STEM training, you may one day find yourself working as an engineer at a plant that turns air into a liquid to store energy, and there's a great demand for the innovation. As an example, commercial food refrigeration is an energy guzzler. Warehouses that store refrigerated food consume a ton of energy.

As the climate warms up, the demand for this kind of storage is expected to increase. As a result, European researchers are developing a trial cryogenic energy storage system to reduce carbon emissions produced by the commercial food storage vertical. The researchers also hope to create an easy way to store alternative energy, such as wind and solar power.

Already, the CryoHub project uses excess solar and wind power to freeze air until it reaches cryogenic temperatures. Then, it turns into a liquid and shrinks in volume 700 times.

When energy providers need more power, engineers will pump the subzero liquid into an evaporator. Here, it will turn back into a gas that will spin a turbine, producing needed electricity. With low-carb refrigeration and renewable energy, CryoHub promises to deliver 32% renewable energy, and at the same time, increase energy efficiency by 32% across the European Union.

The international CryoHub consortium wants to achieve the goal of improved energy efficiency in the EU. They're working toward integrating liquefied air energy storage (LAES) into commercial refrigeration systems there.

For example, CryoHub representatives want to boost operations to an overall efficiency of 60- to 70% by recycling wasted heat and cold in existing food warehouses. To meet this goal, CryoHub staffers are looking for a cost-effective and efficient material that will store wasted heat. For now, they're using waste heat from nearby factories and power plants to see if glass beads are up to the task.

This year, the CryoHub team wants to partner with five other territories. To facilitate this collaboration, they started building 100-kilowatt demo plants at commercial food warehouses in Lommel, Belgium and France.

For their first test demonstration, they're not necessarily shooting for efficiency, just proof of concept. Their research has shown that Western and Southern Europe received the most value from LAES technology. For instance, the United Kingdom hosts 142 commercial refrigerated warehouses that consume 232 megawatts of power. That's enough energy to power up 230,000 homes.

CryoHub will serve as a proving ground for the initial demonstration. Researchers have a lot to learn from the test, and they're counting on government funding to help them connect with energy-hungry power subscribers.

What About Power in the USA?

Plans are in the works for the first sustainable liquid air energy storage system in the U.S. Engineers hope to produce a minimum of 50 megawatts that will provide 400-megawatt hours of storage, which equals approximately eight hours. They're building the plant in northern Vermont.

Highview Power will use its proprietary CRYOBattery to capture off-peak or excess energy and clean compressed air. The plant will then store the compressed air in liquid form in insulated tanks at cryogenic temperatures.

Local utility companies can then use the stored energy to fulfill power needs during peak consumption. By incorporating the new tech into Vermont's power grid in partnership with Encore Renewable Energy, the companies hope to resolve the lingering energy distribution problem faced by the Sheffield-Highgate Export Interface.

Who knows? One day, your home could be powered by liquid air energy. That will be interesting to see.
Report this Content
This article has not been reviewed by Odyssey HQ and solely reflects the ideas and opinions of the creator.
Swoon