In light of recent events... 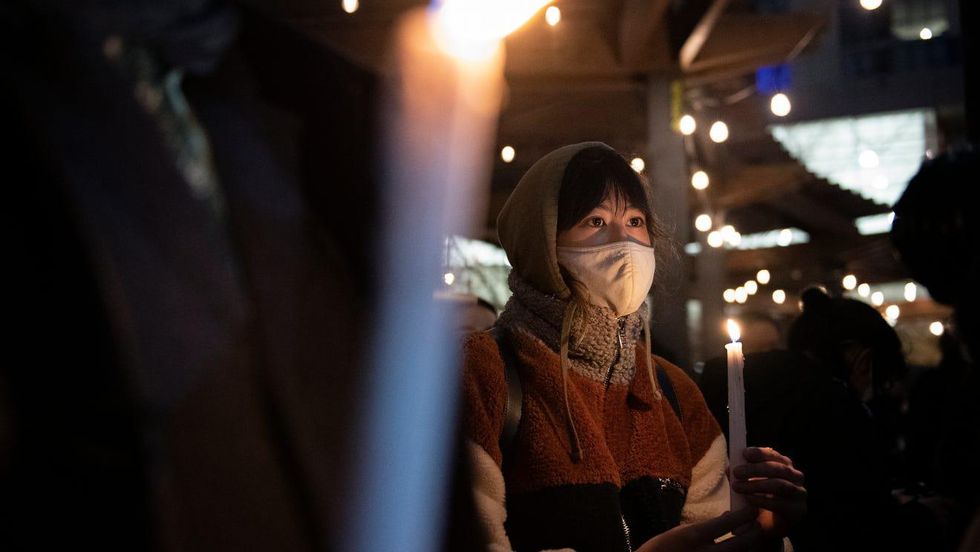 On Tuesday evening, 21 year-old Robert Aaron Long shot 8 women at 3 massage parlors and spas in Atlanta. The names of 4 of the women are given below:

What strikes you first? That they're all women, or that 3/4 of them are Asian? That ratio is the same for all 8; 6 of the women killed were Asian-Americans. There's been a lot of outrage, a lot of Instagram shares and stories, a lot of words to speak up and stand for these women. And I agree, Asian racism is rampant across the United States, especially in regards to the pandemic and blaming the virus on people of Asian descent.

But a lot people respond with, "Yeah it's sad, but why is it an attack against Asian Americans? Why do you have to bring race into it?"

Sheriff Reynolds of Cherokee County in Georgia stated that Long "made indications that he has some issues---potentially sexual addiction--and may have frequented these places in the past." An anonymous caller to 911 also told dispatch that Long was kicked out of his parents' house last night, and was emotional.

These are a lot of rumors, a lot of theories, that seem to be floating around. Any one of them could serve as his motive. But really, what kind of motive is "I was upset, so I shot and killed 8 people, injuring another?" A pretty flimsy one, if you ask me.

And then there's the other side of the coin: What if he wasn't targeting Asian Americans? What if it was just women, who were the target? Well, let's not act like that isn't a problem in and of itself. And anyway, just look at the numbers: 6 out of 8 were Asian American.

The issue of Asian-American racism is very complex, because it's both subtle and obvious. And worse of all, the majority of it is accepted. Violence has certainly been present in the recent months: "Chinese man stabbed in Chinatown neighborhood by stranger," "Elderly Thai immigrant dies after being shoved to the ground," "Filipino-American slashed in the face with a box cutter."

So yeah, it's a trend. A horrifying one. And it's easy to say that this case falls right in with the rest of them. But the fact is, that Long is likely just going to be charged with murder in the first degree instead of a hate crime. That's the part that's subtle; it's so incredibly difficult to prove, flat-out, that a crime is racist. How can you say, that in the back of someone's mind, they were targeting Asian Americans? Racism itself is so hard to pinpoint, let alone use as evidence for a crime. You can't always know what someone is thinking.

Even in the instances that most Asian-Americans go through, nonviolent racism, it still tends to be both obvious and implied. There's the classic squinting of the eyes, the getting asked to help with math homework. The "How come you didn't do well on this math test? You're Asian." The prejudice that they can't drive, or that they're cheap, or that they eat dogs.

And the most recent one: Asian-Americans, no matter where they've come from, are somewhat responsible for the coronavirus pandemic. It's been made worse by our former president calling it the kung-flu.

But even if, EVEN if you're lucky enough to have avoided all or most of that BS, you've likely still faced some form of implicit bias, subtle aversion to your ethnicity. Let's say you are an Asian-American girl, scrolling through TikTok. or You know that trend, where guys and girls choose which hair color they prefer in a significant other? It's always between blonde and brunette. And what about eye color? Of course no one wants poop-colored eyes (in their words, not mine. I love my brown eyes).

But then, the "fox-eye" eyeliner trend is quite literally a representation of Asian-style eyes. Tell me how you can take something from someone's identity, and still shame them for it? And there's the whole thing with white men who have an Asian woman fetish. Don't even get me started on how degrading that is.

In the wake of recent events, yes these are minor transgressions that we've just been getting used to, we've accepted. But this is the real oppression; this is what leads to the outright violence. This is the reason people are in the streets of cities across the United States, holding candles for 8 women who lost their lives, due to yet another person who shouldn't have been wielding a gun.

Is this about gun laws? Partially. But even without guns, racism runs rampant. Because words are the real weapons.

Posting to social media, creating awareness, these are all great ways to inform people about the situation. But to actually solve this problem, will take a lot more. It requires deep inward reflection, requires each and every person to revisit their actions, their words, their thoughts, and truthfully ask, "Did I act, talk, or think with any prejudice towards another race or gender?" Do people have time to do that? No. Are they willing to do that? Most likely not.

As you can see, this isn't going to get solved within 10, 20, 30 years, because there's no practical solution. You can't throw everyone that you think might be racist into a re-education camp, as much as you'd like. Nope, it begins with parents and their children. With teachers and their students. As is often said, babies aren't born racist. They're taught to be.

However, the small amount of people who successfully take on the challenge of ridding themselves of lingering prejudice, successfully alter the way they behave, do contribute to a larger and larger population of people who are cognizant and speak against this oppression. So, it's always, ALWAYS, worth a try.