Catholicism, The Papacy, And Cuba
Odyssey

Catholicism, The Papacy, And Cuba 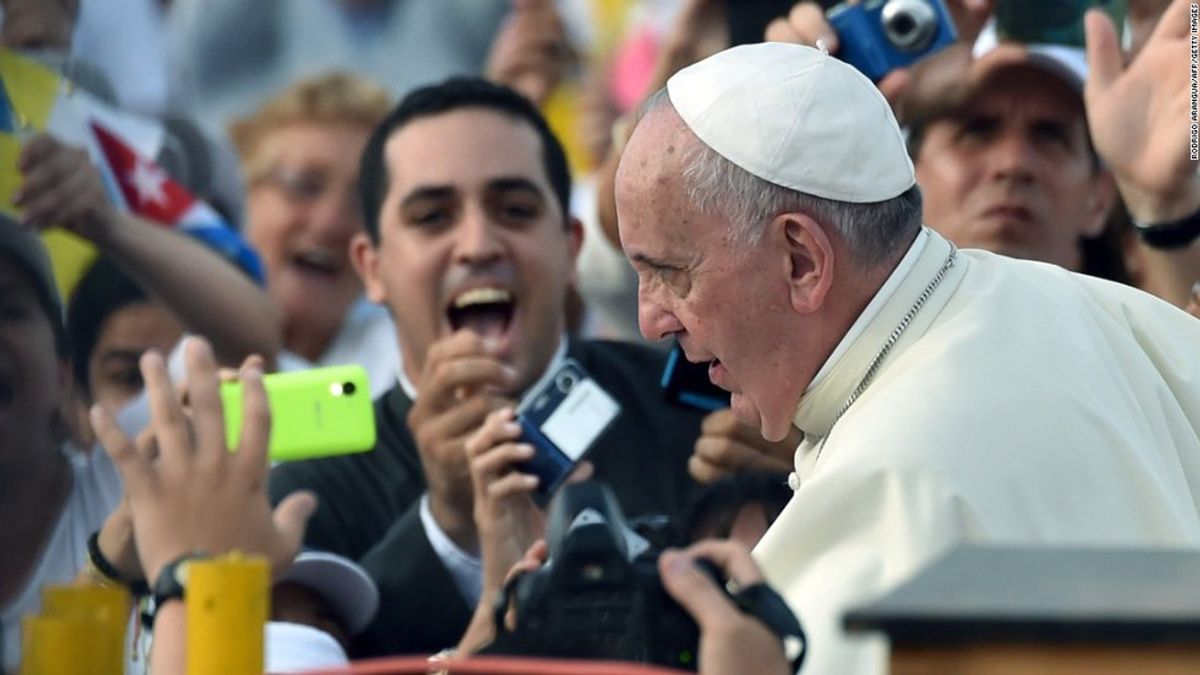 Since the Communist Revolution in Cuba, the place of Catholicism on this island country has differed from its fellow Latin American neighbors. In a region whose culture is often rich with Catholic tradition, Cuba has taken a slightly different religious path. The majority of Cubans are still Catholic, a fact that is no doubt a direct result of the allowance by the communist regime in not forcibly instilling an atheist homogeneity among the Cuban people. Yet, the Communist Party, as to not contradict Marxist philosophy, would not allow religious people into their ranks, a factor that has lead to a secularized culture. The years since have seen numerous contradictory actions such as the ousting of some Cuban priests, the visit of previous popes, and the allowance of religious member into the Communist Party in 1991.

Today, as Cuba welcomes Pope Francis, the Church has made some headway. Some of the first churches to be built in decades are underway, and the Church has been spreading its influence through helping the government provide food and other services. Cuban Church officials have faced criticism in the past for not having done more to protest the Communist government, instead favoring non-confrontation and maintaining relations with the government. Currently, only a few hundred priests reside in Cuba, making it the Latin American country with the fewest number of priests. Its operational capacity is still limited, a limitation Pope Francis no doubt hopes to lessen with his visit.

And if any outside entity can make a difference in Cuba, it is the papacy through Pope Francis. The symbolic figurehead for the Catholic Church is influential, immensely so in Latin America. In fact, it was Pope Francis who helped foster the bridge between U.S. and Cuba, opening the doors to what will hopefully prove an end to past hostilities and the start of a prosperous relationship.

The actions he takes will be very important. Already, some have criticized him for not pushing more issues, voicing criticisms of the Cuban government, and using this opportunity to regale Cubans with speeches of political freedom. But this Pope of the People is no spout-piece for capitalist ideals, and as a world leader, needs to exercise caution when navigating these political waters. Strong condemnations could very well prove detrimental to not only Church relations with Cuba, but also democratic states’ relations, mainly the United States’, with Cuba as well.

So far, Pope Francis has kept his speeches in this charged atmosphere diplomatically appeasing, free from criticisms, but peppered with vague lines that could mean absolutely nothing or actually be hidden disapproval. Which is how he should be conducting business in Cuba at the moment. Despite missteps and past discretions on both Cuban and democratic nations’ part, especially the United States, relations have been given another chance. The door to Cuba has been cracked open, and one does simply not shove it the rest of the way open immediately. You need to gently ease your way in, because with the slightest provocation it can be slammed shut again.