Why Police 'Brutality' Is Not The Issue
Odyssey

Why Police 'Brutality' Is Not The Issue 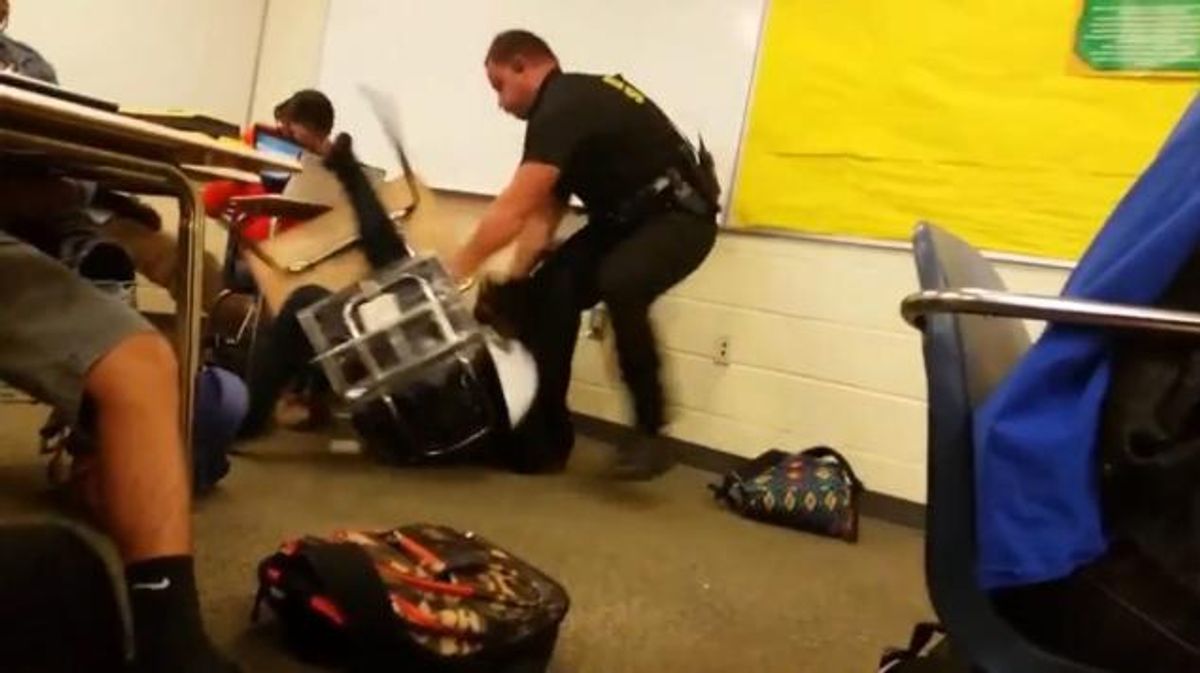 I'm sure by this point everyone has seen the video of the girl in South Carolina who got pulled from her desk by a cop. However, the media leaves out an important part of that video.

She was not a good, innocent girl who was assaulted by a cop. She was asked multiple times by her teacher and administrators to leave the room. An officer had to be called, and he warned her that if she did not get up as she had been told, he would have to use force. She still refused to move. When the cop had no choice but to use some type of force, she fought him.

The problem is not with the police.

The problem is with ignorant, entitled children who feel like they are above showing respect for authority figures and think they can behave however they want without consequences.

This is not the first time this has happened. We have seen it in so many cases, from those as extreme as Freddie Gray and Michael Brown, to this South Carolina girl. A troublemaker causes problems with a cop and faces the consequences. And it is funny how every time we see a situation like this, the people interviewed on the news, usually family, want to make a big deal of how good a person their son or daughter is.

Apparently not, if they directly defy the authority of teachers, administrators, and the police.

This young girl had no respect for any of the people in charge of her. A "good" kid would have gotten out of their seat the first time they were asked, and there would have been no issue. While the media is crying "police brutality," they ignore the arrogance and feeling of entitlement of these young people. The cop did not immediately resort to violence; he responded as he is trained to do. People are outraged because it was a school girl, but it is a similar situation to resisting arrest. When someone is pulled over and refuses to get out of their car or show the officer their license and registration, the cop continues to ask the person to do so until the person resists so many times he is forced to be aggressive.

Parents no longer feel like they have to parent. They leave that job to the school system, and if their child gets punished, they blame anyone but themselves. There is a generation now that has been raised to think they are entitled to whatever they want and can defy authority if they want to. Therein lies the real problem.

The police officer in South Carolina was doing his job. He was a good cop, doing what he has been trained to do. Police cannot be blamed every time a juvenile delinquent acts up and gets punished. In the real world, there are consequences for your actions, and these unruly kids are going to have to realize that sooner or later, and parents will have to learn that they need to be parents or the only future for their kid is behind bars.

The way to solve this problem is not by fighting against the police and demanding that they stop doing their jobs. The solution is for parents to take a good long look at the people they have been raising their kids to be. The problem lies at home, not in the police department. These kids will have to learn, be it the hard way or the easy way, that in life there will always be authority figures, and they need to be listened to or there will be consequences.

Caitlin Marie Grimes
University of South Florida
9212
Beyond The States