How Pokémon Go Helped Me With My Mental Illness

How Pokémon Go Helped Me With My Mental Illness

Maybe it can help you, too. 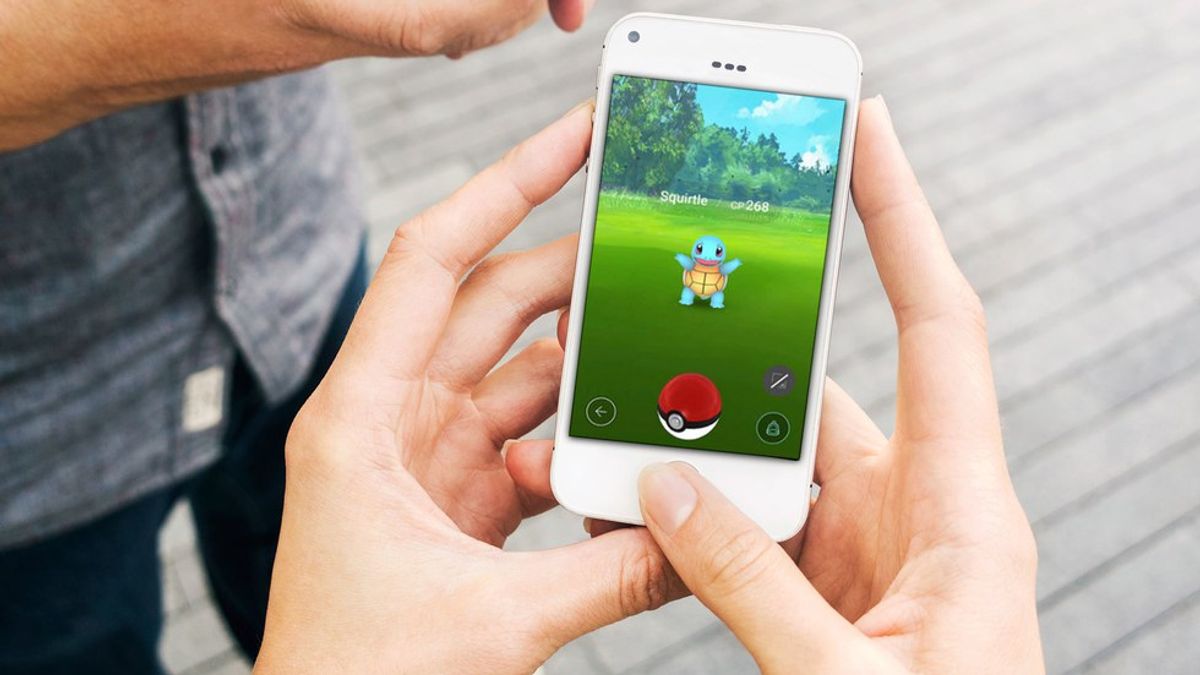 Pokémon was a huge part of my childhood. My brother and I watched the anime and it was one of our favorite shows, if not our absolute favorite. We played Pokémon on our little Gameboys and collected these stuffed creatures. I would scream if I couldn't find my stuffed Pikachu or thought I lost it at the mall.

I stopped playing Pokémon in middle school, trading games and Pokemon cards for clothes and library books, basically becoming a book geek instead of a game geek. However, I recently started playing Pokémon Go, admittedly because everyone else is playing it. Part of it is nostalgia and part of it is for a geeky, scientific reason, which is that it might be good for my mental health.

According to the National Alliance on Mental Illness, about 43.8 million adults in the U.S. experience mental illness every year. I suffer from anxiety disorder and I used to suffer from depression in middle school and high school, so obviously I am a part of this community. People like me enjoy video games when we play them because, according to studies, the video game community is a magnet for people with anxiety, depression, and other mental illnesses.

So what are the benefits of PokémonGo on mental health? For starters, you get exercise, which isn't just good for getting toned legs and losing some belly fat. Exercise also stimulates the brain. In addition to burning fat, you get sunlight, which regulates sleeping patterns and calms you down. We college students could use better sleeping patterns for sure. Most of all, in the words of Elle Woods, "exercise increases endorphins, endorphins make you happy."

I suffer from social anxiety and I have gotten better, though I am not cured. People with social anxiety treasure any connections they make with people, strangers or familiar, and Pokémon gives us that opportunity. If you bump into someone on the street or in the park who is playing PokémonGo, you easily have something to talk about. Also, we are constantly worried people are staring at us or talking about us but since a lot of people are playing Pokémon Go, they probably aren't even aware of other people, let alone care. People also will be less likely to think you're weird for looking for Pokemon.

I said I used to suffer depression. That meant getting out of bed was hard and doing anything was hard because I was embarrassed just to exist and was afraid I would do something wrong. However, certain things, like Pokémon Go, can motivate you to do small, difficult tasks that make you feel better. Something as enjoyable as Pokémon Go is definitely motivating and fun, definitely worth leaving the house or bedroom.

Another disturbing aspect of depression is apathy. You're more apathetic than sad, meaning you just don't care, which is scary. Pokémon Go can pull you out of the fog by enticing you to catch cute or cool Pokémon, hatch them from eggs, defeat trainers in battles, etc.

Another benefit Pokémon Go might have is social interaction, which, frankly, is a little disturbing nowadays due to technology and social norms. People have become bad at face-to-face interactions and Pokémon Go encourages players to interact with each other. The game has also motivated people to create Facebook groups. Team enthusiasts are meeting and conversing daily on how to catch Pokémon, dominate the gym, etc.

Cognitive mapping is another important skill people are lacking in. Cognitive mapping means the mind makes mental maps of landmarks and geography to gain a full perspective on your environment. Searching for Pokémon helps build cognitive maps and also helps maintain a higher level of mental agility.

Feeling out of control is a problem for mentally ill people like me, who often feel others have to take care of us. Pokémon Go as well as video games in general give us a sense of control, whether we are a trainer, gladiator, dragon, whatever.

Everybody, even "normal" people, face stress, especially in a world where terrorism and attacks on police are increasing every day. Silly, cute things like Pokémon Go distract us from these problems. More importantly, they remind us not to dwell on bad things and to enjoy the little things. It makes a big difference. Take it from me.

Okay, mental healthy isn't entirely the reason I started playing Pokemon Go. But it is a good reason nonetheless. Whatever the reason, you should play it.

Go and catch 'em all. Just don't get stuck in trees, enter a lion's den, walk onto a highway, or other crazy crap. That's crazy even for people with issues.