Poets of the Week: Shane Hawley and Rachel McKibbens

Poets of the Week: Shane Hawley and Rachel McKibbens

"Poetry is a nebulous art form..." 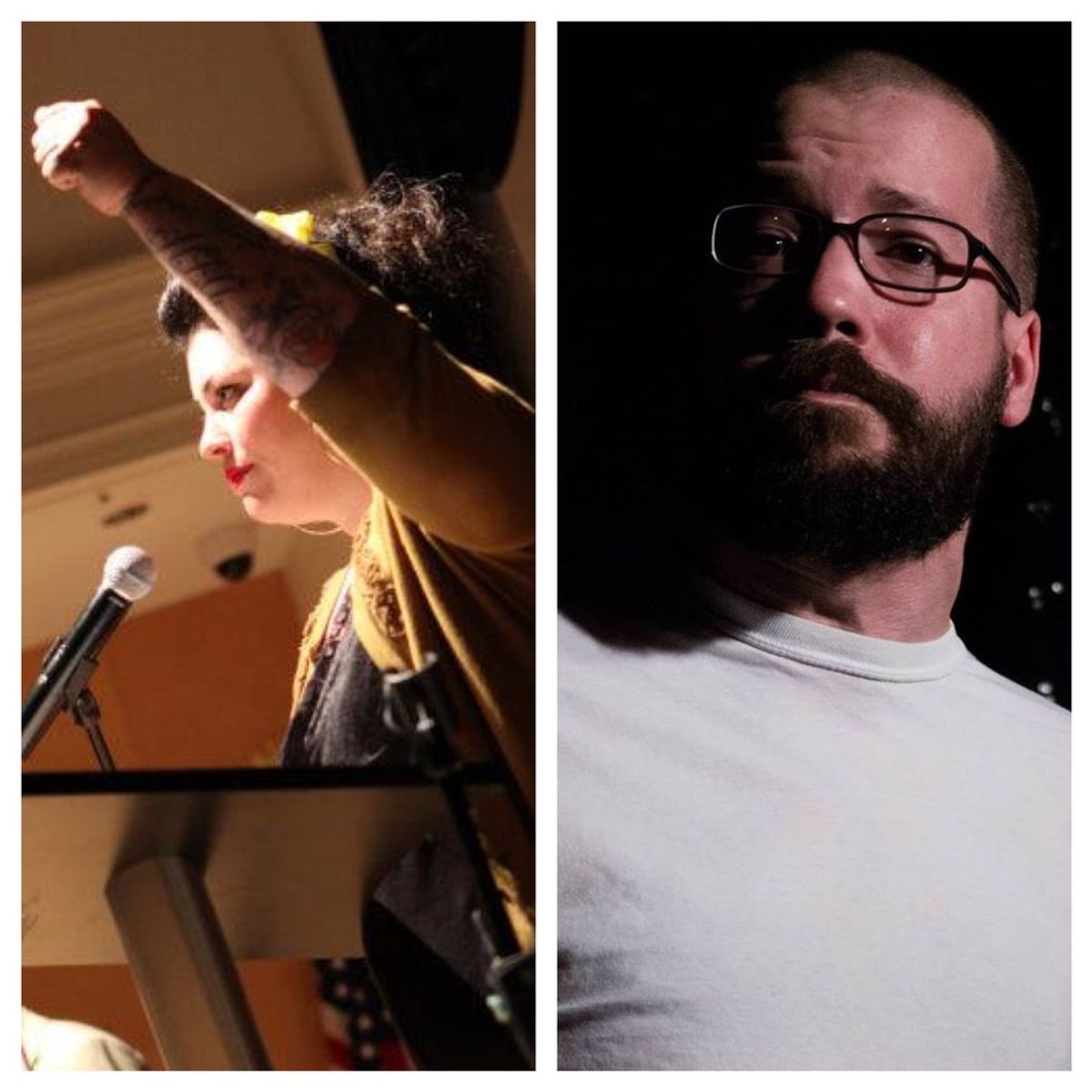 This is it, folks. This is the final article in the series. Normally, here is where I put links to my profile, but also, if you keep reading, at the bottom of this article, you will find all of the links to go back and read your favorite articles all over again. In addition, congrats to Raven McGill and Todd Gleason for having the most shares out of the entire series, capping at 521 shares for your article!

For the last time, I am pleased to announce that this week's Poets of the Week are none other than Shane Hawley, the living personification of Wile E. Coyote, and Rachel McKibbens, the founder of Pink Door and author of three incredible volumes of poetry. Here's what they had to say about their past, present, and future with poetry.

Q: Looking back, what was the moment you first decided to write and/or perform poetry?

Shane Hawley: I started writing very bad poetry when I was 12 because I was bored in science class and smart phones didn’t exist. I started performing very bad poetry after I saw the first episode of Def Poetry Jam in 2001 because I’m a cliché. Somehow I made the National Poetry Slam team for Minnesota that year which was enough positive reinforcement for me to keep screaming jokes at people for the past 15 years.

Rachel McKibbens: After a dear friend of mine died of a heroin overdose, it became evident to me that I had to create an unchartered language for my grief. I knew if I didn’t voice what was happening in my head, I was going to die.

Q: What is one piece of advice for young poets today?

Shane Hawley: I have a million different bits if advice for young poets. Drink and smoke less, only sleep with people who really like you, take yourself a little less seriously. The most important thing I would tell poets who want to be successful though is grind. The most successful people in this world aren’t often the most talented, they’re the people who work the hardest, so if you’re frustrated that your work isn’t where you want it to be or that you’re not getting the attention you’d like, keep at it. You may not be a virtuoso but you can out-work a virtuoso, which means writing more and doing everything else less, like drinking, smoking, and sleeping with people who don’t like you.

Rachel McKibbens: 1) Read everything, and not just poetry. 2) When/if you go on the road to tour, clean up after yourself. Be respectful toward those who put you up. Say no to anything that makes you uncomfortable. Carry a knife.

Q: What is your favorite painting, sculpture, or piece of art?

Rachel McKibbens: Frida Kahlo’s What the Water Gave Me. I love how autobiographical all of her work is, and I like how that particular piece shares the same divine clutter that Bosch’s The Garden of Earthly Delights does. I feel like, if you opened up my head, a vision like that would spill from it.

Q: What does poetry mean to you?

Shane Hawley: I don’t know. Poetry is a nebulous art form, it just happens to be the one that I fit into loosely, but my work is as much comedy and performance as it is poetry. I think poetry is wonderful and important if that’s what you love, but no more so than any other art form to any other person depending on where their passion lies, either as a creator or a consumer. All art forms are good and good poetry reminds me of that.

Rachel McKibbens: It means something new every few months. This week, post-Trump election, it means liberation and resistance.

Q: What is your favorite series of books?

Shane Hawley: I feel like whatever I read most recently is my favorite book. Malcolm Gladwell’s books, while not a traditional series, are wonderful and make me feel better about the world. My friend John Jodzio put out his third collection of short stories last year, and they’re hilariously twisted and wrong. The Black Company is a series of ten huge books by Glen Cook if you’re looking to waste a year of your life reading about medieval mercenaries in a fantasy/sci-fi portal world.

Q: What are you most proud of in the poetry community today?

Shane Hawley: I’m proud of my friends at Button Poetry who have found a way to get poems performed by marginalized performers on the phones and computer screens of millions of people who would have never seen them. That’s going to become even more important as Donald Trump’s America starts taking things away from women, people of color, people in the LGBTQ community, and people with mental health issues.

Q: What do you do to relax?

Shane Hawley: I drink Everclear and ride tricycles in circles until I pass out.

Shane Hawley: I expect 2017 to be absolutely horrible. I think that all the people who are imploring the nation to come together and give Trump a chance are bonkers. I think we should brace ourselves for rights being dialed back, extremely prejudiced people becoming more emboldened, and truly awful and insane decisions being made. I think that at least the next two years will be the darkest of my adulthood, and depending on how midterm elections go maybe the next four. I think we should prepare ourselves for absolutely anything to happen, and for a ton of terrible poems about President Donald Trump. There will be a handful of really clever ones though.

Shane Hawley: I have a book coming out next year! It doesn’t have a title yet, but it’s not at all and also exactly what people would expect from me. As things develop I’ll provide people with more information, but for the time being just friend me on Facebook or follow me on Twitter if you’re interested and I’ll keep you updated.

Rachel McKibbens: I am a Chicana poet who resides in upstate New York. I am the founder of the Pink Door Women's Writing Retreat and author of three full-length books of poetry.

This is the end of the series. Thank you to all of the readers and poets and staff who made this series possible. This is my last article with Odyssey. I am graduating tomorrow from Mount Holyoke College with a degree in English and Politics. Thank you for allowing me to spend my last few months conversing, working, writing, and sharing with all of you.

Special Thanks to my editors, Lydia Solodiuk, Siddhi Shah, and Nia Decaille. Also, to all the poets who participated in this incredibly long series of interviews. You all are a blessing.

Finally, below for the last time are all of the previous interviews:

Signing off for the last time. Love, Jocelyn. xx

Madison Franz
The Narrative
1115507
Photo by Brooke Cagle on Unsplash

Madison Franz
The Narrative
653387
Photo by Manny Moreno on Unsplash