America is my home, just like it's home to thousands of other immigrants. 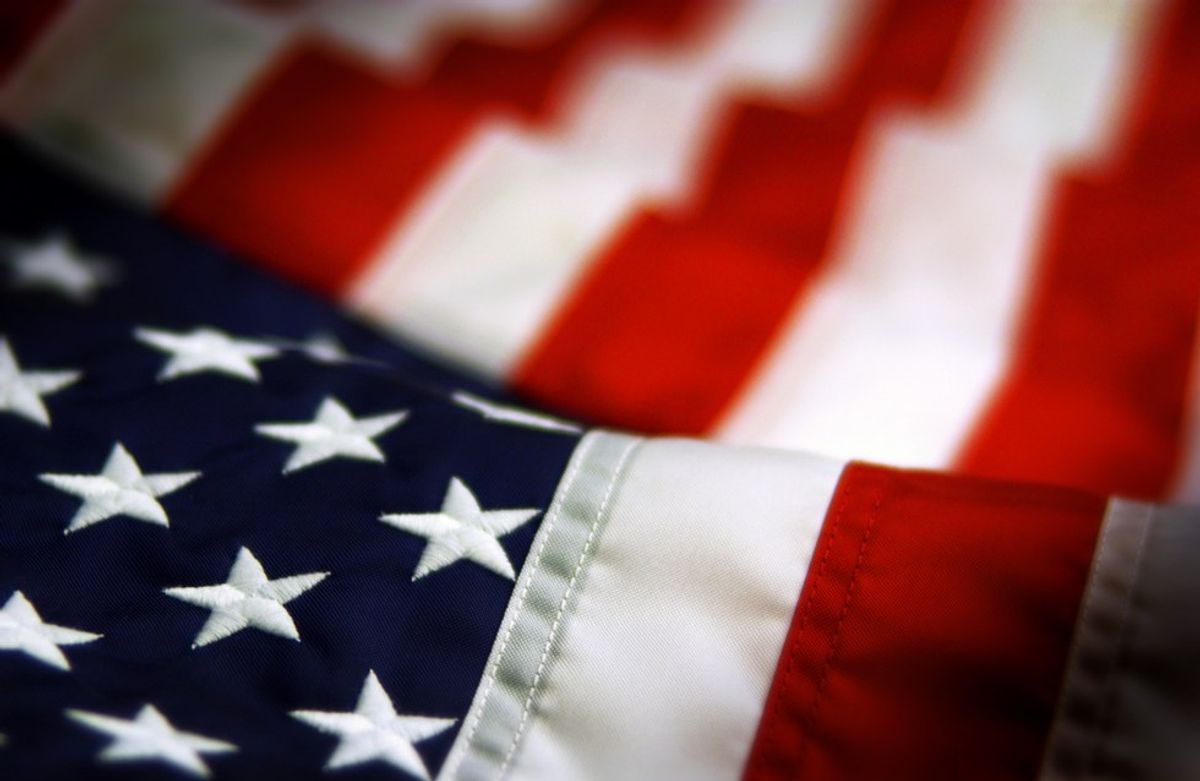 I remember, back in elementary school, some of the first songs we learned were "My Country 'Tis of Thee", "America, the Beautiful", and "This Land is Your Land." I remember singing them nonstop and at the top of my lungs. The sense of nationalism, the pride in my country these simple songs instilled made me feel special for being able to call myself an American. Mr. President, I feel the need to clarify that my intentions are good, I don't mean for this letter to anger or upset anyone. I am writing this because I love my country, the country I grew up in. The First Amendment guarantees the freedom of speech, and I intend to use it. You see Mr. Trump, while I don't want to offend, anger, upset, or hurt anyone with my words, you have. Your words and actions have enmeshed people into protesting and they have also caused people to cry and grieve. Your promises during the campaign angered a lot of people, but there was a slight hope that you wouldn't carry them out. But you are. I will be honest, sir, I was angry. During the elections, I wasn't rooting for you, but that doesn't matter now. What matters is that you are the President of the United States of America. The United States. Unity, sir, it's in the name of the country that you govern. By issuing the travel bans, and by building the wall, you are dividing the nation whose base is the word, unity.

Mr. President, I am no longer angry. And I am just an 18-year old college student, I don't have the credentials to say anything to you, you hold the most powerful position in the world. And precisely because of this you will probably never read this letter, but I hope somehow it finds it's way to you. I do not denounce you as my president, I live in this country, and it's leader is my president. But I do disagree with your recent actions. Sir, you are dividing families, causing fathers to miss the birth of their children, causing sickly people to miss out on the treatment they desperately need. Sir, you lived in New York; I don't know if you've been to the Statue of Liberty or Ellis Island, but you definitely know about it. People flocked to this country because of the promises of "streets made of gold," they left their homelands to start a new life, a better life. They were greeted by Lady Liberty and her golden torch. On her pedestal, these words are inscribed:

Not like the brazen giant of Greek fame,
With conquering limbs astride from land to land;
Here at our sea-washed, sunset gates shall stand
A mighty woman with a torch, whose flame
Is the imprisoned lightning, and her name
Mother of Exiles. From her beacon-hand
Glows world-wide welcome; her mild eyes command
The air-bridged harbor that twin cities frame.
"Keep ancient lands, your storied pomp!" cries she
With silent lips. "Give me your tired, your poor,
Your huddled masses yearning to breathe free,
The wretched refuse of your teeming shore.
Send these, the homeless, tempest-tost to me,
I lift my lamp beside the golden door!"

Emma Lazarus wrote these words to welcome people into the county, people with souls that are "tired," "poor...huddled masses" that are "yearning to breathe free." Sir, why would people who have traveled long distances to start a new life in a country of their choice try to destroy that country. Mr. Trump not all immigrants are bad. I, myself, am an immigrant but I hold more love for this country than the one I was born in. Sir, most immigrants feel the same way. It's not easy to leave everything you know behind, to move far, far away to a land you don't know. Ask the First Lady, sir, I'm sure Mrs. Trump can tell you more about how lonely it feels to be unwelcome in the country that is supposed to welcome all. This country was founded by immigrants, for immigrants. Can you see why there is so much protest against this simple travel ban? You are trying to change the base of this country. People are upset, that is why they are lashing out. I am upset as well, but instead of lashing out I choose to write this in the hopes that you might read it someday. But at the least, I know that others reading it will find some peace.

Our founding fathers started the constitution with the words "We, the people, in order to form a more perfect union, establish justice and ensure domestic tranquility, provide for the common defense, ensure the general welfare and secure the blessings of liberty to ourselves and our posterity, do ordain and establish this constitution for the United States of America." Sir, I have these words memorized, not because I had to for History class. But because they hold a special meaning to me; they prove that this nation was founded to give people a new, better life. Sir, it seems we, as a nation, have forgotten these words. There is no domestic tranquility, the nation is divided, whether it be over the ban, the pipeline, the wall, or just the outcome of the election.

President Trump, I have only been alive for 18 years, but I have learned that a team is only as strong as it's weakest member. I have learned that in order to move forward, sacrifices must be made to strengthen that member. The team must work together. This is what our nation must do now. You're campaign slogan was "Make America Great Again", but sir with all due respect, I think you've become blindsided to how great America already is. There is always room for improvement, and if you were to change that slogan to "Make America Even Greater Than It Already Is" I stand behind you one-hundred percent. But that cannot happen if the people dislike their ruler. The two easiest ways to rule are either to inspire fear, or love in people's heart. Sir, you want to do the latter, not the former. Hitler inspired fear, Stalin inspired fear, Mussolini inspired fear, Castro inspired fear, ISIS, Al Qaeda, and the Taliban inspire fear. Sir, please do not be like them.

I ask you to listen to the people of this country, I urge you to broaden your horizons. Wall Street is not everything, sir. Right now, there is dissent in the country, our allies are not happy with us, people all over the world are hurting because of the travel ban, the middle class simply cannot pay for the wall and remain middle class, they will drop under the poverty line. The middle class needs help, the college students need to graduate debt-free so they can actually be useful to the economy. Sir, I am just a student in her first year of college, I don't want to spend the rest of my college career worrying about how I'm supposed to pay for medical school and pay off my current loans alongside of worrying about when I'll be asked to leave the country.

President Donald John Trump, I respect you. I humbly ask that you simply think twice before issuing an executive order, not about the politics or the business, but in the sense of how it will impact the people. Sir, I was born on Memorial day, a day that honors the soldiers who fight for our rights on foreign soil. Let their fight mean something to each and every one of us. Join the nation one more, and America will, indeed, be greater than ever.