The Pink And Blue Problem

The Pink And Blue Problem

Why we should toss gender roles in the can. 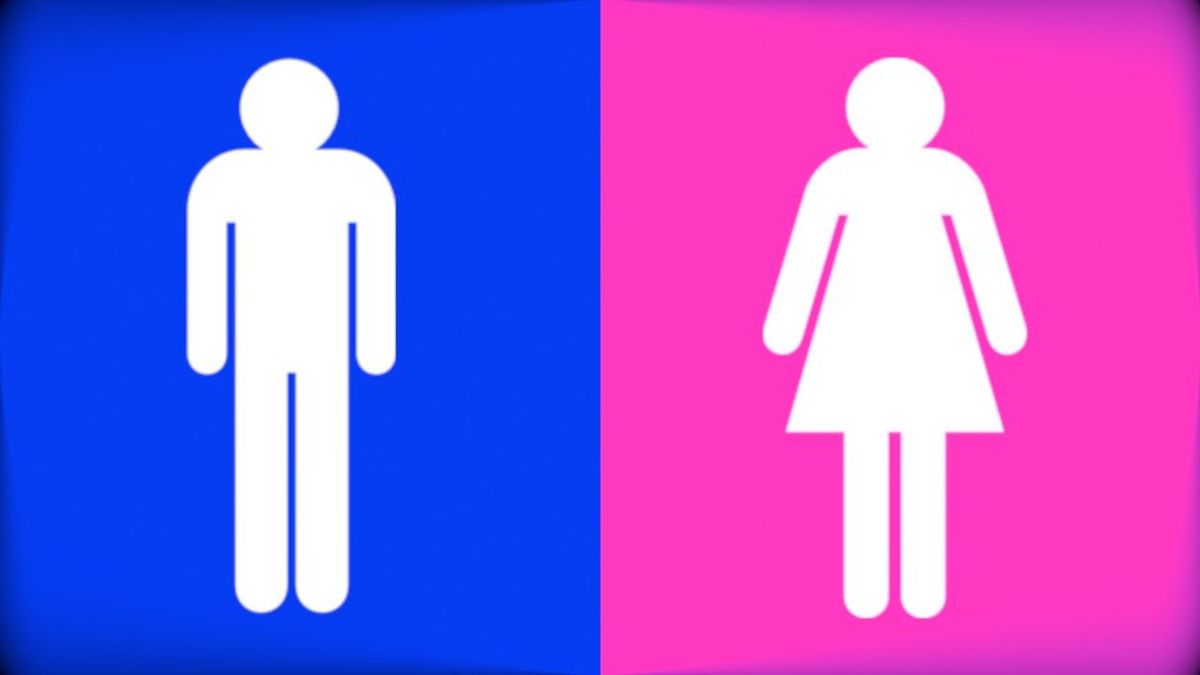 Gender conditioning typically begins the moment that a couple learns the sex of their child. If their bundle of joy is a little girl, they are immediately showered with pink, frilly, gifts and the words "it's a girl!" Stamped upon everything. For little boys, blue colors accompany the words "it's a boy" and all frilly gifts are seen as a big no-no. Pink is considered a feminine color, which is associated with frailty and softness, while blue represents more of a masculine and strong color. As harmless as they may seem, these celebratory colors are typically our first introduction to our society's extremely limiting and narrow gender roles. The stereotypes that follow the two basic gender roles are highly sexist, unfair and prohibit individuals from having the freedom to explore the entirety of their individuality. Contrary to popular belief, gender and sex are not synonymous. Sex is a word we use to classify a human based off their sexual organs. Gender is the way we, as a society, describe femininity and masculinity. A human's gender does not always match their sexual organs, which is why we have a rainbow of both gender and sexual identities. Gender roles wash out the identities that do not align with society's expectations, which has proven to be incredibly detrimental to the wellbeing of countless individuals.

Here is a list of ways gender roles are harmful:

Little girls are taught to idolize princesses because they are essentially the pentacle of our society's perception of femininity. Most princess stories depict women in need of a man to swoop in and save them which reinforces the idea that women aren't capable of taking care of themselves. Women are supposed to be able to cook, clean, raise children and always sexually please their husbands. Women are taught to always be "lady like" which means we are to be mild-mannered, polite and always have a smile on our faces. Women are seen as irrational and unable to control our emotions, especially during our menstrual cycles and because of this we are urged to veer away from leadership roles. These are just a handful of the countless absurd and downright insulting stereotypes. Gender has nothing to do with strength, ability, emotional stability, or worth. Women are capable of doing and being anything that they want in this world. We are capable of saving ourselves and being leaders. We are allowed to remain single, never have children, hate wearing dresses, curse like sailors, and vice versa. Womanhood is unique to each and every woman.

Men are expected to have the emotional capacity of brick walls. If a little boy cries, he is criticized for being weak and commanded to quit "crying like a girl," which leads many boys to become cold and unemotional. This unfair stereotype stigmatizes natural human emotions which then creates an epidemic of unnatural and unhealthy levels of emotional disconnectedness in men. While the healthy release of emotions is discouraged, unhealthy emotional expressions such as aggression are laughed off as "boys being boys." This causes many men to behave in ways that are harmful both to themselves and those around them. Just like the stereotypes of women, there are countless stereotypes due to gender roles that I could list for men, but the point is, they are unfair, untrue, and incredibly harmful. Men can do and be whatever they set their hearts upon. Crying does not make you weak, having feminine traits is not a negative thing, and no gender is greater than another.

Contrary to popular belief, gender is not black or white, but rather an endless rainbow of colors! There are indeed women and men, but there are also many genders in between and even people who identify with no gender at all! Gender roles only recognize men and women which invalidate individuals who do not fit into those categories. All gender identities are real, valid, important, beautiful and worthy of recognition.

As I mentioned previously, gender does not always match a person's sex. In our society, if a person transitions from their assigned gender to another, they are typically shamed or even ostracized. In some places in the United States, it is actually legal to kill a transgender person if they sexually "mislead" you into thinking that they have different sexual parts. This is not acceptable. Humans should be free to explore the full extent of their individual identities without fear of being harmed. It's perfectly OK to identify with a different gender than you were assigned as a baby. Trans people are not mentally ill, confused, or wrong. They are merely allowing themselves to be who they truly are which is something that all human beings should practice.