The second amendment is under attack in New Jersey, and the state's low-income, black, and Hispanic communities have the most to lose. 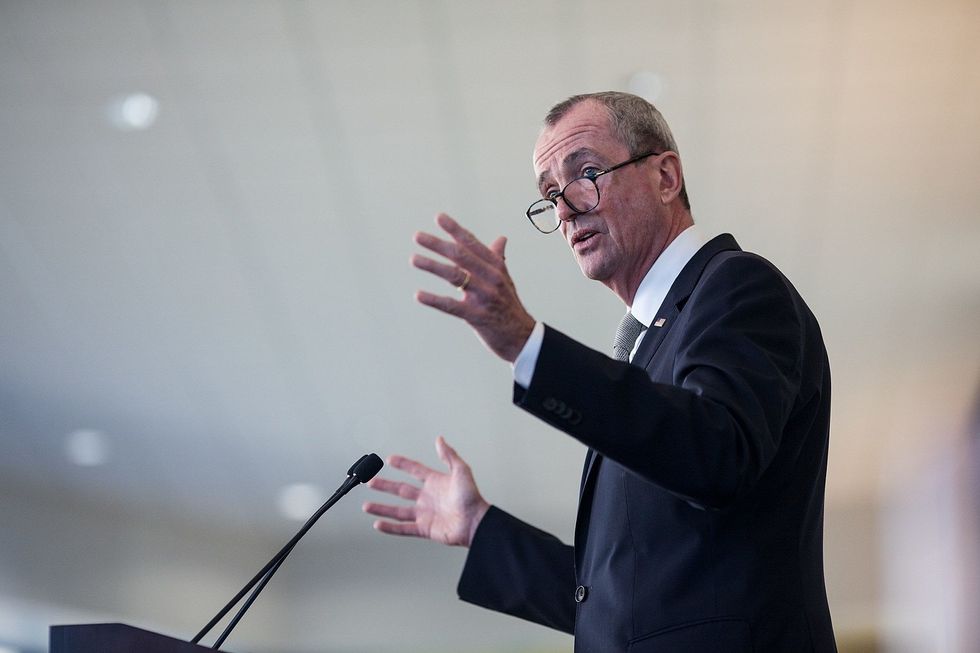 The second amendment, or the right to "keep and bear arms," is the hallmark of freedom here in the United States. The existence of the second amendment is what preserves the first amendment. This constitutional recognition of the right to bear arms is based on the inherent human right of self-preservation. Without it, Americans have no defense against tyranny. This right was recognized by the founders for a reason, and infringing upon it would prompt history to repeat itself.

New Jersey, according to a study conducted between 2005 and 2011, is in the top 10 states with the most restrictive gun laws. Governor Phil Murphy, however, does not think this is enough. He now wants to effectively restrict gun ownership to only wealthy individuals.

Here is a brief walkthrough of the path to gun ownership in New Jersey: The process to apply for, purchase, and legally own a firearm in New Jersey is arguably already infringing upon the rights of citizens. This process begins with an application to your local police department. The requirements outlined in N.J.A.C. 13:54-1.5 are broad and leave room for discriminatory discretion.

It is then required to complete an STS-33 form, be fingerprinted, and consent to a release of your mental health records. You must also provide two references, who vouch for character and that your application reflects the truth. Upon completion and acceptance, a Firearms Purchaser's ID will be issued. This is supposed to be issued within 30 days following acceptance, however, it has been reported to take longer, even up to six months on some occasions. If you wish to purchase a handgun, you must complete a separate application. You must also be over the age of 21. You may only purchase one handgun per month, and each handgun must have its own permit as well.

Upon receipt of a Firearms Purchaser's ID, the next step takes place at the firearm retailer. You are required to fill out an ATF form and be subject to a background check through NJ NICS. Results following the background check may take up to two extra weeks.

For comparison, the national background check used in many other states yields results in about 20 minutes.

(It should be noted that the same people who denounce the requirement of a driver's license or ID to vote as "racist" support the enforcement of such a requirement for another constitutional right. This argument is inconsistent. An ID must be furnished in order to show that one is legally able to purchase a firearm or ammunition, just like it must be furnished in order to vote.)

The above mentioned are the current hoops that aspiring gun owners must jump through, simply to express a right which is supposed to be protected.

We've covered what this process costs in amounts of time, but now we move on to costs in money — and what Governor Phil Murphy wants to do to raise it. Depending on where you live, the average cost of a handgun is between 500-600 dollars. On top of that, ammunition is between 100-200 dollars. For reference, this is more than I pay in monthly rent for my house.

Despite these hefty costs that gun owners already face, Governor Murphy doesn't think it's enough. He wants legal gun owners to pay up to 2,000% more in permit and carrying fees. There is no explanation for this, besides making it more difficult for citizens to access their constitutional right.

Large fees do not curb gun violence. They forcibly curb legal gun ownership, and they place an undue burden on citizens in lower economic classes, who happen to be disproportionately minorities.

Currently, A firearm identification card costs $5, while a permit to own a firearm is $2. A permit to carry a gun costs $20. These are reasonable prices that citizens of every socioeconomic class can feasibly afford. Under Governor Murphy's proposal, "An identification card would cost $100, an owner's permit would be $50 and a carry permit $400." These, however, are not something everyone, who can otherwise legally purchase a firearm, can afford. This is discrimination.

Not only is Murphy's proposal classist, but it is indirectly racially discriminatory.

In 2017, New Jersey reported that the poverty rates among both black and Hispanic families were more than double the rate of poverty among white families. Because of Murphy's proposal, these groups will be less likely to be capable of affording something that is a protected and guaranteed right.

In a city like Newark, black and Hispanic citizens make up about 73% of the population. In 2017, the poverty rate for the city was 28.3%. Compare this to New Jersey's overall 10.4% poverty rate in the same year. The rate of violent crime in Newark is more than triple that of New Jersey overall.

It should be clear that Murphy's proposals discriminate against lower-income individuals. Minorities, like black and Hispanic families, are more likely to experience poverty than white families. Minorities also make up more of the population in New Jersey cities. These cities have much higher crime rates than more suburban and rural areas of the state. Minorities, because of this, are more often at risk of danger and crime and could benefit from being allowed to express their constitutional right to protection.

The people who need access to firearms for protection arguably the most are being unfairly restricted based on class and, indirectly, race. The rights of law-abiding citizens are being infringed, and we must fight against it.