So, what’s wrong with you? 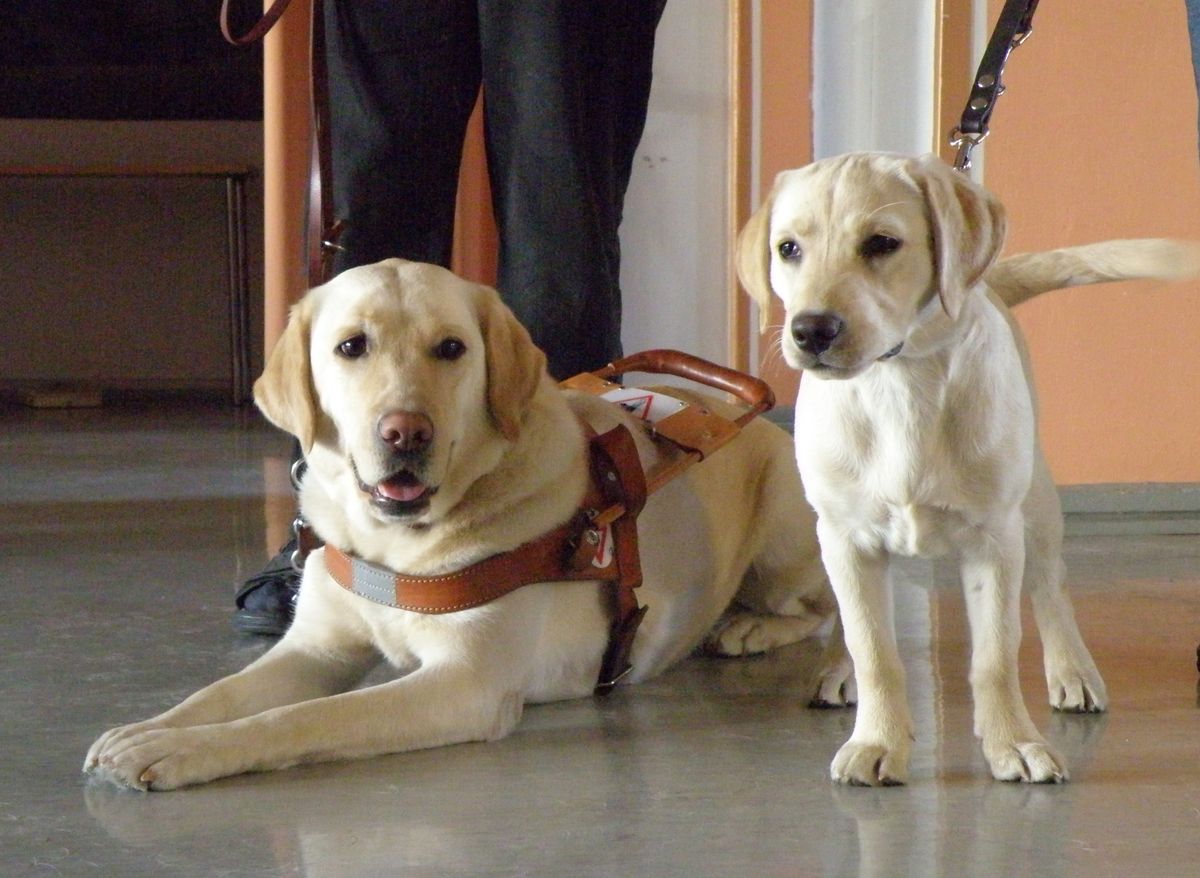 Let me paint a picture for you: Your partner and soon-to-be wife suffers from a neurological disease that affects her ability to walk, puts her at risk for falling regularly, and all around diminishes her quality of life. Just over two years ago (after a serious fall), she concluded that it wasn’t always safe for her to walk alone. Now instead of being escorted everywhere and in an effort to maintain some independence, she made the decision to get a service animal who works as a mobility assist.

So imagine that you are walking into a restaurant for dinner with aforementioned partner. You are greeted by a hostess who, upon seeing the dog, pushes to seat you on the patio despite the fact that it’s approximately 45 degrees outside. Clearly the hostess is unaware of laws regarding service animals, has disregarded the harness that clearly reads “service dog”, and doesn’t understand that my partner’s service animal is of medical importance. This is made more apparent with her statement, “Having a service dog must be fun!” My partner, as she usually does, politely asks that we be seated inside as she is accompanied by a service dog. The hostess proceeds to begrudgingly seat us at a table in the back, a section that is fairly empty and as far away from the less-difficult paying customers as possible.

This is just one of many examples of the type of service my fiancé receives, and it is by far one of the best experiences compared to others. That being said, I believe that in today’s society where service animals are often used for medical purposes, it’s important that everyone know the basic etiquette that applies to them.

1. Address the handler, not the dog

There have been far too many instances where people will approach and ask the dog how its day is going and completely ignore the handler. Because, as we all know, dogs have extensive emotional capacity and frequently love musing about the weather and the state of our political climate. Or, is that the other way around? It’s incredibly rude to address the animal in any way without even acknowledging the handler in the first place.

The fact that there is a dog present doesn't immediately diminish the handler's presence in any way, nor does the handler become invisible just because the animal is there. Would you talk to a wheelchair or a cane? Because that's what you're doing when you talk to a uniformed service animal. The person handling the service animal is still a person and still deserves the respect and courtesy that's afforded to anyone else.

The best practice for addressing any service team (handler + service animal) is to ask if what you want to do or say is okay. They more than likely have everything under control, but if you are going to try and do anything for the both of them, just ask. Think before you try to pet their service animal as well. Many service dog vests will have “Do not pet” printed on them. This isn’t because the handler wants to be a jerk, but because any distraction might prevent the dog from performing their service to their handler.

Whether it’s mobility assist, cardiac assist, seizure alert, or any of a number of other tasks, you are a natural distraction. As it says, just ask. Keep in mind that it’s entirely possible that you’re going to ask and the handler is going to say no. If a handler says no, it isn’t because they are being rude or they don’t believe their medical device deserves affection, it is more than likely that you are the dozenth person to stop to try to pet their animal today. If they stopped to allow everyone to say hi, they’d become a petting zoo and not a service team. As it says, when it doubt, just ask.

3. Be courteous and have common sense

Just because this person has a service dog, this does not give you grounds to dig into the handler’s personal life. How would you feel if a complete stranger started asking questions about your medical history? It would make you uncomfortable, right? Same goes for service dog handlers. “So, what’s wrong with you,” should not be how a conversation starts with any human being. You wouldn’t ask someone in a wheelchair or on crutches what’s wrong with them, would you?

Consider that, as long as that animal is in that vest, it is a medical device. Remember, this person doesn’t have an animal with them at all times because they want to. If this animal is with them it’s because it is necessary. They’re not lucky because they get to have a dog with them, nor is it fun to need to have an animal with you. So before you say how much they must love bringing their dog with them or how jealous you are that you can’t, think again. It’s out of necessity and that animal has been highly trained to make sure that any needs their handler might have out in public are met.

I cannot stress this enough. If you take nothing from the other three points, take this one. As exciting as it is to see a large dog sitting at a restaurant or in the aisle of the movie theater, the best rule of thumb is usually to act as if it isn’t there at all. To clarify, this means don’t make clicking sounds at the dog, whistle at it, make cooing sounds or bark in an attempt to get the dogs attention. Service animals have one job and they are highly trained to assist, protect, and save the lives of their handlers. Although they don't typically get distracted easily, their attention should be on their handler. Just for your information; it could be considered tampering with a medical device if you pet the animal without discretion.

These four things are essential in terms of service dog etiquette and do a lot to make the lives of handlers' easier. I know that dogs are wonderful loving and amazing creatures, but these ones have a job to do. You may think about how awesome it would be to have your dog with you all the time, but in the case of a service dog handler there is one thing you have to take into account: with a service dog comes a need for a service dog. You never know what other people are going through so be mindful of others.

Service dogs make lives better. Do what you can to make life better too.