When People Project Their Insecurity Onto Others

People Will Always Try To Project Their Insecurities And Issues On You, But That's Not Your Problem

There are a million and one reasons behind another person's anxiety and problems, and we're so prone to believe that their behavior toward ourselves means we are ultimately to blame. 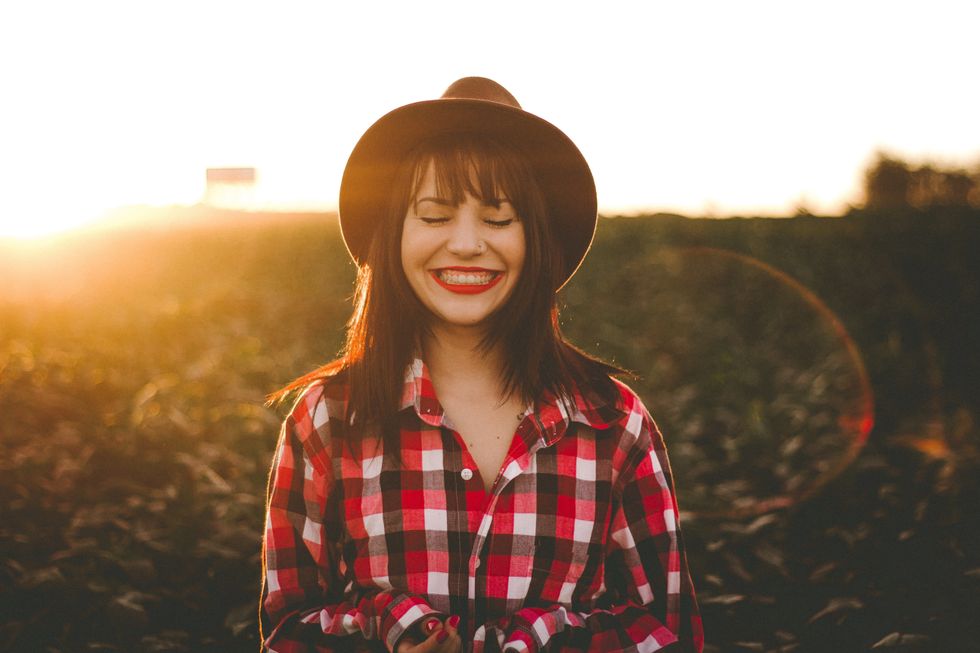 There are two things that we'll always encounter in our day-to-day lives:

2) People who, once again because of their disregard of self-awareness, decide to project all of their inhibitions onto others

However, just because other people may insist that it is your responsibility to share their precarious nature, does not mean you have to participate in that interaction.

It also doesn't mean or automatically suggests that you are the problem. There are a million and one reasons behind another person's anxiety and problems, and we're so prone to believe that their behavior toward ourselves means we are ultimately to blame. Depending on the person, they may also attempt to persuade you to believe that their self-doubts are actually yours. If they succeeded, then you understand the annoyance behind finally realizing that you were and are as normal as originally self-believed.

Whether it's a lack of awareness, or refusal to assume accountability, that is not your problem to fix.

Many people have the tendency to become too comfortable with masking their problems, rather than dealing with the discomfort associated with facing them. Don't get me wrong, working on yourself is real work. Depending on whatever causes those certain internal issues can cause it to be very difficult to look inwardly.

Without a consistent self "check-in," there is a larger possibility that we will become uncomfortable in our skin. If we don't love the person on the inside, we will not be cascading an outflow of love to the person on the outside. There's always the possibility that people don't even realize they're reacting to certain events from the past. I'm not one to judge, because it's true that we never know the complete extent of what another person has gone through.

However, no matter the difficulty in looking inward, we all can make the decision to confront ourselves, or avoid the issues bothering us, too. No one can force us to participate in the former. We can't force other people to make any necessary changes to their lives or actions. Just because other people can't step out of the comfort zone they have created for themselves, doesn't mean you have to cross over into their territory because they invite you to join them.

Being a secure and confident human does not have to end because it makes another person anxious. Think about everything that has made you nervous, but you still decided to be honest with yourself. (If you are really happy and loving life than you'd probably experience this the most because many are going to feel insecure around another person who gives no f****.)

People will always try and project things onto you, and simply allowing others to just write all over you as if you're a blank slate is a naive and self-negligent decision. Just as it's important for other people to treat their anxieties, it's equally relevant to continue reminding yourself of who you are. Without taking the time to become aware enough of what defines the factors that compose you, it becomes a lot easier for other people to have us questioning whether or not we are the problem.

Although helping another person feels like the right thing to do because I can absolutely be the type of person who will offer a helping hand, you are more than likely not going to resolve anyone else's situation if they're searching to lower people rather than for help.

The more people search for contentment in other people than the more they will continue to not find any source of happiness. Those who actually do fall blindly into the trap of lowering their boundaries, energy level, or delight are only going to begin feeling the same level of disconcertment. With this as the end result, who's actually helping whom in the end?

In other words, no matter how kind and caring of a person you are, there are few valid reasons to believe in the insecurities other people will place on you in an attempt to console their emotions. It's not going to make you any happier, and it will definitely not end up making anyone else experiencing any feelings of unease any contentment, either. You, the person who already has to balance their own needs alongside the requests of others, should always come first.

Disclaimer: We all do it

The bottom line? We may have all had a tendency to do this at one point or another. Acting in such a way probably felt great and well-needed at the moment. All of the emotions we were experiencing were just as valid and sincere, too. I won't lie and say that there weren't moments where I just felt things and did not want to talk about anything having to do with those feelings.

I quickly learned that being upfront and vulnerable to everything I have experienced is the only way I reached any type of emotional or inner-resolution. From my experiences, I can say that acting as if my problems belonged to other people didn't get me very far. However, being comfortable in vulnerability with the right people, actually helped me out more than I thought.