Pennywise Is Not Gay
Odyssey

Pennywise Is Not Gay

Pennywise is the personification of homophobia in Derry. 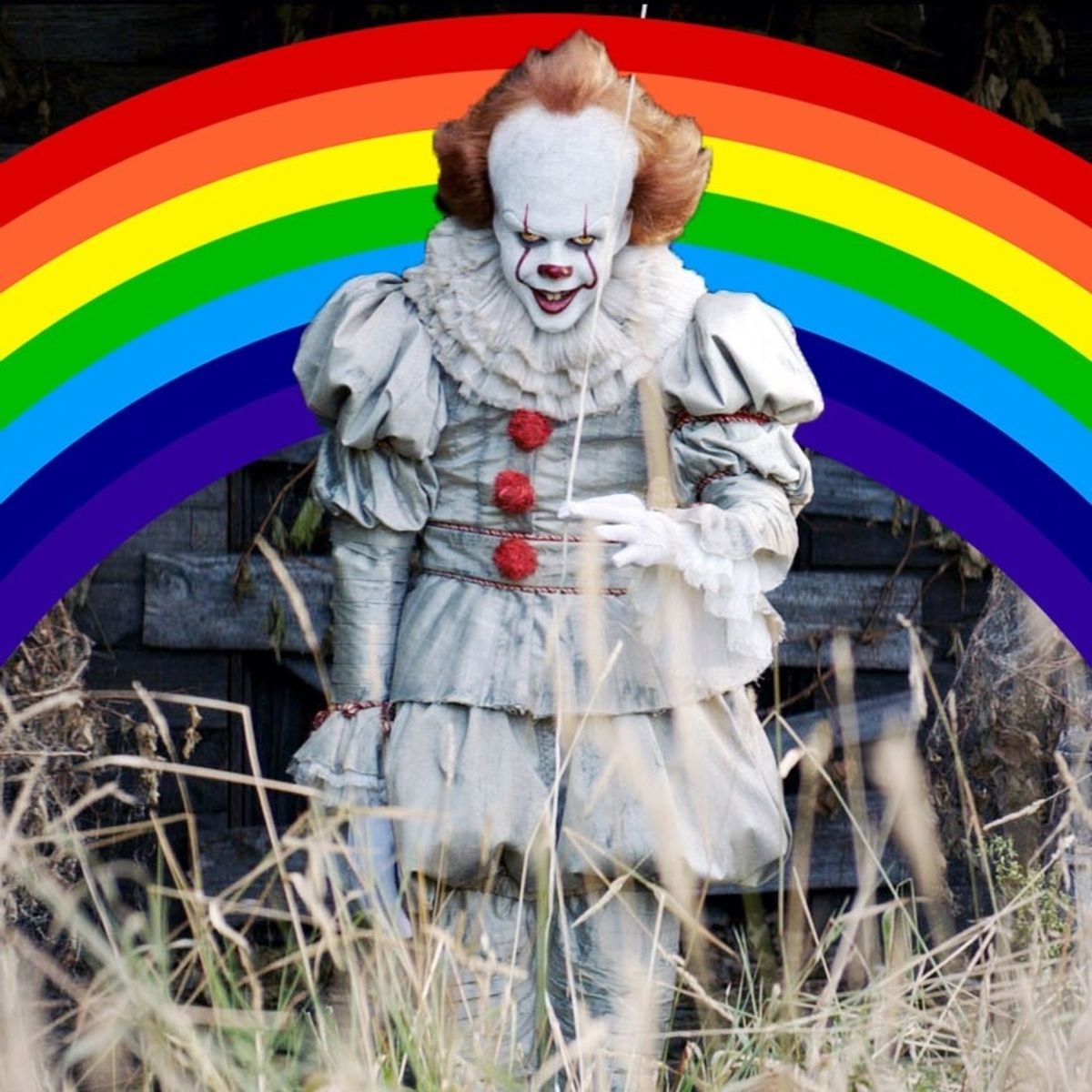 About a week ago, I was scrolling through my Twitter feed, as many millennials do these days, and I came across something that I found really interesting: people decided that Pennywise from the recent It movie is gay and his boyfriend is the Babadook. I did not think anything from it; so, I just scrolled past this and ignored it. That is, until I saw the many tweets that glorify Pennywise and call him a gay icon.

Now, I think that all the edits that people have made, the tweets that have emerged and the amount of people that have been personally offended by this are pretty funny. However, as someone who has read the book, I think people should know what actually happens in It before deciding where Pennywise stands.

Before I go any further, I must warn those who have only watched the most recent adaptation of It or those who do not know what It is, that I am going to mention several things that happen in the story that were not in the 2017 film adaptation.

First, Pennywise’s sexuality is not addressed in the book, nor is it essential for the plot; in fact. I do not think Stephen King created the character and then decided that Pennywise should be attracted to something - it most likely does not even have a sexuality. It is also relevant to mention that Pennywise is not human, it is a monster that shapeshifts (occasionally to animals); thus, it is fair to assume that its sexuality is not as relevant as the fact that wanting Pennywise to be with a human is closer to bestiality. Nonetheless, the Babadook is Pennywise’s latest pairing and he’s not human either; so, we do not have to worry about that.

But, for the sake of this article, let’s assume that Pennywise indeed has a sexuality and that - ironically - his pronouns are he/him instead of it.

Pennywise could not be attracted to other males because of the several horrible actions that he has made.

One of these actions having to do with a young Eddie Kaspbrak, who is one of the protagonists of the story. While riding his bike in 1958, Eddie passes by the house at 29 Neibolt street and he encounters a hobo that he believes to be a leper who then starts to chase him while screaming that he would blow Eddie for a nickel, a dime or for free. The first time that Eddie encounters Pennywise is when Pennywise takes the form of the leper and chases him. This particular encounter is the representation of Eddie’s fear of disease and his fear of sexuality because he is confused with sexuality in general as it completely foreign to him. Pennywise mocks Eddie’s fears by introducing him to a completely messed up concept of sexuality.

Another event that contributes to the Pennywise-is-most-likely-not-gay hypothesis happened in 1985 when Pennywise ate Adrian Mellon in front of Adrian’s boyfriend. It is important to mention that Derry - the town where It takes place - has a violent homophobic attitude and Adrian’s murder was a hate crime committed by three teenagers who harassed him and then threw him over a bridge. This particular murder was based on the murder of Charlie O. Howard, who was harassed and assaulted by three teenagers who threw him over a bridge. He later drowned. In Adrian’s case, he was thrown over a bridge and then attacked by Pennywise who then ate him while Adrian’s boyfriend watched. The reason why this particular crime was depicted in the book was to show the homophobia that exists in Derry.

Throughout the book, Pennywise actions’ are gruesome, horrible and violent, and they make him the personification of the homophobia, racism and hatred that exists in Derry. These are the reasons why, I personally do not think that Pennywise could be part of the LGBTQ+ community, much less be a gay icon.

On the other hand, this gives way to another theory which argues that Pennywise is in fact gay, but is too scared of its own sexuality, which is why it terrorizes people. However, this opens a whole other can of worms and I really don’t want to get into it right now. So, you’ll just have to make do with what I got so far.