11 Reasons Why I Love Drinking Beer

11 Reasons Why I Love Drinking Beer 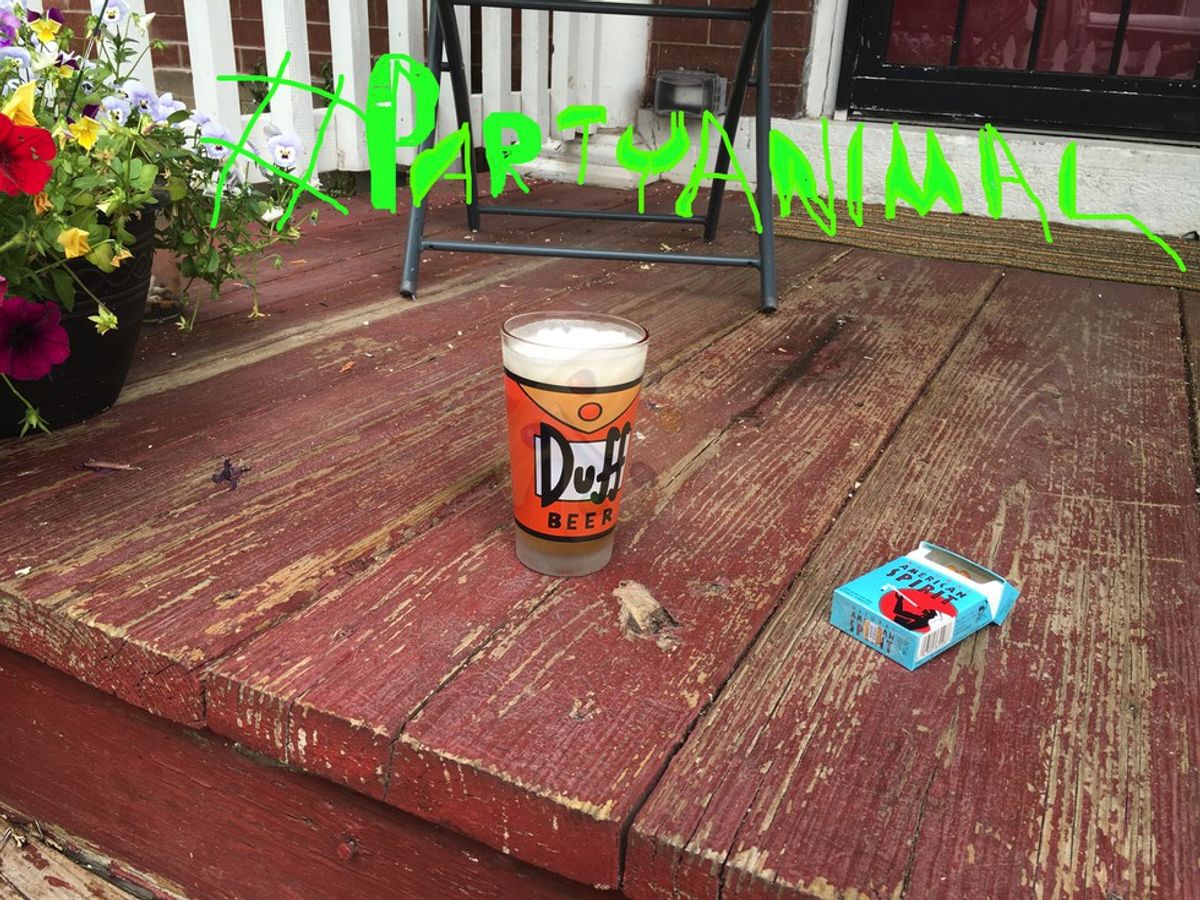 When I graduated high school, my parents held a big graduation party for me at their house and invited all my friends and family together to celebrate my meager accomplishment. My parents greatly overbought alcohol for the event, leaving an ample supply of Bud and Bud Light (America and America Light for those confused) in the fridge in the basement where I lurked. For the rest of the summer my friends and I whittled away at the surplus, laughing our asses off and putting the empties back in the box in some half-hearted attempt to cover our tracks. Needless to say, it was a great summer.

When I dropped out of college I found work in the restaurant industry which, if you don’t know, is basically one big binge-drinking competition. From there I started a band, a culture in which drinking with reckless abandon is both encouraged and very, very kewl. I am, quite clearly, a party animal. I have since mellowed out a bit, but I still love drinking beer. Here are my eleven reasons why.

1. Because it’s a great way to unwind.

It’s no secret that alcohol is an amazing tool to help you relax. When I get done with a stressful day on Planet Bullshit, there’s nothing quite so satisfying as a cold beer on the couch. Notice I didn’t say ice cold, as the Korean liquor store by my house is cheap and keeps their coolers warm to save money.

2. Because it pairs well with my hobbies.

3. Because it pairs well with a smoke.

NOTE: This picture is just a simulation; my wife would never let me smoke in the house.

There’s nothing better than a warm summer evening, a beer and a smoke. It’s the perfect marriage of compulsions; swig smoke swig smoke. Plus, it allows you those moments when you can do a heavy exhale of ash and say something profound about the state of American politics.

4. Because I was drinking beer before it was cool.

Nowadays you have these so-called “beer snobs,” who are really just conceited punks that don’t have the balls to admit they have a drinking problem. All they talk about is brewing their own or wanting to start a brewery, growing their own hops, adding touches of citrus (y’know, just like, for a fun summer beer) and savoring the flavor profile. I tell you what, just gimme a damn beer and let me drink in silence.

5. Because I’m an adult, goddammit.

I work too long, and too hard, to let anybody tell me what I can or cannot do. End of story.

I don’t see what’s so wrong with it anyway. I’ve never lost a job, an apartment, a friendship… At most, on occasion, I've lost my chill. But I just do it to relax and have fun, that’s all.

7. Because it makes me social.

Well... Wes hasn’t seen this GIF in awhile. Or maybe Jackson is up and wants to play “Overwatch” or something!

As I stated earlier, I’m a goddamn party animal. I’m a rascal. No tellin’ what I may do next. “It is better to have lived and partied, than to have never lived at all.” I believe that, I really do.

9. Because it’s engrained in my lifestyle.

10. Because it keeps the sadness away.

11. Because life is meaningless.

Well, it is, if you think about it enough. We’re all just bags of meat walking around trying to convince ourselves that the things we do matter. But they don’t. Not really. Not in a cosmic sense, anyway. Every action is futile. And if every action is futile, then my inaction is just a natural response to my environment. So it’s not my fault!

So there you have it! The 11 reasons I love drinking beer. Feel free to weigh-in in the comments below!

NOTE: Sorry for the potato-quality photos.