Paris: A Step Towards Healing Our Planet
Odyssey

Paris: A Step Towards Healing Our Planet

The 2015 Paris Climate Conference marks the most significant agreements in over 20 years to slow the effects of climate change. 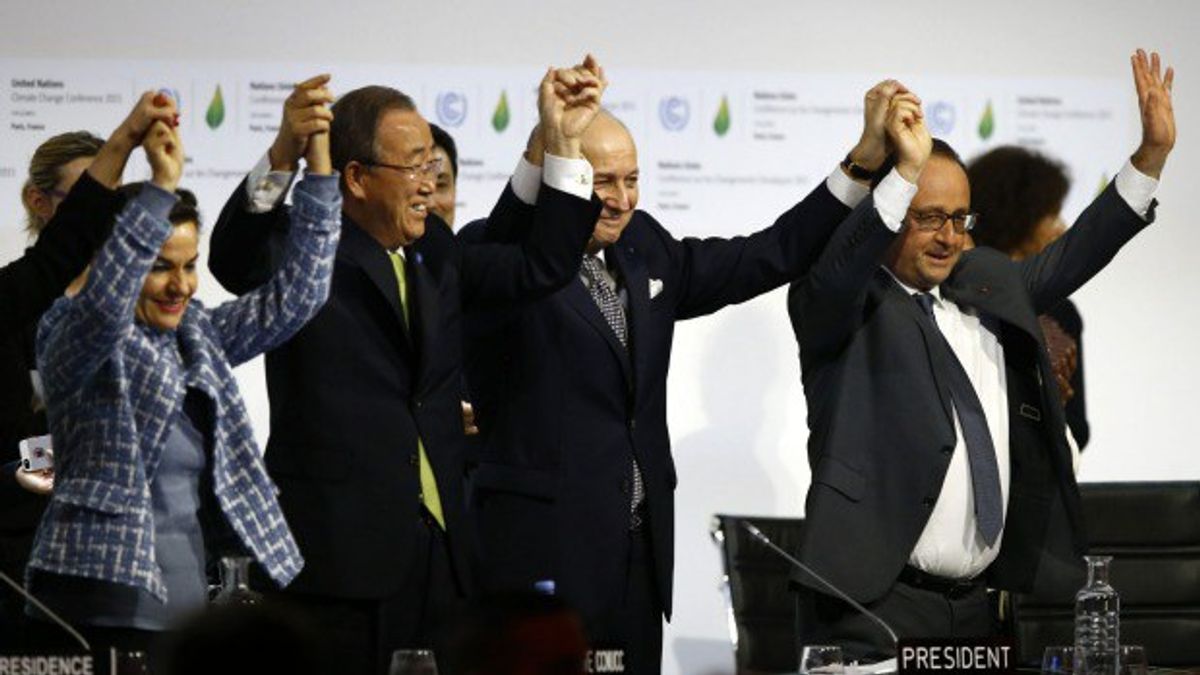 In 1992, 196 nations signed the United Nations Framework Convention on Climate Change (UNFCCC), an environmental treaty meant to stabilize the amount of greenhouse gases in the atmosphere and prevent more dangerous climate change. Several weeks ago, thousands of delegates, from those 195 nations, met in Paris for the 21st Conference of Parties (COP), or COP21, to discuss future plans for addressing the increasingly critical issue of climate change, and on December 12, they came to an agreement.

What are the new changes?

It's important to recognize that the COP21 was groundbreaking – while efforts to reduce, or at least control, climate change have been an internationally recognized concern since the signing of the UNFCCC 23 years ago, the COP21 marks significant measures to address this concern through clear, legal frameworks with increased transparency and research.

Planning for many of the specific legislative plans and regulations, however, started at the COP20 in Lima, Peru last year. Since then, there have been many negotiations between the member states of the COP to determine things such as environmental output, potential financial contributions, etc. The ultimate goal of all of the policies discussed at the COP21 is to keep the annual rise in temperature below 2°C, primarily by significantly reducing greenhouse gas emissions.

Unlike in the past, the largest emitters of greenhouse gasses--the United States, China, and India--are "fully involved, and are expected to not only sign the agreement but also commit to it." Additionally, support for and research about climate change and sustainable, renewable energy sources are much greater than ever before.

How will this happen?

The U.S. plans on reducing greenhouse gas emissions by 26-28% in the next ten years. Under fairly recent legislation such as the Clean Air Act and the Energy Policy Act, stricter regulations and reductions in energy consumption can be enforced and maintained. For instance, regulations to cut carbon pollution from new and existing carbon plants are being finalized. The Environmental Protection Agency (EPA) is creating new standards to address methane emissions from landfills and the oil and gas sector, as well as standards for energy conservation for appliances, equipments, and building codes.

China has far fewer environmental laws and standards than the U.S. does, so it is a huge step in the right direction for them to start enforcing stricter environmental codes. China has promised to develop a green, low-carbon transportation system, to control and regulate greenhouse gas emissions from their agricultural sector, to continue to contribute funds and research to alternative energy sources and other green technology, and many more plans.

While India does not have as strict environmental legislation as the U.S. has, it still has several policies in place that make environmental enforcement a bit easier. Under policies such as the Energy Conservation Act and the National Policy for Farmers, India's government can enforce increases on taxes for petrol and diesel as well as trade regulations, as well as many other measures.

While climate change is still a very real problem that we, as citizens of the world, should work to mitigate in our everyday lives, it may be a little easier to tackle now that we have international agreements and legislation addressing the seriousness of the issue. Climate change is very real and very pernicious, but maybe now we have a fighting chance.