To The Creepy Almost-30s At The Bar Every Weekend, As Told By 'New Girl'
Odyssey

To The Creepy Almost-30s At The Bar Every Weekend, As Told By 'New Girl' 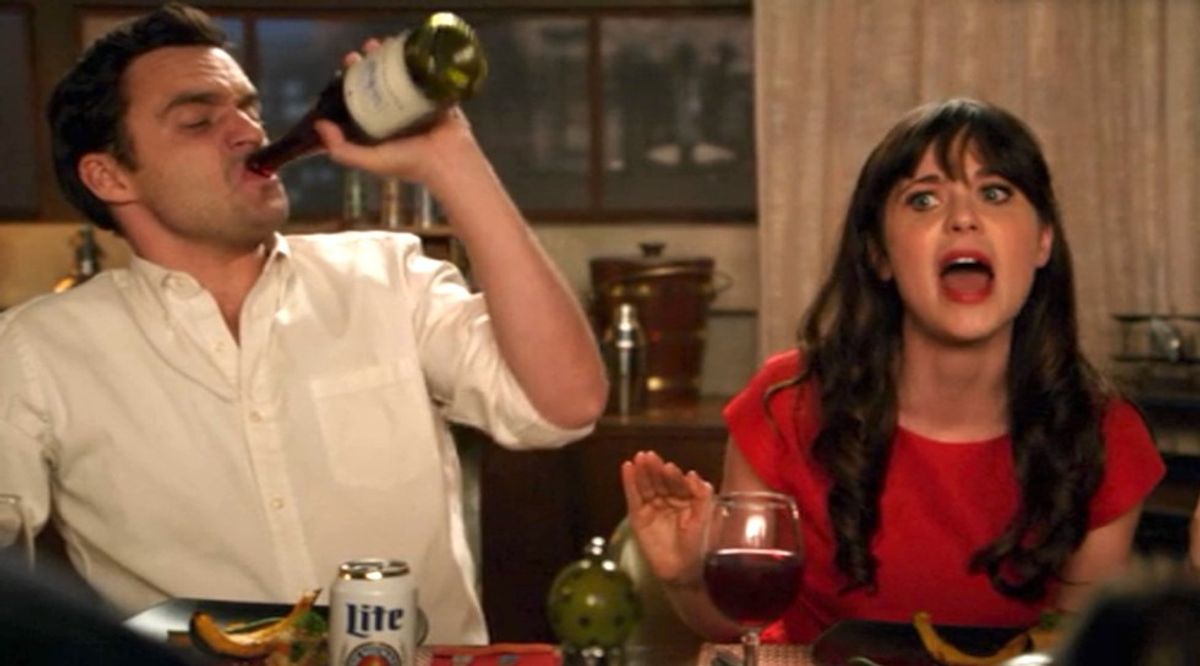 College is a time for partying. It's ugly and crazy but it's expected in college. For some reason, there are these groups of bar rats and weekend warriors who are over 25 and don't realize how ridiculous they are. All they do, weekend after weekend, is get obnoxiously drunk at the bar. It's not cute at any age, but after 25, if all you can find to do with yourself is get smashed at the bar every weekend, you might want to reevaluate your life.

Here's a look at the exciting life of weekend warriors as told by "The New Girl."

1. When they pass out in random places.

When you're 21 and in college, it's somewhat normal to be passing out in random places throughout the city and puking on yourself. When you're 25 and over, it's just pathetic. Passing out face down on your friends' floor, in the back of an uber or worse.

They wake up face-down. They fall into walls and doors. They break things. They throw up all over the place.

They binge drink, stuff their faces with fast food at 2 a.m. and then sleep all day long the next day.

They're partying affects their responsibilities, even their job. They lose drive in their position. They show up late. They aren't sharp and clear for meetings. They forget about family events or they're too hungover.

6. They run through one-night-stands and meaningless hookups.

They open their eyes cautiously, never knowing who's going to be next to them.

7. They can't socially drink like an adult and have a good time.

They need to do shot after shot until they're blackout drunk.

...because they're constantly dating other bar rats or meeting people at the bar. Yeah... that'll getcha a winner.

9. People are making fun of them

...because of their level of out-of-control but they think it's great so they keep going.

10. They are trying to shove drinks down others' throats just as much as their own.

Calling people out for not taking shots. They're just so cool.

11. They don't know how to have fun without drinking.

12. They have no idea what they did the night before.

All of their activities, hobbies and interests include partying, getting drunk and bar hopping.

For some reason, they don't realize why they are binge drinking. They are trying to fill some void in their life. The wake up to hear stories of how embarrassingly out of control they were, what they did, who they slept with and where they puked. And then they do it again the next weekend. Their parents must be so proud.

Kassie Hsu
Baylor University
4276
Panda Whale
Here are 100 things I'd rather to than study. I know the semester just started, but
Featured