Why I Left The Hospitality Industry
Odyssey

Why I Left The Hospitality Industry

"Can I have an upgrade?" 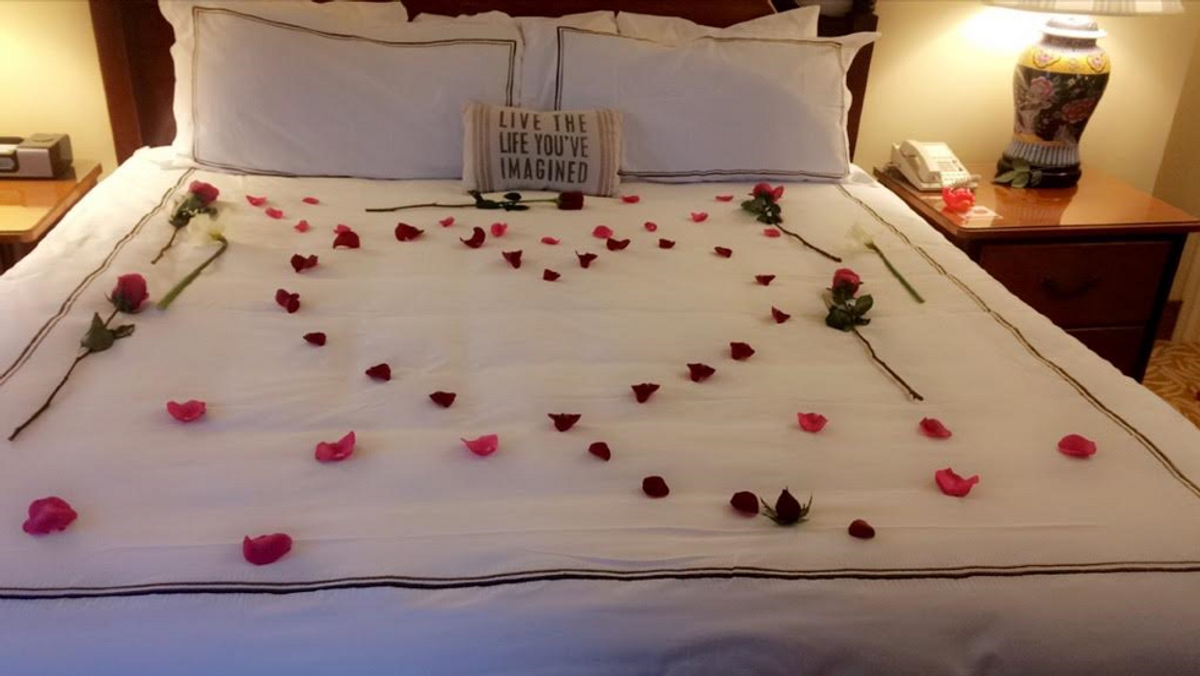 I used to work at a four diamond boutique hotel and studied hospitality management. I was just going through the motions, not focusing on what I was doing, all while hating my career and major.

I've never stayed at a job for more than one year. I've worked every aspect of hospitality you could think of. From fast food to fine dining, and then all the way up to being one of the top concierges in Providence, RI. I just never felt happy in a job. Customers abuse you, management blames you, and if you lose your smile for one second you're written up. It's not fair. I used to think to myself "well maybe if you do this better, or try this aspect of hospitality." I did it all. I worked three jobs the summer before college because I was trying to find what my niche was. Well, guess what, it wasn't in hospitality. In total, I've spent six years in the industry as well as six years in hospitality schools. My high school was a vocational school and guess what my "shop class" was? Hospitality. I got decent grades and, not to toot my own horn, I'm good with people and good at hospitality. But I hated it. I thought that maybe getting out of a kitchen would help, so I stopped working in a bakery and started focusing on the front of the house positions.

This led me to work all over. I ended up going from a daycare to a bakery than to a nursing home, trying new jobs and looking for that feeling of excitement to go to work.

I found myself loathing the thought of going to work. I really can't stress how much I hated my jobs- especially at the nursing home. I was good with kids in the daycare, but I'll be blunt: kids are meant to be played with then given back to their parents. One two-year-old boy broke my tooth. Stupid kid clocked me right in the mouth. I did not allow him on my shift after that. I also was working at a fast food place at the same time. I don't think I need to go into detail about why that sucked ass.

Then college came and it was time to stick to one job while I went to school. Unfortunately, the nursing home paid the best so I stuck that one out. I liked my teachers and some of my classes. My eyes even sparkled as I stared at pictures of the Mandarin Oriental and the Burj Al Arab. But then I started working in a hotel and the shimmer I once saw across the grand lobby faded quickly. I thought maybe it was just my attitude; I was bitter about wearing a hot blazer during the 100 degree days in the summer. Eventually, I realized that hotels are nothing more than corporate money-suckers and having four diamonds doesn't mean they shine brightly. The inside workings of a hotel are horrifying. But the staff was great, so I stayed. I outlasted every employee that was there from May 2015 and on. Literally. The front desk had a 100% turnover rate. The staff always changed.

You're probably asking yourself "why doesn't she just get to the point?" I'm getting there, relax.

The main reason I left the hospitality industry is because of the people who I encountered during my year as a desk agent. More often than not I was harassed and treated like shit by guests. I had people puking in the lobby, kids smoking in bathrooms, high school sophomores would try to check into the hotel and then ran away once they got their fake ID clipped. It was irritating. But there was this one instance that sticks in my mind more than anything.

This douche-bag named Bill-something called my hotel and threw the mother-load of all temper tantrums because he misspelled a name on Expedia. He literally called me every name in the book from A-Z. If it was an insult, he spit it at me. I lost my temper. I am a human being. I will not be disrespected at my place of work. There is no need for that. He called Expedia and then both my manager and the general manager. He then tried to swing at me. I was going to lose my shit on him. I was going to flip the fuck out. But then my manager did something I'll never forget- he blamed me. I was the one being verbally attacked. I was the one grinning and bearing it through my teeth and trying to not spew venom in between my apologies and my solutions for him. If I ever see him again, I will literally smack him in the face. How dare anyone disrespect the people in the hospitality industry. Especially on holidays or late at night when they are missing important events with their families to check you into a hotel or give you a night cap.

It was ridiculous. I almost lost my job because I told him I wasn't going to tolerate being disrespected. I get it's my job to get him into his room and stuff, but it's not my job to be disrespected by a guest. It's a very forgotten rule that if you're nice to someone in the hospitality industry, you will be treated nicely. You will get that upgrade or that free drink. You will get the extra bathrobe or a free cup of coffee. But if you're a jerk, you aren't even getting the basics. For example, after I realized I had no management to defend me in the eyes of dick-head guests, I stopped caring. Some guest throws a credit card at me and refuses to meet my gaze and mouths off at me? Well, you're going to have a room next to the elevator staring at a wall. But that elderly couple who came in and complimented my hair and told me I was doing a wonderful job? Well, they just got a free appetizer and reservations to an awesome local restaurant and free coffee, as well as a nice-ass view.

I was okay with my newfound spiteful ways. But it wasn't helpful. It did nothing to help. I started to hate management and I really hated my general manager for nit-picking at me every ten seconds. I then realized I didn't hate them - I hated the industry. A lot. Like more than anyone should ever hate their job or school work. These guests who insulted me and wrecked me on TripAdvisor had broken me down. I gave up. The hospitality industry defeated who I was. I hated guests as a whole, I hated everything. I got depressed. I wanted to quit and start over at a whole new level. I just hated it all.

So I left the hospitality industry, and I did it on good terms to not burn bridges (never know when you're gonna need a good hotel deal). I found a job outside the industry that makes me happy, and I've never been more at peace. I wake up and go to work and then bam the days over and it's still light outside. The people I work with are nice, the work is challenging, and overall I'm happier than I ever was at the hotel or nursing home or restaurants. I'm not meant to be in the hospitality industry, and that's okay. It took me six years of being in the industry for me to figure that out. But it could be worse, I could have stayed and been miserable.

So all in all, I found my niche. It took longer than expected, but I found it. I encourage you to find yours too. You never know where life will take you, branch out of your comfort zone and find something you love. If the hospitality industry is for you- good luck and congrats. It takes a special type of person to be in love with that industry.