Our Reactions to "Friends" Characters

Our Reactions to "Friends" Characters 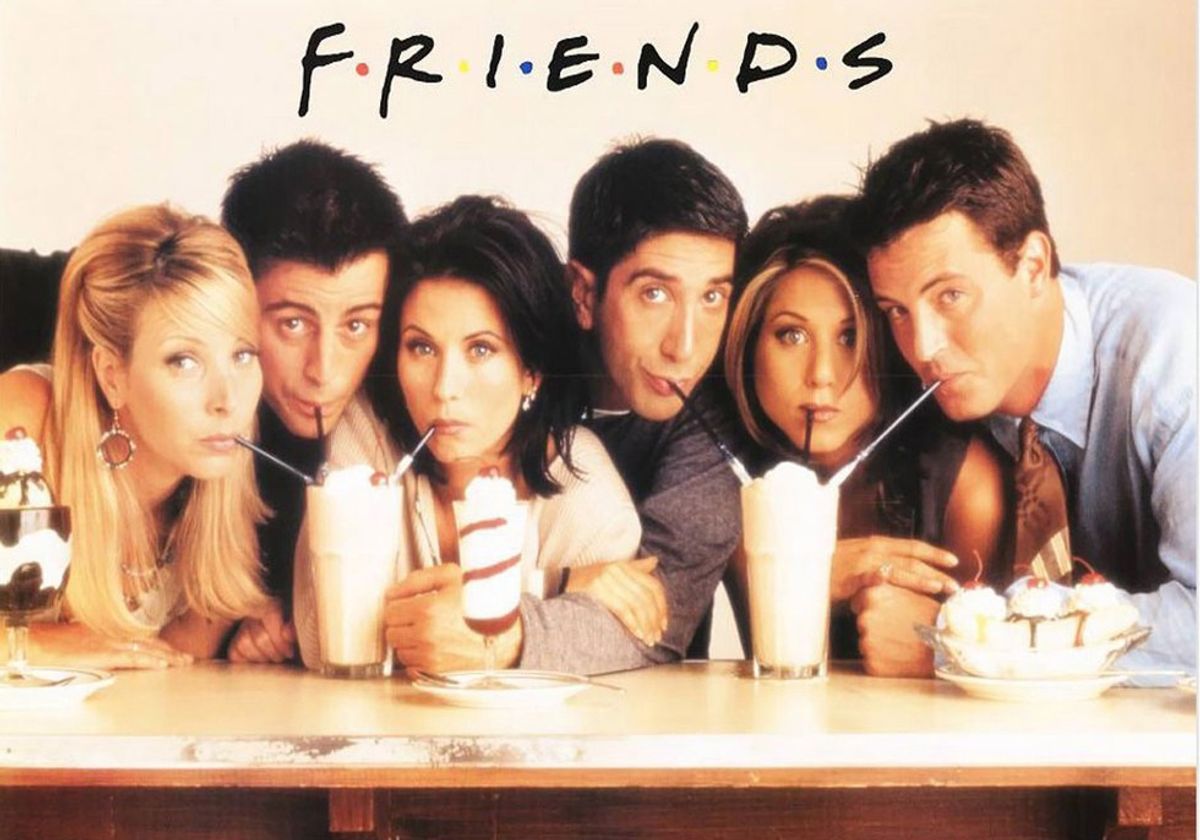 One of the most popular shows in the 90's and even now is Friends. Everyone is drawn to these six characters who are so different because they have the greatest friendship T.V has ever seen. From the endless stories to the wild drunken nights in Vegas, Friends has reeled us in for the long run. However, these episodes and stories would be nothing without the characters. Here are some reactions to each Friends character.

Oh, Chandler. The gif speaks for itself. He is awkward, especially with women, is full of hilarious one-liners, and has a very strange friendship with Joey. Yet, he surprises us all when he falls in love with Monica and we see a side of Chandler we've never seen before. We never really know what he does for a living and I think we all were worried he would never really grow up. He's the friend who can lighten any mood with a single, untimely joke. Thank goodness he got rid of Janice though...

From the get go, Phoebe is a strange but totally intriguing character. Her songs about smelly cats and little black curly hairs may be somewhat weird and random, but they just add to her personality. Phoebe is always instigating humorous conflicts between the other characters, but she is the friend that will keep your secrets while also testing you about them also. Her honesty is sometimes a little too much but I think the other friends need her to call them out when they mess up. She's beautiful, funny, practically a hippy, and she keeps you wanting more.

Monica is very loud and angry for her small size. The fact that she used to be completely overweight allows us to see her in a different light but also makes us question why she is this angry and loud now. That's alright though. She loves the idea of love and cannot wait to have children of her own which makes us wish she would fall in love sooner than she did. At least she ended up with Chandler...even though she almost proposed to him. She is a true friend, a great sister, and loves to help everyone see the truth behind every situation.

Dr. Geller. After marrying a lesbian, saying the wrong name at the altar at his second wedding, and getting married to Rachel while hammered in Vegas, we all just wanted Ross to find love or at least choose to not find love. He has the most relationship problems out of everyone in the group. He can't help it. He didn't find love with the fossils he teaches about and he didn't find love with the student he tried to date, and that's okay. Ross is the nerdy and awkward yet lovable friend of the group that everyone tries to help through his problems. At least he's made some cute kids.

Rachel is the girl that everyone wants to be. The fact that she ran away on her wedding day because she knew she wasn't in love was a great way to start the show even though she was clueless as to how the real world worked. Rachel has come so far throughout the show and has shown her love for each of her friends and how she can achieve things if she puts her mind to it. I mean, she works for Ralph Lauren for goodness sake. Her and Ross's back and forth relationship is so frustrating but we all secretly hoped that they would've gotten married in the hospital after Emma was born.

His signature line has had us all hooked since the first time he said it. Joey cracks everyone up with how lost he is most of the time but he makes up for it with his good looks. As Rachel once said, "Good thing you're pretty." Getting killed off Days of Our Lives really put a damper in his acting career but he still made it and proved that he could figure things out...after getting a little help from Chandler. His sexual commentary always makes the audience die laughing. He's such a great friend that everyone loves to be around even if he blurts out things he shouldn't.

Friends is a genius work of art that has caught all of our eyes for years and keeps doing so. Hopefully we never see the day when the show is no longer on air or on Netflix...