Our City Lives: The Revitalization

Our City Lives: The Revitalization

Inspired residents are changing the future of the Detroit community. 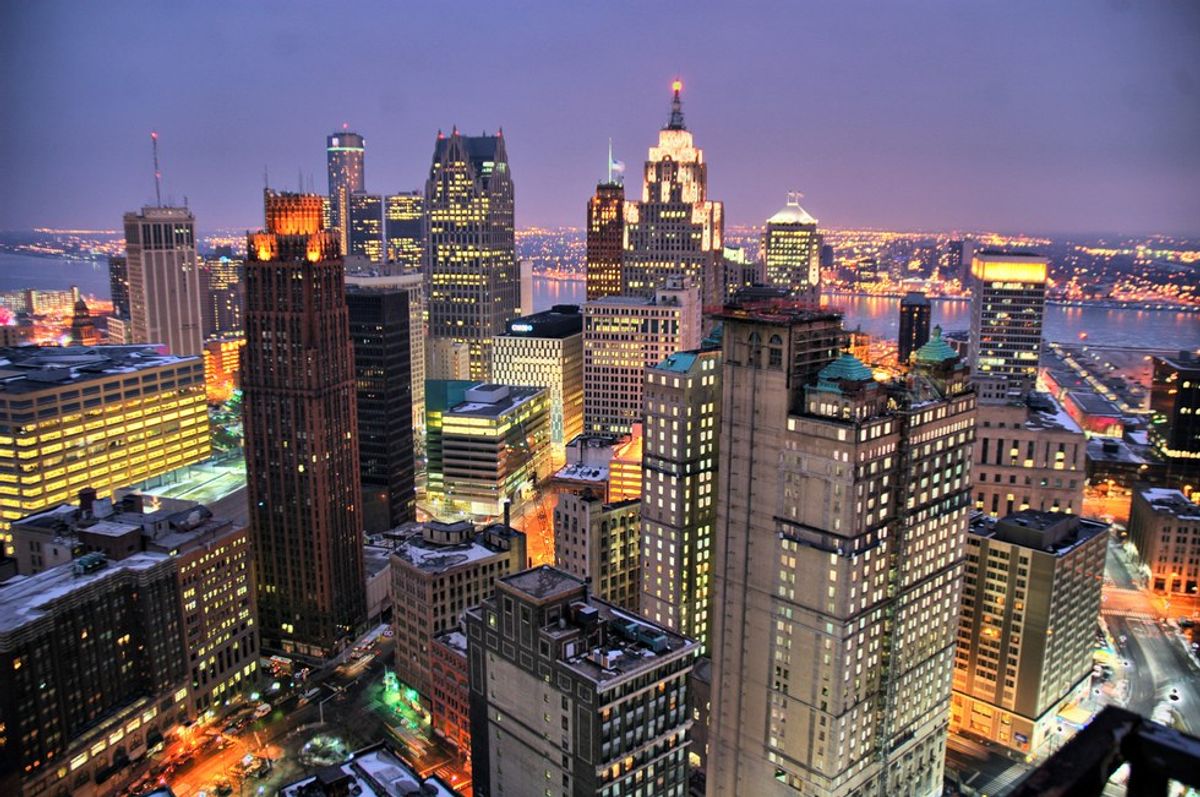 Innovation has always been the spark of inspiration in the ever-changing city of Detroit. With a population of a little over 677,000 today, Detroit is beginning to see a change in the residents' perspective of this once economically depleted city. Although in early 2016 the city hit its lowest population since the 1850s, the heart and pride of Detroit is far from abandoned—through the growth of small community projects and committed Detroit businesses and organizations, Detroiters have been inspired to come together to change the way outsiders view the community and its residents.

Here is just a small handful of some of those change-makers:

People tend to take the things they have for granted. Whether its things they no longer use, or things that have been forgotten and replaced, people often waste the limited resources they have. Something especially true of the past few decades in Detroit.

At Wallace Detroit Guitars, founder Mark Wallace sees the abandonment of homes in Detroit as an opportunity for a revolution. Detroit has always been about innovation: with the Model T, Henry Ford put the world on wheels and forever left his mark on the automotive industry. Today, Mark Wallace creates remarkable instruments with pieces of Detroit past from the wood of abandoned houses, with each instrument containing roughly 100 years of Detroit history.

Turning potential landfill trash into music, and saving beautiful woodwork from waste, Wallace Detroit Guitars is not only helping change the Detroit community by removing prospective hazards, but Wallace is giving back to his hometown. The company sources wood through local non-profits who provide training and employment to local Detroit residents. The money made through selling the wood helps fund the deconstruction (as to outright destruction) of the homes and to support the company's missions, including historic preservation projects. In addition, the company makes sure that lead paint and asbestos aren't being released into the environment when the houses are deconstructed, protecting the environment and nearby residents as well. Wallace Detroit Guitars not only allow musicians to bring a piece of home on-the-go, but is giving a whole new name to vintage instruments.

It isn't about what we say we can do, but the actions we put forth to make a difference. Detroit is a community on the rise, with individuals whose socially innovative spirits are slowly building the community and making an immense impact on the city as a whole. It doesn't just take money to fund a project, it takes likeminded people with the same goals to turn an idea into a reality. And when people come together, the potential for growth is limitless. Detroit isn't going to change overnight, but with the hometown heroes of Detroit Lives! and UIX Detroit, the city's future is bright.

Graffiti is often seen by the public as a rebellious act to mark territory and promote the destruction of property. That is not necessarily the case. Bringing street art into a safer atmosphere, The Alley Project is allowing Detroit street artists to express themselves and their artistic abilities in a positive way. TAP was created by Young Nation to help inspire the youth in southwest Detroit to express themselves in a way that is not only safer, but has a more positive impact on the relationships between people within the community.

With the goal of creating and strengthening communities of professionals committed to living healthier lifestyles, Networkingout, a Detroit-based fitness and social organization, allows its followers to connect to individuals from the metro-Detroit area. Through collaborative effort, fitness, education and information sharing, people are able to connect and promote a healthy and safe environment.