To The Girl Who Used To Be My Best Friend
Odyssey

To The Girl Who Used To Be My Best Friend

Fool me once, shame on you 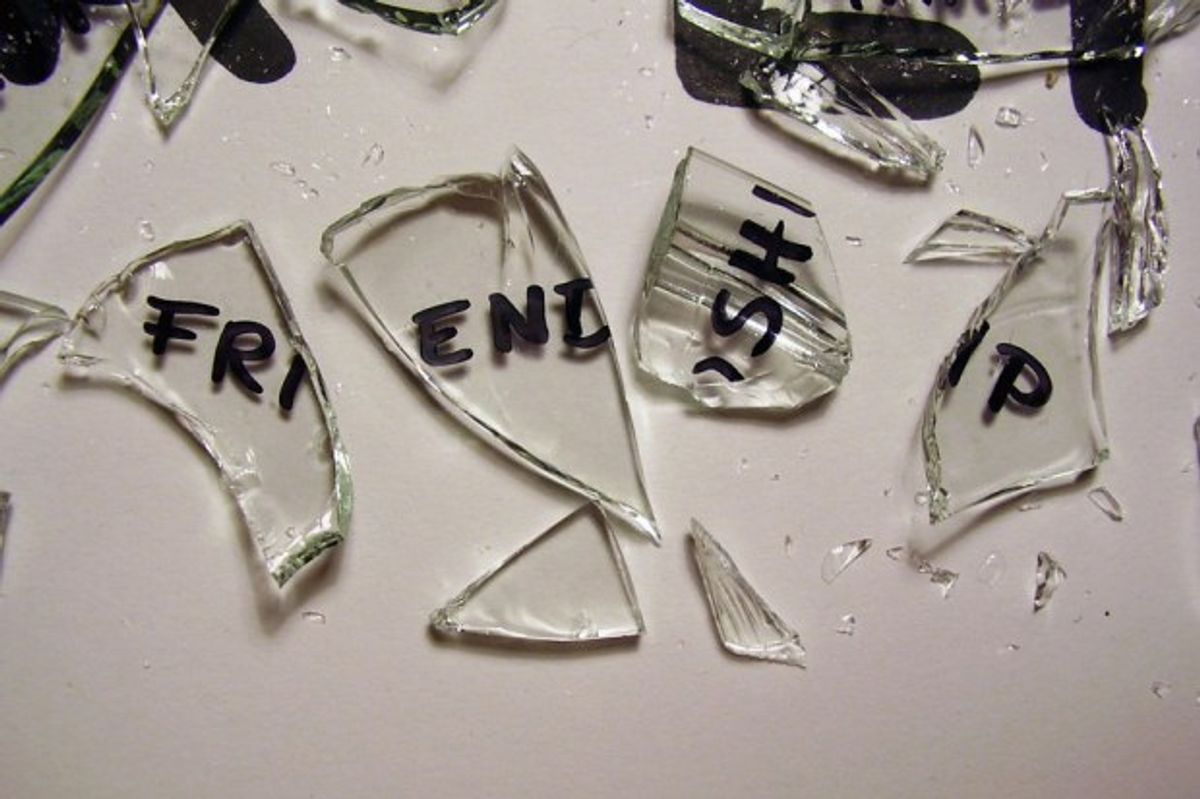 First, I would like to say, I'm glad you're not in my life anymore. Second, saying that we were best friends is probably one of the biggest lies you ever told. Last, how dare you judge me when all I ever did was have your back.

From the time we went through formal recruitment together last spring, until this spring, we grew really close and I thought I was doing a good thing by taking you under my wing. I guess I was wrong. You were there for me when I had my worst anxiety attack, by far, and I couldn't be more thankful for that. I was there when you found out your dad had cancer. Instead of you crying and feeling sad, I cried and was sad because no girl wants to hear that their dad has cancer.

I should have known something was wrong with you when you didn't cry over your dad, and when I offered to take you home and you said no because he needed to deal with this on his own. But I gave you the benefit of the doubt, and chalked it up to you hurting on the inside.

You see, the thing is I'm not angry because we aren't friends anymore. I'm more than happy that we aren't friends anymore what I'm furious about is that I let you in to my world and you took it for granted. Without me, you wouldn't have met half the people that you knew, and you would probably still be in your shell with only one person being your friend at school. I'm most angry at what you said to me when you ended our friendship.

I never did anything to you for you to call me the "B" word. You're actually lucky I wasn't on campus at the time you texted me that because you definitely would have ended up with my hand going across your face and me feeling no remorse for doing it.

You had stupid elementary school reasons for not being friends with me. You ended our friendship over me being indecisive when, in reality, you couldn't make your mind up on what guy you wanted to be with. You kept sleeping with a guy who had a girlfriend, and treated you like crap for reasons I don't remember -- nor do I care to -- but if that's not indecisive then I don't know what is. Besides, I thought it was a girl's right to be indecisive, especially since we're in college and we haven't even started living our lives yet.

You were more judgmental than anyone I ever met when you had no reason to because your life is more messed up than mine and all of my true friends combined. I brought you into my house, and from the time we went down my driveway till the time we left, you had a disgusted look on your face. I guess those reasons will never be known because 98 percent of the time people don't want to leave my house.

Don't think you'll ever get any sympathy out of me for anything, ever again. It's one thing to end a friendship, but it's another thing to end it in a petty way and end it because you're jealous.

Sincerely,
The girl who shouldn't have taken you under her wing.

Glorie Martinez
750
Why I Write On Odyssey