An Open Letter To My Haters
Odyssey

An Open Letter To My Haters

#shoutout to my haters, sorry that you couldn't phase me. 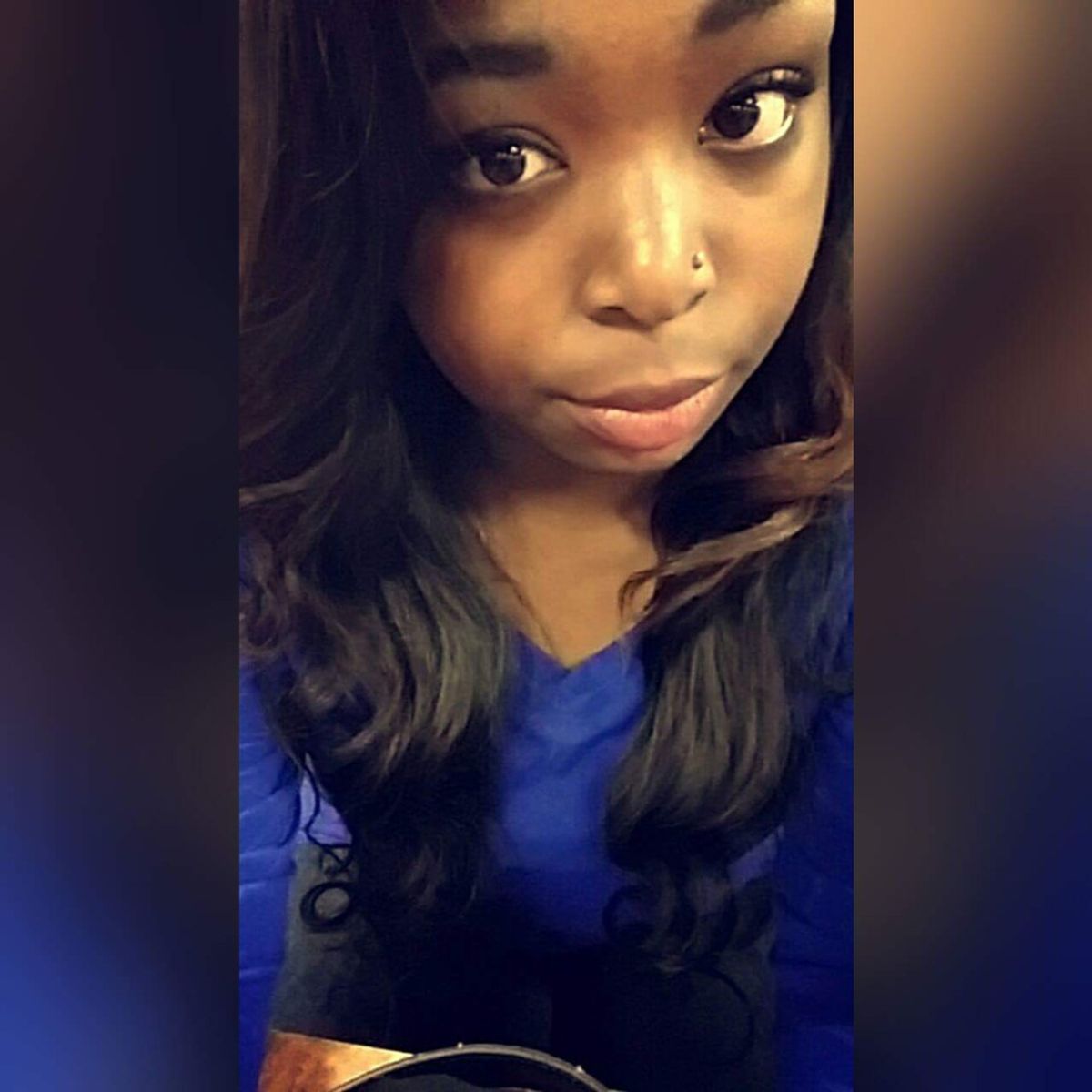 To Whom It May Concern,

Hi. You probably know me, or you probably don’t. You’re probably an ex-best-friend or a random stranger. But, regardless of that, you have doubted me. Either because you know my struggles or you know that i’m not only black but a woman. A double whammy. People hate to see black people succeed. People hate even more to see not only a woman but a black woman trump the obstacles life sets out for them.

I am one of those black women.

Of course, I’m still young. I turned 18 on the first of August and spent the day at the mall with my boyfriend. Typical teenager stuff. I felt so accomplished by reaching the age of 18. It marked my entry into adulthood and my entry into a new chapter in the story of my life. Though, it wasn’t an easy road.

You didn’t want me to make it this far.

You didn’t expect me to make it this far.

You wanted me to be another statistic. You wanted me to fail out of school and be uneducated and end up out on the streets either selling drugs, prostituting or living off of welfare and other government assistance programs (not that having government assistance is a bad thing). Me becoming educated and “woke” to the fact that you and so many others wanted nothing more that to see me fall to the wayside or worse, end my life in my own hands, was something that you feared the most.

I struggled with myself a lot. I was bullied often as a child due to the fact that I was smart and had nice hair. Big deal. Kids are cruel, and some were way crueler than some adults. I only had a few friends, and boys never wanted to pay much attention to me. I mean, now that I look at it, the boy situation wasn’t a big deal, but I grew up in a predominantly black neighborhood with little girls who were, as some people say, “way too grown.” I wasn’t one of those, and I know that made your eye twitch. I behaved, made sure I made good grades, and stayed in line.

I was raised by a single mom; a red flag to the haters like you. My mom worked her butt off making sure that my younger brother and I had everything we needed and occasionally what we wanted. We didn’t depend on welfare. Didn’t depend on food stamps. My mother was and still is a strong woman to this day, and it’s because of her that I’m where I am today.

Middle school, I was alone. Thrown into a school, a magnet school, where if you even slipped to a 69 average in a class, they booted you off the island.

You didn’t want me there either.

I was surrounded by kids who had iPhones and large houses with money to never worry about anything while I struggled, along with some other kids, to be able to afford the $50 plaid skirts and the $10 novels we had to read.

I went to high school in Midtown, Murphy High School (I am a proud alumni #pantherpride). My school was damaged by a tornado on Christmas Day in 2012. Not only did you not want me to bounce back, you wanted my class to bounce back. You wanted to watch us all fail. You wanted me to fail.

My junior year was the worst. You got your wish. My mom got out of a rough, abusive marriage which left us homeless for the first time ever. From November 2014 to April 2015, we stayed with my grandmother, my aunt, and then my best friend. Those months paired along with the past two years of emotional abuse and living in a home where I was scared to speak my opinions or by chance have the smallest speck of dirt on my floor and get the lecture of a lifetime along with being told how I should be.

You tried to limit me and crush my dreams and ambitions. You hated seeing me dreaming out loud and having a voice.

You knew I knew you wanted to silence me. To make sure I became another lost soul.

I struggled in high school; before, during, and after the divorce process. My mind wasn't on much of anything to keep me going. My grades fell, I barely passed my junior year in all AP classes. I had to retake Algebra 2/Trig because I failed by two points. I was so down and distraught that I didn't know what to do.

You were winning. I wanted out; I wanted to end my life. I wanted to drop out of school. I felt like I had nothing to live for and I felt like I was never going to amount to anything. Finances were tight, and it was hard being able to afford things.

I could tell you took delight in watching me suffer and cry night after night wishing my life would improve and get better when I knew deep down it might not.

But I had a plan.

I applied to every college I could think of. I honestly had no idea what I wanted to do in life, but I knew whatever I wanted to do, I'd be damn good at it. I'd prove to you that I can make it in the world and that I can make a difference. I got accepted into nearly all the schools I applied to. Back to back I was receiving college acceptance letters and even some scholarships. Most to colleges far off, some to colleges not so far. I could tell you weren't liking this and screamed every time another acceptance letter came in and another scholarship. I missed a few deadlines and didn't get into Baylor or some school in Wisconsin I can't even remember. But I got into schools like Spring Hill College, the University of North Texas at Dallas, Sweet Briar College, and Loyola Marymount all the way in California. I was winning more and more and your jealousy started showing a lot more as time winded down for graduation.

I slithered my way into graduation lineup, taking an AP exam I knew I bombed just to pass AP Statistics.That class gave me all kinds of Hell, and my living situation in the house we were in was rocky, with us being homeless once more but this time only for a few days before we got the house we're in now. I graduated with a class rank of 129 out of 539 and though I wasn't in the top 100, I was proud of my achievements. You weren't. You were beyond pissed.

This summer I found a good paying internship, my other half, and I found myself looking back on the past 18 years of my life, thinking "Wow, I made it out alive." You doubted me, I broke off our friendship, and I didn't even think about giving you another chance at being in my life. I embarked on a hell of a hayride and you know what? I'm proud. I'm proud I proved you wrong and I'm proud I made it. I'm not done yet by a long shot though.

I have my whole life ahead of me, and I refuse to allow you, all of you who have ever even though of doubting me, to get in my way.

The Girl Who You Thought Wouldn't Make It.