PSA: No One Has It All Figured Out

PSA: No One Has It All Figured Out

For anyone who has ever wanted to just crawl into the fetal position. 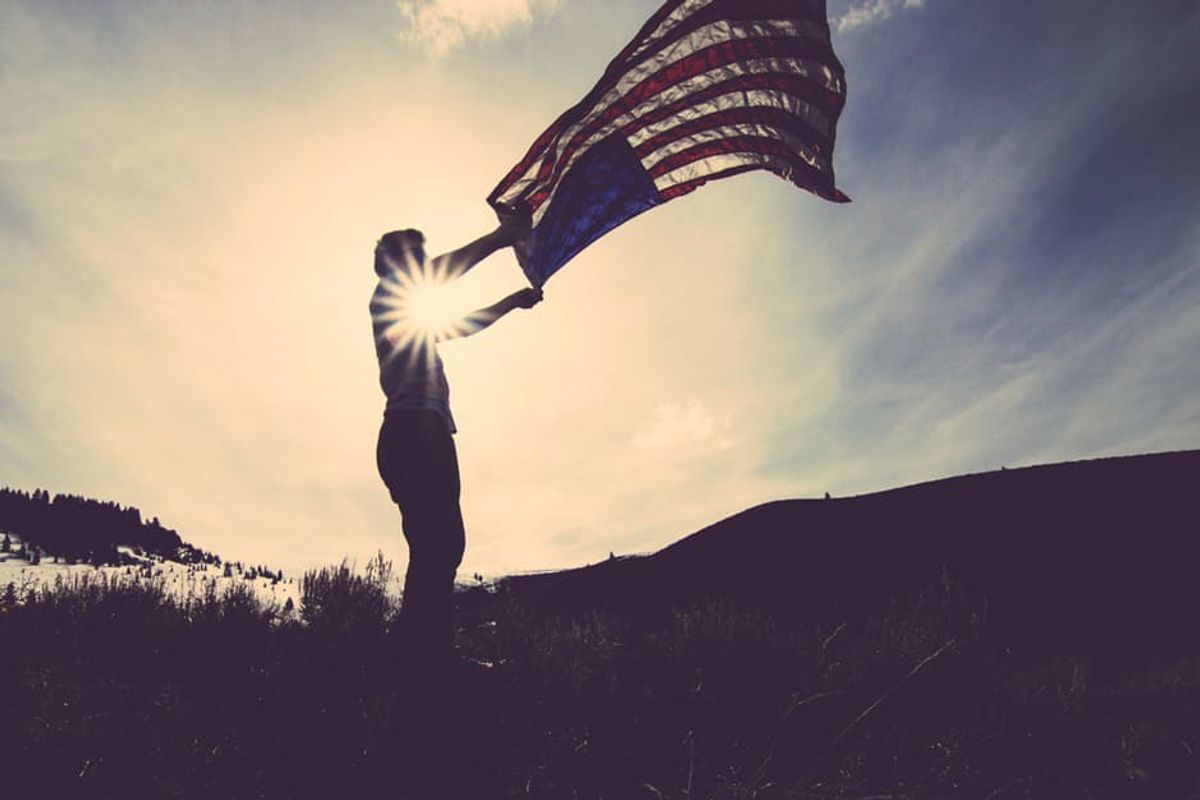 Today I went to the library to do work because I am a college student, and that is what college students do. As I banged my face on my keyboard, hoping my forehead would be a pal and fix my essay, I sensed that the business school student at the adjacent desk was judging me (I could tell he was in the B school because he was wearing a suit and had elegantly coiffed his hair). Who was he to judge me? Ok, he had nice hair and was clearly very smart because he had many papers with words AND numbers on them, so I allowed it. During a dilatory coffee run, my friend Olivia and I chatted about how everyone seems to have their lives figured out. It was then that we saw the fluffiest, man-sized wolf-dog outside of Starbucks. As we discussed the healing properties of puppy love, I searched my phone for a picture of my dogs. Instead of finding one though, I stumbled upon a deplorable picture of myself. It was a photo my mother took of me the summer after my junior year of high school. This infamous image resurfaces from time to time in family group chats to remind me that I might be overreacting (or to make fun of me). Take a gander at this bad boy.

So why have I put this glorious picture on the Internet for everyone to see? Well, to justify showing the world a picture of myself distraught in the fetal position*, I need to explain how I got there. (*I'm aware I’m not in full-fetal because my left leg is up and a fetus would surely injure it’s mother splayed out like this, but just go with it, ‘aight?)

If you have ever talked to me for a prolonged period of time, then you have probably learned that I competed in high school speech and debate. I devoted myself to the activity and cared way too much about how I did at tournaments than I should have. I sacrificed friendships, grades and sometimes my sanity to succeed. The activity meant the world to me and I would stop at nothing to achieve the extracurricular’s highest accolade: being a finalist at nationals. After school ended in June of 2015, I had two weeks to prepare for the national tournament. My mom snapped the beautiful image above during a conversation she tried to have with me two days before nationals—yes, this was how I decided to converse with my mother. As I attempted to explain what reaching the final round would mean to me, my anxiety took over, and I began to unravel. I would venture to say that I was having a mental breakdown, but that insufficiently describes the scope of my neurotic display. For a kid who wanted to do well at a speech tournament, I was doing a terrible job at communicating.

I remember whimpering to my mom about how I felt inadequate, telling her that I didn’t think I could measure up to the other competitors. My mom, like most Jewish mothers, has a dichotomous parenting style that alternates between coddling and tough love. Expecting the former, I felt hurt when my mother laughed at me and began taking pictures.

“I want you to see how ridiculous you look. Do you think the kids who make it to finals do this shit?”

I knew what she was trying to say, but her sarcasm precipitated several new concerns: "the people who usually reach the final round most likely don't crawl into the fetal position. But what if they do? If so, how often and for how long? Do they cry or simply mope? Is there moaning or keening involved? I should keen!" (*Keening is an Irish tradition of wailing to express grief)

As I let out my first big “AhaoAAh,” my mother sat down next to me and showed me the aforementioned picture. I tried very hard not to crack a smile; I looked like an idiot. What the hell was I doing to myself?

After my mom smacked some sense into me—that’s just a colloquialism, my mother is a very loving woman who would never hit me— I took a shower, napped and calmed down. I finished prepping over the next day and a half, and then I went to nationals with my head held high. Well, not really, I was still a nervous wreck, but one at a socially acceptable level of nervousness. I made it to the final round and got to take a new picture!

(My family after the awards ceremony. We were all pretty happy.)

SO WHAT’S THE POINT? Thanks for keeping me on topic. The speech and debate community has a tendency to exalt that year's finalists, so I found that my peers were suddenly looking up to me. If only they knew that, not even a week prior, I was on my couch keening. The point is that even the people we look up to may not have their whole lives together. During the walk to Starbucks, Olivia and I were discussing how everyone around us seems to just know where they are going in life. At college it’s so easy to feel as though you are surrounded by a bunch of people who have it all figured out, but that’s definitely not true. And then the picture of me in fetal position was on my screen, reminding me that there is no reason to spiral or think that I can’t measure up to my peers.

Chances are they felt like this at some point:(These are some pictures of me performing because in what other scenario would I ever use these for anything? They are absurd.)

If you are a fellow college freshman and feel like you're the only one still trying to sort out your life, I am more than willing to confess that I am totally lost.

If you do speech and debate (hi friends) and think you’re the only one who was on the verge of tears the day before a tournament, now you know you're not alone.

If you’ve ever crawled into the fetal position and thought that hope was lost, just photoshop your face onto my body and see how stupid you look. Here’s an example:

Beyoncé, why are you in fetal position? You are so amazing!

See? Everyone—even Beyoncé—wants to ball up and cry sometimes, but it’s usually unwarranted. So I guess the point of all of this is that no one really has it all figured out. If someone does, it’s probably Beyoncé, but I’ve just shown you an actual picture of her in fetal position, so now there’s a big hole your theory. There is no need to mope or cry or keen, just focus on doing your best with the task at hand. As Tina Fey wrote (and Lindsay Lohan said in the movie Mean Girls), “All you can do in life is try to solve the problem in front of you.” And if you need a quick alternative to transforming into a fetus, playing with puppies really does the trick.