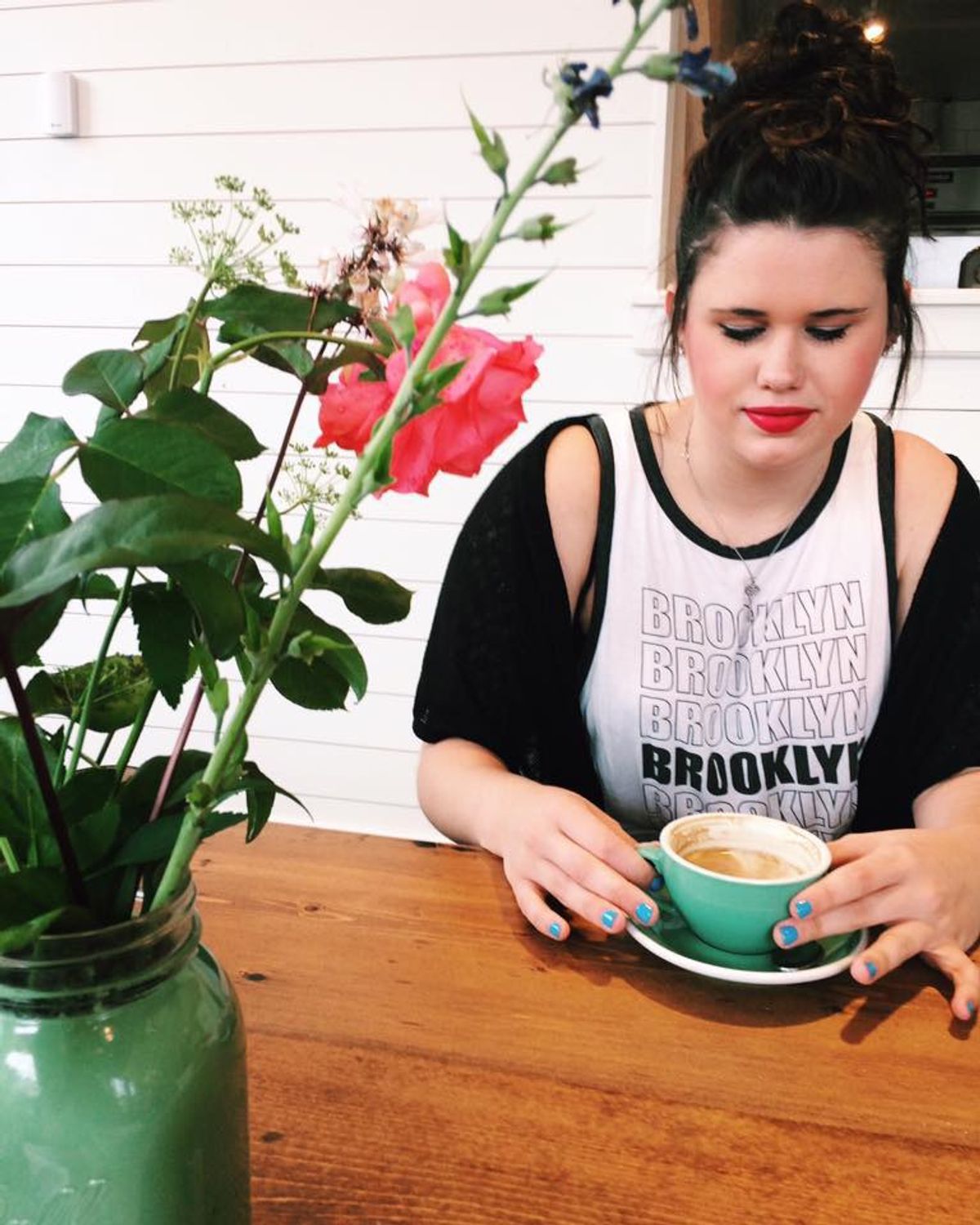 In the spirit of this fantastic day, I have decided to dedicate this week's article to why I write. (Don't worry friends, there will be much more celebrations and fun updates for this fantastic national day!).

When I first decided that I wanted to write, I was told that it was "cute." I was in middle school and God, my writing was awful (I go back to read some things from this time and cringe). People thought I would grow out of it. But when I didn't, I was met with opposition. I had people tell me I wasn't good enough, I would never make it, I should get my head out of the clouds and do something more practical than put words on a page.

Now, I go to school to study English while concentrating in Creative Writing. I am still met with opposition. "It's not too late to change your major!" "Oh so you're gonna teach, right? Because that's probably the most realistic option..." (Even though teachers literally rock my socks off, I could not possibly teach considering I can barely give oral presentations).When I tell potential suitors that I want to be a writer, they laugh and say "so you want a guy to provide for you..." I've had friends say my classes can't be 'that' hard because all I do is write.

I've wanted to be a writer for almost as long as I can remember. I can recall the first moment I decided this is what I wanted. I was typing furiously on my computer, cranking out word after word for a story that I was writing (and later, putting in the "trash" folder in my computer because it was not good whatsoever). I realized that this is what I wanted. I wanted a life where I could sit and construct worlds for other people to get lost in. I wanted to enchant readers with my characters. I wanted to touch people with the words I put on a page. I wanted my stories to consume people like so many other writers have done for me. I wanted to do all of this despite the frustration of editing and re-editing and writer's block and hating the 30 pages I just wrote and the inevitability of rejection slips and the realization that I may have to work two jobs to make ends meet and so on.

For me, at that moment, it wasn't about how difficult this career path was going to be. It was how amazing the feeling was to put words on a page and create something much bigger than myself. Years later and I can honestly say that feeling has never gone away.

When I was younger, I only dreamed about being published. Over the years I’ve had the privilege of being a content writer for multiple websites, working as a freelance writer for a newspaper, studying under a published author, and being a creator and one of the EIC's for the Odyssey. Today, I am humbled by the thought that I have done what I set out to do: I have written. I have written words that have been shared and read and related to all over the US and more.

This thought brings tears to my eyes (y'all know I'm too dramatic for my own good). It humbles me in a way that I cannot even describe. I have so much more that I want to write in this world but I am so blessed to realize how much I have already done.

But how could I possibly explain why I write without thanking the ones that have caught me every time I fell?

Thank you to everyone who doubted me and added fuel to the fire inside of me.

Thank you to everyone who wronged, cheated, lied or hurt me (you ended up in some article, story, or poem as a lesson I am beyond thankful for).

Thank you to everyone who has watched me grow as an aspiring writer (lol sorry for all the times I just stared at you or was "lost in my own world", I was probably mentally creating that moment into a scene).

Thank you to everyone who watched me struggle with myself and my worth as a writer and helped me get back on my feet.

Thank you to everyone who reads and shares my words, I love each and every one of you.

Thank you to everyone who has stuck by me on this very wild ride.

Thank you to everyone who believed, encouraged, and supported my “impractical” dream that became a passion, a lifeline, and a major influence on my journey to self-love.

But above all else, I want to give a special thanks to my mom. Mom, you've always encouraged me to chase this insane dream and you've never doubted me for one second. You've caught me every time I have fell and you've put the pieces back together every time I fell apart. I am so blessed to have a cheerleader, confidant, and inspirational woman behind me every single step of the way.

This is only the beginning, friends. I promise you there is so much more to come (rejection slips and hopefully, one day, a publishing house that sees my vision and binds my words into a hardcover book). And I hope you buckle up and stick around to see it all.