Obama Taught Us What It Meant To Be A Feminist
Odyssey

Obama Taught Us What It Meant To Be A Feminist

Remembering the feminist sentiments of our 44th president 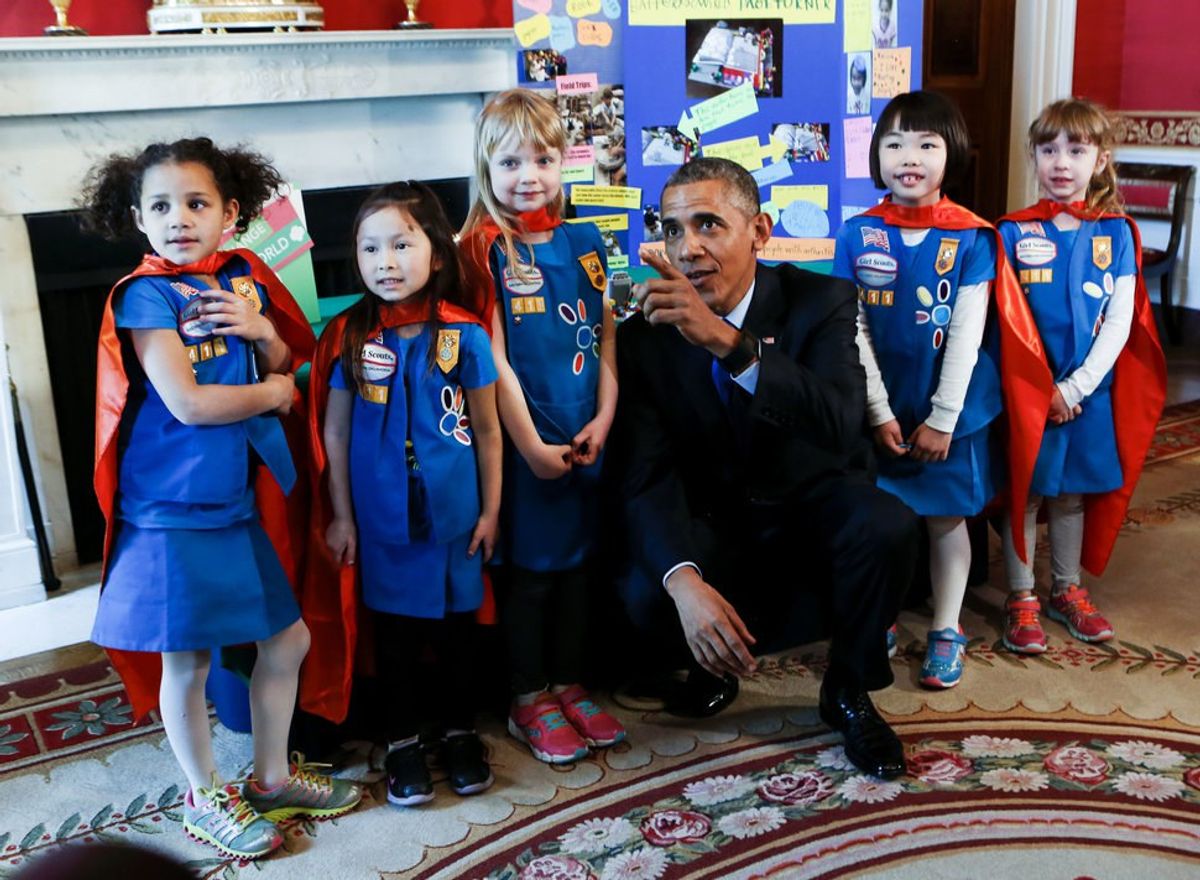 I never realized how lucky I had it; I was too young. When I was eight years old, Barack Obama was elected as the 44th President of the United States. This was an extremely historic election, since he became the first African-American president of this country. I vaguely grasped that idea, but was too young to completely grasp the historic moment I was living through. I remember sitting in front of the T.V., watching the crowds of people cheering and celebrating his win--their happy dispositions resonating with me and fully impressing the importance of Obama's election. In 2012, I was twelve, sitting in front of the same T.V., watching similar reactions to Obama's reelection. In 2016, I was sixteen (still am), I sat in front of the T.V--but the reactions differed than the others I had seen in previous elections. I turned it off, I couldn't bare watching it. Anti-Trump protests sprung up across the nation; we were, and are, more divided as ever.

Growing up during Obama's presidency, I didn't realize how much his and Michelle Obama's beliefs shaped my opinions. Looking back, both Barack and Michelle's openly feminist remarks and sentiments make them great role models for a young girl to grow up observing. Since 2008, Barack Obama has discussed women's rights and equality. In 2014, in the State of the Union Address, Obama talked about the gender wage gap, saying, “Today, women make up about half our workforce. But they still make 77 cents for every dollar a man earns. That is wrong, and in 2014, it’s an embarrassment." He continued with: “A woman deserves equal pay for equal work… Let’s work together – Congress, the White House, and businesses from Wall Street to Main Street – to give every woman the opportunity she deserves. Because I believe when women succeed, America succeeds."

Obama supported Vice President Joe Biden to start the "It’s On Us". This is a program that fights sexual violence on college campuses.

Obama defended Planned Parenthood, which made it clear that it's important and vitally necessary for American women to have the right to make decisions concerning their bodies and health.

Obama fought for the need of all people, including men, to be feminists. He wrote, in August, an essay for "Glamour", where he states: “It is absolutely men’s responsibility to fight sexism too.” He also addressed the challenges and double standards that women face in society: “We need to keep changing the attitude that values being confident, competitive and ambitious in the workplace — unless you’re a woman. Then you’re being too bossy, and suddenly the very qualities you thought were necessary for success end up holding you back..."

And what's better than the President of the United States enforcing feminist ideas and behaviors? The first lady, Michelle Obama, supporting and adding to such female empowerment. One of her main points as the first lady was supporting women and their education. In 2009, she made a speech at the State Department Women of Courage Awards and talked about the importance of women supporting each other. Additionally, she said that: 1. women must stand up for themselves, 2. women must stand up for each other, and 3. women must stand up for justice for all. Furthermore, President Obama and the First Lady launched "Let Girls Learn", a government initiative to help young girls attain proper education to allow and empower them to reach their full potential. Michelle Obama wrote in "The Atlantic" about "Let Girls Learn", vowing that “As a first lady, a mother, and a human being, I cannot walk away from these girls, and I plan to keep raising my voice on their behalf for the rest of my life."

I'm grateful that such influential and powerful leaders were in charge during a majority of my youth. Certainly, it seems like such inspiring figures and messages may not be present in the next four years. Despite this, we must let the Obamas' messages prevail--that women have a voice, that women deserve equal pay, that women deserve opportunity for education, that women have the right to make decisions about their bodies, that women must support each other, that women are powerful and amazing and intelligent, etc., etc.,etc.

So Mr.Obama, concerning your open female empowerment and feminism during your presidency, I would like to take the time to say: you told us "yes we can". Yes we did.

Dear Black People, Stop Saying The N-Word Or Stop Getting Upset When Other People Use It