Haven't you heard? Your mind can give you surgery. 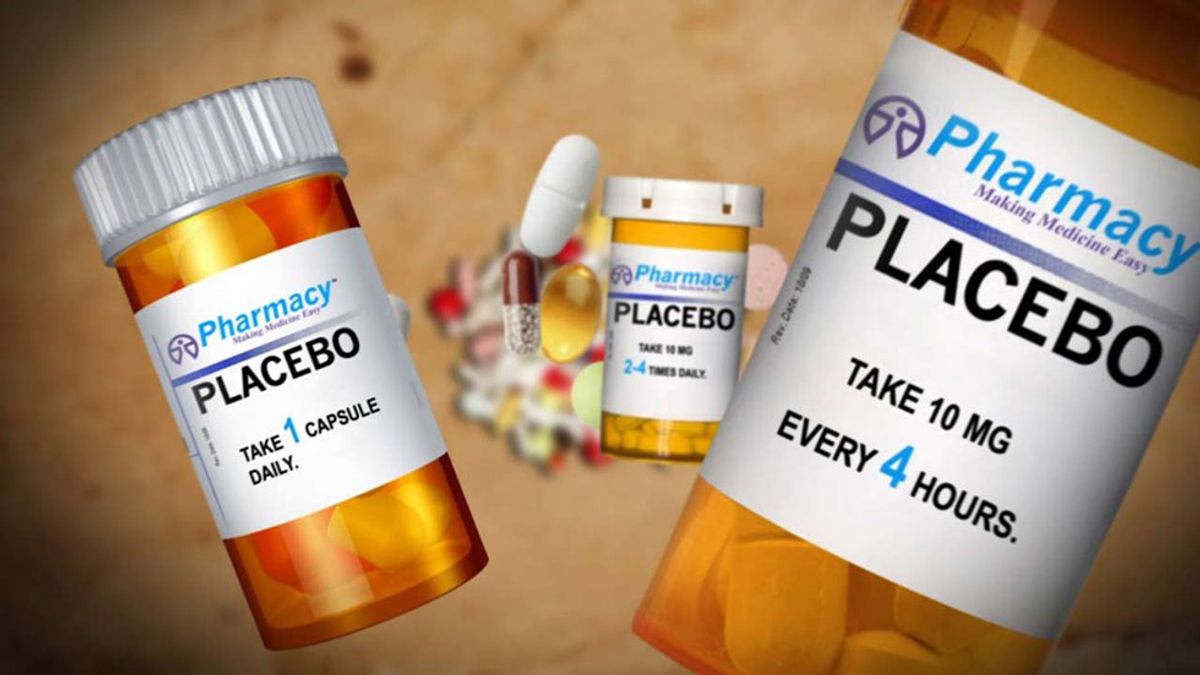 Some science is boring. Some science is tragic. And some is downright unbelievable. The Placebo Effect falls into this category with other phenomena that is so extraordinary and mysterious that it almost seems untrue. For those who don't know, the Placebo Effect is seen when a person receives a treatment and sees some sort of improvement, only to find out later that the treatment they used was actually a sham. I've been able to study this effect, and boy, you should know about it too, because well, it's nuts.

When most consider the Placebo Effect, they probably think of a person taking a sugar pill and then feeling the effects of the real one. But what if I told you that your mind can trick your knee into healing from a surgery that never happened? That's what Finnish researchers did in a study on placebos in osteoarthritis patients. The researchers divided people into three groups, all who needed arthroscopic treatment, a very common knee surgery. Only one of the groups received a placebo treatment, while the other groups received a type of actual treatment. The placebo group was numbed at the knee and the patients could watch a monitor showing a real procedure, while they only received "a nick in the skin but no arthroscopic procedure." After the surgery, all of the participants involved in this study reported similar levels of improved knee pain and knee function.

That's right—you can save money on your spouse's knee surgery, just pay for the fake one. (Only not really, because the effects diminished one year after the surgery.)

The Placebo Effect can be seen in a variety of places, including the gym. In 2000, Maganaris et al wanted to see if a placebo would affect performance in bodybuilders. The researchers gave subjects what they thought was an anabolic steroid, but was actually a placebo. All of the subjects who received the fake supplement lifted about 4 percent heavier weights on average within the next week. When the researchers revealed the truth about the impostor steroids, all of the subjects reduced their performance significantly.

Looks like it's time to give your boyfriend fake steroids.

Not only can placebos make you feel stronger, but apparently they can make you drunk, too. In a study to see if placebos worked in drinking situations, researchers took over one hundred college students in New Zealand, giving half of them vodka and half of them tonic water ... or so they thought. In reality, all of them were drinking tonic water. The ones who thought they were drinking performed worse on memory tasks and reported lower IQs post-drinking.

That, my friends, is how you make for a cheap date.

But don't think you can outthink a placebo. In fact, countless studies have been done that show that people still see the effects even when they know it's a placebo. What? Really? Really. Professor Ted Kaptchuk at Harvard University gave sugar pills to 40 college students who had irritable bowel syndrome. Even the bottle of pills read "placebo." Compared to the students who did not take the placebo, ones who did reported two times the relief of symptoms after a couple of weeks taking the pills.

Moral of the story: Mind over matter. And, science is nuts.