The NRA Is The Root of America's Gun Problem
Odyssey

The NRA Is The Root of America's Gun Problem 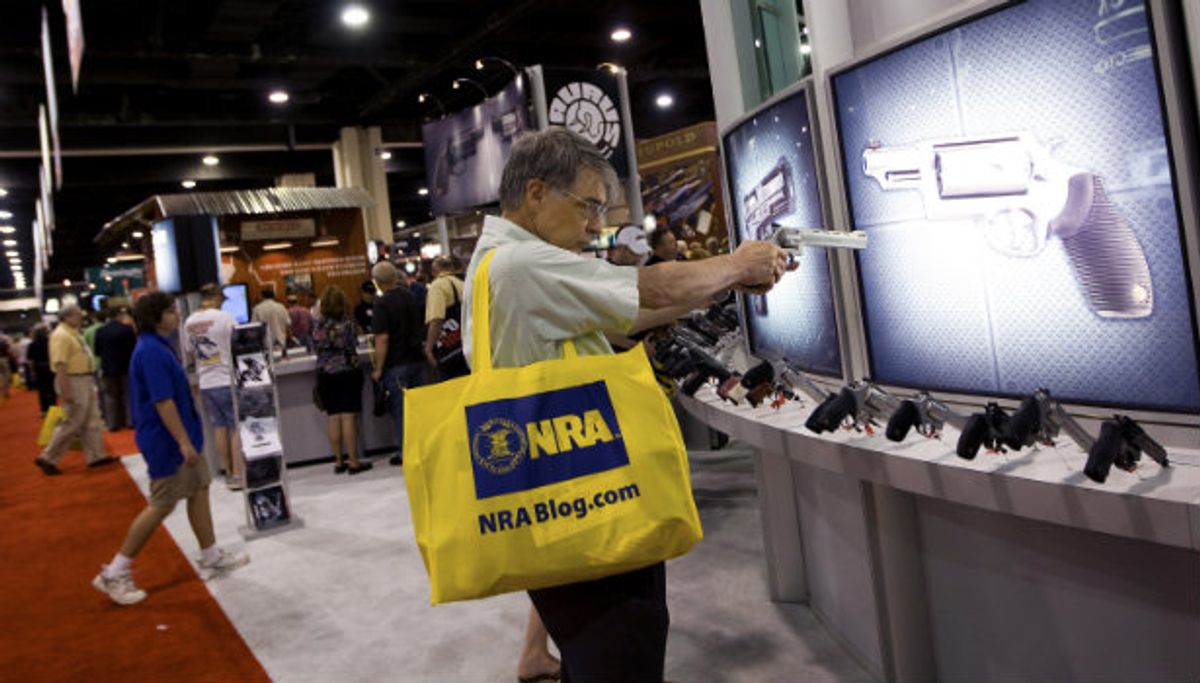 Another day, another mass shooting. The most recent of these is the San Bernardino attack, and as always, that means another discussion on gun control that will go nowhere. But it almost defies logic: why, in the face of national tragedy after national tragedy are we not any closer to ending mass shootings? The unsettling reason we're not making any progress boils down to one organization: The National Rifle Association.

The NRA has contributed to the rise of a deeply polarized political climate in the United States. When it comes to guns, everyone has an opinion. Yet while average Americans may be willing to compromise on many issues, gun control included, the NRA has essentially taken that option off of the table. They have pushed back so violently that they're able to bend lawmakers to their will, so now there are only two real stances you can take on guns. You can either advocate that we make no change, or that we ban guns completely. There are far too few Americans arguing that we try to meet halfway, that we can't possibly reach either extreme in modern America, but that we must do something. The number of advocates for this point of view is so small that there essentially is no middle ground anymore, and without some kind of middle ground, no progress can be made. And without progress, why bother mourning any mass shootings? They are so frequent that you'd be unable to even name all of them. As I write this article, there have been 355 mass shootings (defined as shootings with four or more victims, including the gunman) in 2015. In the short time it will take to get this article published, that number is bound to grow. We remember 9/11 because it's not a daily occurrence in the United States. It was so jarring and horrific that it still scars Americans today, even many of those too young to remember it. But mass shootings are so commonplace that we hardly bat an eye anymore. There are no national days of mourning for Columbine or Newtown or Aurora or any mass shooting, because every day of the year would be a day of mourning.

The NRA has also contributed to the stigma surrounding mental health. The NRA wants to keep the conversation on mental health and not gun control, because it's beneficial to their pro-gun narrative, not because it's actually a main issue. Indeed, mental healthcare in the United States is beyond inadequate, but that does not mean that we need to stereotype anyone with mental health issues. The vice president of the NRA, Wayne LaPierre, once said in an interview with NBC that "We have no national database of these lunatics... We have a completely cracked mentally ill system that's got these monsters walking the streets." NRA spokesmen and advocates have made numerous similar statements, always placing the blame on the mentally ill. This creates two problems: firstly, it steers the conversation away from the real problem so that progress can't be made. Secondly, the mentally ill are a group already discriminated against, and the NRA is only reinforcing this ableist narrative. The Institute of Medicine found that "the contribution of people with mental illnesses to overall rates of violence is small, and further, the magnitude of the relationship is greatly exaggerated in the minds of the general population." The American Psychiatric Association agreed, saying "the vast majority of people who are violent do not suffer from a mental illness." In fact, not only are the mentally ill not the problem, studies have found that "people with psychiatric disabilities are for more likely to be victims than perpetrators of violent crime."

One of the apparent missions of the NRA is to ensure that nothing stands in the way of mass shooters or would-be terrorists. Just days ago Congressional Republicans blocked a bill aimed at closing a legal loophole that lets people on the no-fly list (suspected terrorists) buy guns. The Obama administration has tried proposing measures like background checks for all gun sales, bans of military-grade assault weapons, closure of gun trafficking loopholes, limiting the capacity of magazines, and providing active shooter training to law enforcement. While the objections of the NRA make sense in proposals like the banning of military-style assault rifles, the fact that they block efforts to improve background checks and the like is almost unbelievable. The NRA has craftily attempted to make itself seem like it's not doing any of these things, though. The NRA has multiple times in its history, usually in the wake of yet another mass shooting, pledged their support for more in-depth background checks. Once the public is easily and quickly distracted by other news, they go back to blocking any attempts to actually implement stricter background checks.

You would imagine that a powerful tool would be statistics on gun violence, but reliable, in-depth research on gun violence is scant. According to Reuters, "the federal Centers for Disease Control has cut firearms safety research by 96 percent since the mid-1990s" and "the NRA, the main lobbyist for gun rights, has taken credit for the research halt." Thanks to the NRA, Congress won't even have much research to work off of when trying to debate bills regarding gun control. How are lawmakers supposed to make an informed decision when there is little highly detailed research to be found?

There is more to say about the NRA than I could possibly fit in one article. But what is abundantly clear from these points is that the NRA is not merely a pro-gun organization. The NRA is bent on making the United States unsafe, and with their most recent actions, ensuring that potential terrorists can still get their hands on guns legally. America's gun problem begins with the NRA.