You'll want to read them ALL. 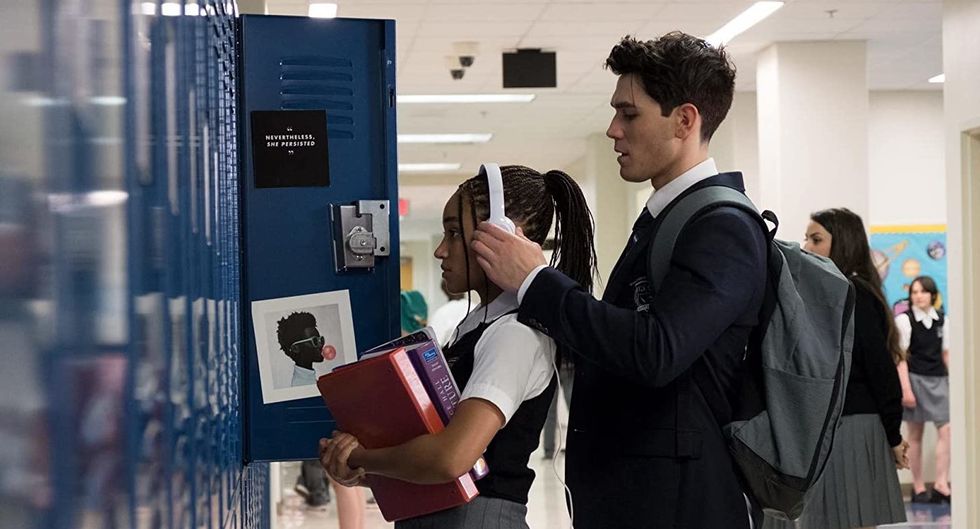 When I was in my teens, every popular book starred a young white female protagonist. I could never find a book that starred a BIPOC, but luckily, in 2020 there are more and more books featuring protagonists of color. It's slowly getting easier to find inclusivity in writing, publishing, and selling.

Now, young adults have many more options to read about the struggles of Black people and police brutality, fantasy stories with a superhuman protagonist who isn't white, and romance novels with diversity. By reading and hearing the stories and voices of Black authors and other authors of color, we learn about the struggles and lives of BIPOC, opening up the world of books to a new era of education.

If you're anything like me though, I've always had a fondness for romance novels. In all of my recommendations below, there are stellar protagonists of color with action-packed stories, tough lessons to teach us, and even lighthearted love stories. Here are five novels with protagonists of color, by authors of color to read about race and romance.

Now a hit movie based off of the 2018 bestseller, "The Hate U Give" is one of the first books I encountered that articulated what police brutality was like for my Black peers. I was in high school at the time this book came out and immediately picked it up as soon as I saw it in the library. As a young Asian woman, I had never encountered the struggles that Black men, women, and children go through, and I find that this book is suited to introducing this topic to non-Black people. While it's commonly categorized as a young adult fiction novel, I find that it's a good read even for adults to understand the perspective of a young Black teen and her struggles. It's only the start of the pile of books necessary for us to read and learn about racial issues in the US, but I think it's a great one.

2. "The Astonishing Color Of After" By Emily X. R. Pan

Another book on my "want to read" list, "The Astonishing Color Of After" is a book that follows our protagonist, Leigh Chen Sanders. Leigh is a young girl who is only sure of one thing after her mother's suicide, she turned into a bird afterward. Going between reality and fantasy, the past and present, Leigh must find a way to deal with her mother's death. Especially after finding out that while her mother died, she was having her first kiss with her longtime crush, Axel. Traveling to Taiwan, she meets her maternal grandparents for the first time and chases the bird through adventures with ghosts, uncovering family skeletons and forging a new relationship with Axel and her grandparents.

Another amazing book on my "to read" list, "The Star-Touched Queen" follows our cursed protagonist Maya. Born with a horoscope that has marriage and destruction, she is feared by her father's kingdom. When her father arranges a wedding for her purely based on political reasons, her entire life changes as she has to give up her schooling in order to rule a kingdom at only seventeen years old. Unexpectedly, she finds that her roles as Queen of Akaran and Amar's wife are completely different from what she expected, yet secrets lurk in her new husband and their kingdom that threaten their lives.

4. "To All The Boys I've Loved Before" By Jenny Han

A classic YA novel when I was a teen, this hit book was also adapted by Netflix into a record-breaking movie. One of the most-watched movies on Netflix, "To All the Boys I've Loved Before" was originally a book about a young Asian American woman named Lara Jean who had a habit of handwriting letters to her crushes. When her younger sister accidentally sends out all of these letters, she has to deal with the embarrassing aftermath, she gets wrapped up in a plot against Peter's ex-girlfriend when he confronts her on her letter. As much as Lara Jean would like this to be clean, their plans have some unexpected twists and turns...

Watch the movie on Netflix.

5. "Now That I've Found You" by Kristina Forest

The third book on my "to read list," and the fifth book on this list is "Now That I've Found You," starring Evie Jones, Hollywood's next superstar who's following in her grandma's footsteps. Until a betrayal causes her to be blacklisted by everyone in Hollywood. In order to get her career back on track, she has to do an appearance with America's most beloved actress, Gigi aka Evelyn Conway or... her grandma! Days before Evie and Gigi's appearance before the masses, Gigi completely disappears. Now, she and the last person to see her grandma, a cute musician named Milo Williams, have to run all over New York to find her missing grandma.