Last week's tragedy was heart-breaking, but the truth behind its reconstruction is sadder indeed. 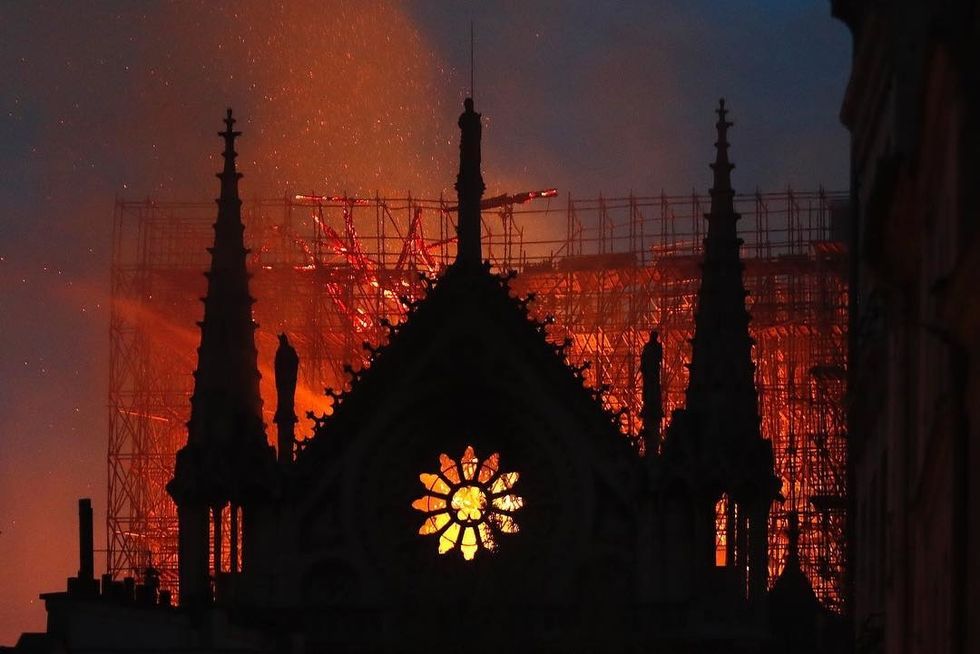 Last Monday, April 15th, the world watched in absolute horror as the famous Notre Dame cathedral in Paris, France caught fire. The flames lasted for over sixteen hours until the fire was finally contained and put out by firefighters on the scene. The cathedral still suffered from the fire, resulting in the destruction of its signature spire, stained-glass windows, and original roof. Fortunately, the majority of Notre Dame was saved, including the bell towers and its religious treasures.

Within hours of the tragedy, world leaders lent their sympathy toward France, as well as efforts towards Notre Dame's reconstruction. Currently, the reconstruction effort has earned over $340 million, contributed by different business moguls and companies around the world. The sympathy is overwhelming, but the immediate and generous donations have raised questions. If companies truly possess this much money to give away for good causes, then what is stopping them from contributing to other tragedies around the world?

There is seemingly no end to the crises that the world faces, each with their own severity and importance. However, a vast majority of them can be solved or on the way to being solved with the sorts of funds donated towards Notre Dame.

The water crisis in Flint, Michigan has lasted over four years. After officials changed plans to save money, the residents of Flint found themselves with a water supply full of corrosive materials, the consumption of which resulted in high lead counts, hair loss, and rashes. According to the NRDC, following the various trials regarding the water crisis, a vast sum of $97 million is needed to pay for repairs to the water supply. This amount was proposed in 2017—that's two years ago, and yet little has been done to reach that funding goal.

The climate crisis could be reversed with the policies and programs funded by a donation of that size. It is no surprise to anyone that climate change has been a hot topic in politics and current events lately. The reports that have been released by the United Nations, NASA, and other organizations show the detrimental effects that inaction will accelerate. As nations and diplomats enter a race against time and a battle across aisles, funds of a size similar to the donation towards Notre Dame could allow for policy-makers to achieve their goals in time.

The people of Yemen have been suffering from famine for over two years. Hardly reaching international news, the humanitarian crisis of Yemen is one that should be reaping in donations to reverse it. In the two years that this crisis has been enduring, estimates by the United Nations reported by the Mercy Corps say that a child dies every ten minutes from preventable causes. Not only that, but fourteen million people do not have enough to eat, and another eight million are suffering from famine-like conditions. In order to reverse the crisis, donations are needed to continue to provide aid to these people in dire need.

The funds donated toward Notre Dame is more than enough to clean up what is being called the Great Pacific Garbage Patch. Along with climate change, pollution is something that is being taken more seriously in global politics today, with natural habitats around the world suffering from man-made dangers. One of these dangers is the Great Pacific Garbage Patch, located between Hawaii and California, and it is exactly what its name says it is: a floating plastic accumulation zone weighing up to 80,000 tonnes. According to The Ocean Cleanup, that's the weight of 500 jumbo jets. Furthermore, NBC San Diego reports that it would cost between $122 and $489 million dollars just to begin hiring enough boats to clean up the Garbage Patch, a sum that is nothing compared to what has been contributed to Notre Dame.

This is not to say that Notre Dame is not deserving of the funds it has received. As a national landmark, religious icon, and historical building, it is worth the funds it has garnered, as well as the attention and sympathy of the entire world. But it cannot go unsaid that the money being donated toward Notre Dame's reconstruction goes to show that the world and its wealthy inhabitants are more than capable with donating funds towards humanitarian and environmental crises that have been enduring for years.

At the end of the day, there is no question about the reconstruction of Notre Dame. French President Emmanual Macron has already committed himself to see that Notre Dame is repaired as soon as possible. But across the world in the United States, the residents of Flint do not know when their water will be safe to drink. The world still holds its breath as world leaders ignore the true dangers of climate change. The people of Yemen do not know when the wars and famine ravaging their livelihoods will end. The oceans turn more toxic, full of plastic, each day.

The future is uncertain for all of humankind, but it can be elucidated with the funds necessary. Are millions of people and the well-being of the planet really worth one building?