Not All Trump Supporters Are Racist
Odyssey 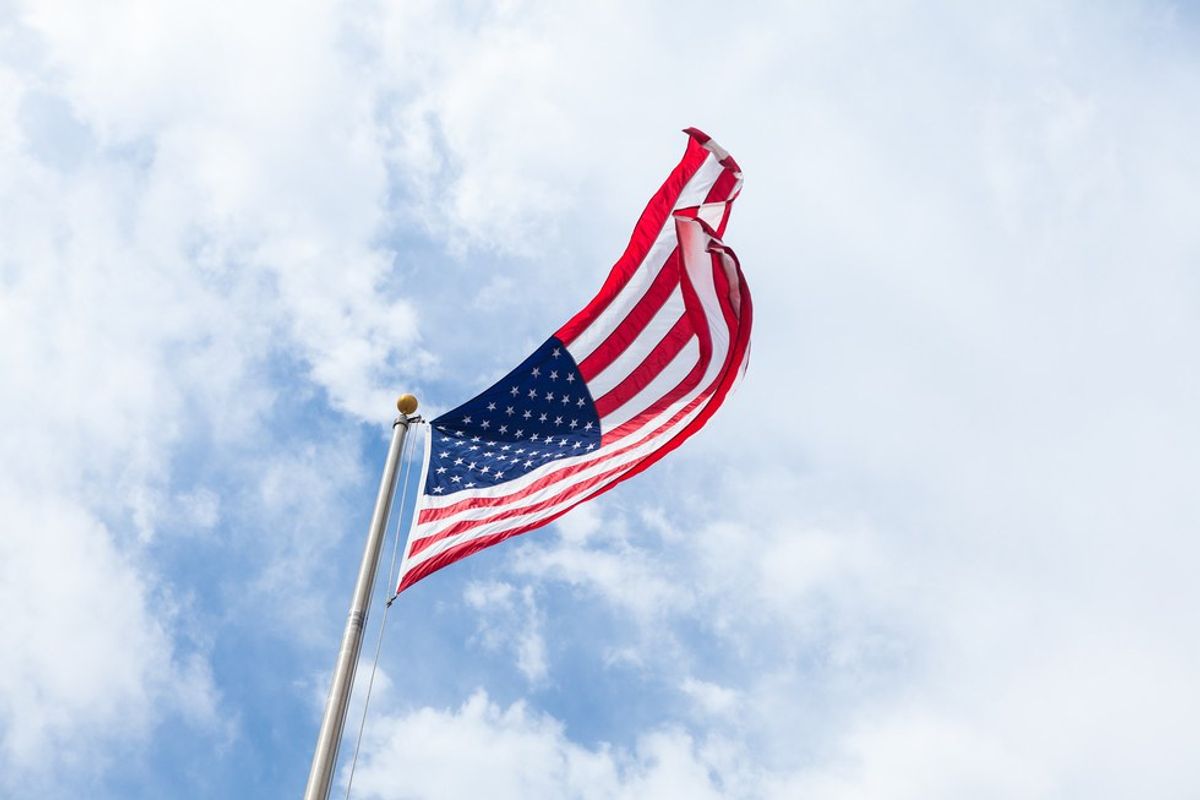 I am not a politics person.

Ask anyone I know. I rarely ever take political stances and I am even less likely to express any political opinions. I’ve never taken the time to concern myself with politics because I find it often leads to unnecessary arguments about things over which I have no control. Hence, I’ve never found the need to speak about any political events.

But I think this presidential election is well deserving of an exception, don’t you?

I am well-aware that many of my colleagues and close friends are devastated with the election of Mr. Donald Trump. But allow me, if you will, to present to you my take on this entire ordeal.

(As an aside, if you are plagued by blind rage and unadulterated fury with the results of the election, please do us both a favor and abandon this article now. However, if you’re calm, in an understanding state of mind, and maybe interested in my perspective, be my guest and carry on.)

First, I must make it known that I did indeed vote for Donald Trump. Yes, yes, I know. But put down your torch and pitchfork and hear me out like I’ve been silently hearing all of you out for the past four or five months.

To begin, I do understand the nature of the discourse of our president-elect. I understand that he is brash and sometimes outrageous. This stems from the fact that he’s a businessman, not a politician. He’s used to having to be loud and obnoxious in order to make his points and get what he needs. He doesn’t yet understand the way of speaking in an acceptable manner. Give him a little time and he will slowly become immersed in the world of politics and the correct way to go about making points.

Next order of business is this “fear” that people are complaining about. I fail to understand why we suddenly fear a politician’s ideas when we know very well they all talk the talk but never walk the walk. Take a step back and logically assess the things you “fear” about him. The wall? Deportation of muslims and illegal immigrants? None of that is ever going to happen. Sure, maybe he’s rash enough to say that he’ll do such outrageous things. But in reality, he cannot make these things happen on his own and he will never gain the approval or resources that would allow him to. We have an elaborate system of checks and balances that we put in place for this exact reason. So take a deep breath. Nothing is going to happen.

For those of you asking what America has come to and mourning and saying you’re ashamed to be an American, remember that this country has survived worse. In the case that this ends up being as tragic as you all seem to believe it will be (I think it’ll be fine), we will get up on our feet, brush ourselves off, and keep moving forward. America has never been a place of defeat. We fought for our independence, and we won it. We built this country and expanded it in the face of all the hardships we encountered. We survived a Civil War, two World Wars, and more than one depression. We’re pretty amazing, to be honest, and I think we’ll be just fine. So instead of burning that flag, salute it and show the world that America is a strong nation and that regardless of what happens, you respect and cherish your country. The rest of the world will follow suit.

Now, about my decision to support Trump in this election. With all his faults and downfalls, to me, Hillary Clinton is far worse. You see my friends, I know that here in America the minorities have people to fight for them and regardless of what happens, we’ll be okay. But take a second to think about the rest of the world with me. Specifically, the Middle East. In the wake of Hillary Clinton’s work as secretary of state, the Middle East is in pieces, including my home country of Egypt. I cannot neglect the fact that if she were elected president, the Muslim brotherhood would inevitably regain control of the country and it would fall to shambles, as it did in 2012 when Mohamed Morsi became president. My heart mourns for the people of my home country and all the hardship they would endure in such a predicament, and I cannot forget this. And just as evidence of my beliefs, Egypt's president, Abdel Fattah al-Sisi was the first world leader to congratulate President-Elect Trump on his victory. Egypt has finally found a chance to cooperate peacefully with America without fear of reinstatement of the Muslim Brotherhood. Not to mention all the other countries in the Middle East that are currently in a state of chaos: Libya, Syria, and even Yemen. I'm looking out for the interests and safety of a wider group of people and for that I do not feel guilty.

I did not vote for Donald Trump because I am racist or sexist or islamophobic or homophobic or ignorant or uneducated or any other nasty thing you may believe. In fact, I myself am a minority and a woman. And yet, I chose him because I saw him as the better choice not only for America, but for the world and our relations with it.

You can bombard me with a shower of “buts” and “what ifs”. You can be enraged with me and this article and wish all horrid things upon Trump and all his supporters. But the fact of the matter is, in the end, that doesn’t make you any less hateful than you believe him to be. In fact, you insulting Trump supporters and treating and thinking of them poorly does not concur with your message for peace and equality and acceptance.

Because the truth is, I do not feel safe saying that I voted for Trump, and isn't that what you're all fighting for? The safety and peaceful acceptance of every American citizen? So why am I excluded from this all of a sudden? Why am I afraid in the face of the rising tension, anger, and protests?

So I call for this. Let us all put our differences aside and tackle this as one country, united not by our opinions, but by our determination to keep America what it has always been: the land of the free. We must all raise our hearts in prayer and ask that our new leader be granted wisdom and strength with which to rule this great country of ours. Protesting will not change anything. Insulting each other certainly isn’t getting us anywhere. The longer we fight amongst ourselves, the more we end up dividing the country. I’m calling for a white flag. We must all surrender our differences and agree to live peacefully for the good of America itself. In the end, it is not Donald Trump who will tear this country apart, my friends. It’s us.