No, I Won't Let It Go
Odyssey

I'm adding my voice to the #NEVERAGAIN movement and you should too. 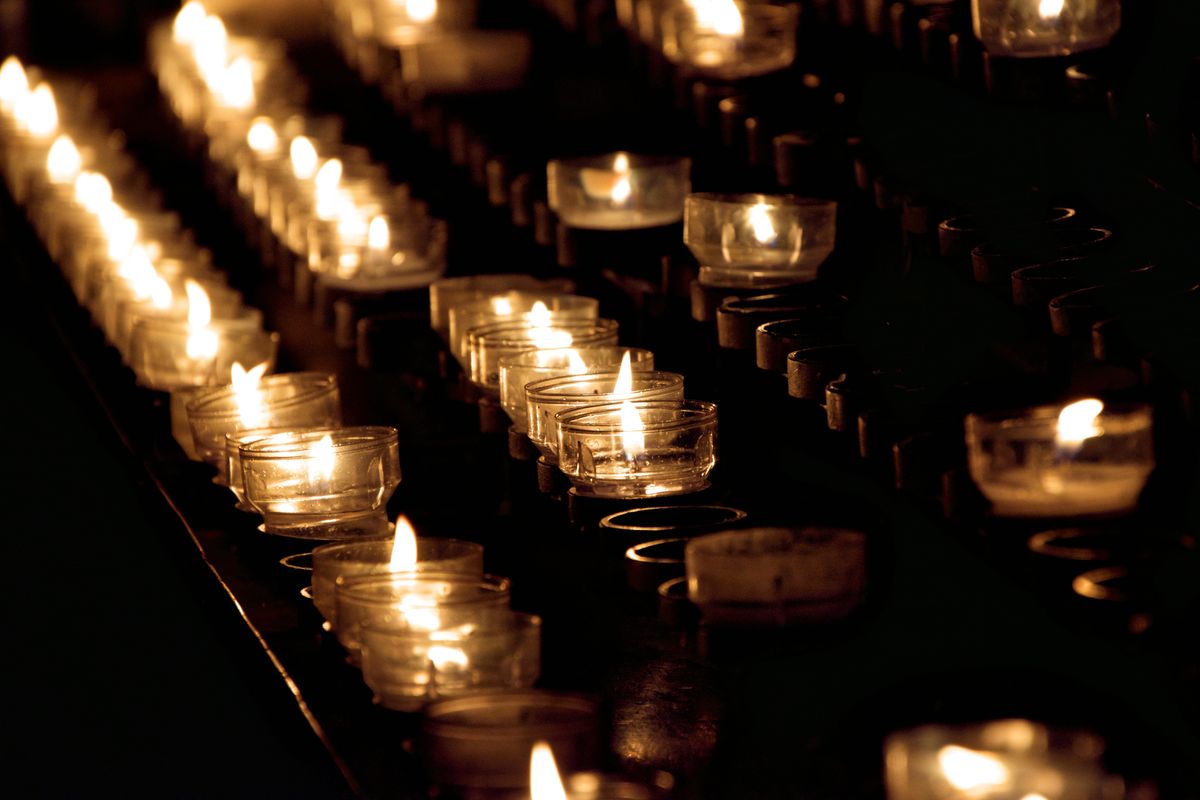 Photo by Thomas Bormans on Unsplash

Warning - if you disagree with obtaining new regulations on guns for civilians, exit this article immediately.

I'm not writing this to argue, because honestly, there is no argument. Or at least, there really shouldn't be.

I can't let go of the Florida massacre - and frankly, I shouldn't have to.

I'm tired of opening social media outlets to find out another horrifying event has occurred. I'm tired of hearing that more students have been killed during school, where a student should feel the most safe.

The hashtag #NEVERAGAIN has taken control of Twitter since Wednesday, February 14th. Students who attended this school weren't given any time to grieve the loss of their friends, teachers, and other staff members - instead, they are doing what the President should already be doing. Taking action.

These courageous students have stood up for themselves and this country after a tragic event - one that never should have happened. These students have done press conferences with the public, participated in marches across the state, and set up donations.

It's time to do something about this.

#NEVERAGAIN should a student fear walking into their school building.

#NEVERAGAIN should 20 first graders, children who went to school that horrific day in 2012 to paint pictures for their parents and make crafts for the upcoming holidays, be innocently shot down.

#NEVERAGAIN should a parent drop their child off for school and kiss them, unknowingly, goodbye for the last time.

#NEVERAGAIN should a civilian feel the need to own a AR-15 or any other semi-automatic/automatic gun.

There is no justifiable reason for an individual to own this deadly of a weapon. Most arguments I've read surround the individuals who believe they need this weapon for hunting purposes.

I just don't believe that.

Years and years ago, hunters did JUST FINE with the rifles they had before these gruesome weapons were even thought about. So what if takes a whole minute for you to reload? Why is that more important that a child’s life?

I'm sorry that you feel the need to shoot 100 bullets a minute for animal that you would like to hang in your home.

I'm so very sorry that you believe owning a gun is more important than the 20 innocent seven year olds' and the 17 high school students' lives. And the other thousands of injured and killed over the last 18 years.

Your right to own a gun does not outweigh a student’s right to feel safe at school.

Your right to own a gun does not outweigh these kids' lives.

The most common argument used against new gun laws is the Second Amendment, but I'm sorry, that's no longer a good enough reason either.

When the Founding Fathers signed off on these amendments, never in their mind did they know or even believe weapons as deadly as these automatic rifles would be created and allowed for civilian use.

And because of this, there is no excuse for you to use the Second Amendment as your argument. It's not justifiable.

Another favorite of mine: "It's not the guns, it's the people."

Nearly every human being on this planet suffers from a mental health disorder, whether it be depression, anxiety, PTSD, or the other thousands of disorders.

The ones who argue that the individuals with mental health disorders should not have the right to own a gun are contradicting themselves, because truly, they aren't even aware they are talking about themselves.

If you believe that a person with a mental health disorder should not be able to purchase a gun, than that means more than half of the population wouldn't be able to own one anyway.

It is the guns, people. It is!

So why not take it the step further it needs?

And maybe you don't think that's true. That's your own belief, but the evidence is right there for you to see.

Donald Trump, in my opinion, the worst President to date, has done nothing to help our country in this aspect.

He is cowardly and only worried about what the media has to say, not the families who lost their children and the ones who are terrified.

Donald Trump continues to use his Twitter to his disadvantage. On the day of the massacre, he tweeted, "My prayers and condolences to the families of the victims of the terrible Florida shooting. No child, teacher or anyone else should ever feel unsafe in an American school."

While that's kind and supportive, these grieving families do want your prayers, Mr. President. They want you to act. Change this world.

A few days later, while the world continues to fight and grieve, Donald Trump tweets, "Very sad that the FBI missed all of the many signals sent out by the Florida school shooter. This is not acceptable. They are spending too much time trying to prove Russian collusion with the Trump campaign - there is no collusion. Get back to the basics and make us all proud!"

While it is true that the FBI was aware of Nickolas Cruz's media accounts showing his weapons and his threats on Youtube, they are not the ones that can change the law. We don't care how many signs were missed - because this whole mess could and SHOULD have been avoided years ago.

On February 18, Donald Trump tweets, "Just watched a very insecure Oprah Winfrey, who at one point I knew very well, interview a panel of people on 60 Minutes. The questions were biased and slanted, the facts incorrect. Hope Oprah runs so she can be exposed and defeated just like all of the others!"

After reading the replies, my blood was boiled. How could our President, controller of our country, be more concerned with putting others down and insulting them when innocent children were murdered just four slow days previous?

The ones who argue that Barack Obama did not react to or create any laws against guns during his two terms, you're wrong. Obama passed, not a law, but a rule that required the Social Security Administration to report disability-benefit recipients with mental health conditions to the FBI’s background check system.

A rule that our current President rescinded when he was voted into office.

Barack Obama held a press conference shortly after the Sandy Hook shooting and stood at his podium and cried with the rest of the world. He discussed gun safety. He was on our side.

President Trump held a press conference, showed no emotion, and said not one word about gun safety to the public.

I'm exhausted for the ones fighting incredibly hard for a change to happen.

My heart is broken for the families who lost their children; kids who could've become our future scientists, doctors, farmers, teachers.

I cry for the 20 first graders who had no idea how cruel the world was and had nothing but thoughts of playing at recess and snack time when they were killed for no reason.

I can't stop thinking about where this world is going and how badly we need a change. And I shouldn't have to.

Change won't happen if we give up fighting. And although we shouldn't have to fight this hard, fighting hard will get us to where we need to be.

I'm adding my voice to the #NEVERAGAIN movement and you should too.

To support these students in their efforts to change the world, donate here.

May the students who lost their lives forever rest in peace and may the families and millions of grievers see change.