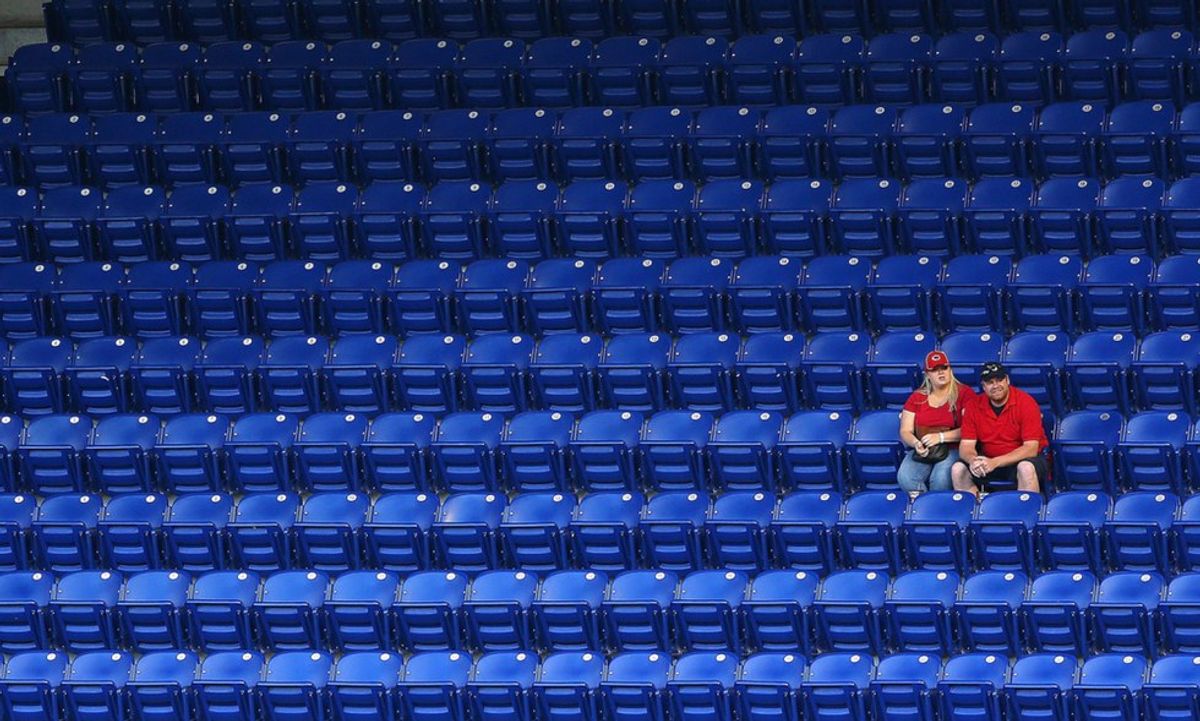 See ya, Major League Baseball. The 2016 season has ended, and if you're like me, you barely paid attention. There are 162 games in an MLB season, and I'm not built to watch every game. MLB fans are required to mentally start preparing in February for a sport that covers eight months out of the year, and that's not including the postseason (If your team is lucky enough to participate). The month of March brings the start of spring training, the regular season kicks off in early April and drags through Summer and into early Fall.

Major League Baseball once had the prestige honor of being called America's pastime, but I'm not so sure that label still applies to a professional sport that now has competition from the National Basketball Association and the National Football League. MLB fails in comparison to the NFL and NBA when it comes to viewership during their respected championship tournaments. In 2016 the Super Bowl, which is a single game, had an estimated 111 million viewers, while the 2016 NBA Finals brought in around 160 million viewers for a seven game series. MLB gathered around 86 million viewers for the 2015 World Series, for a five-game series, and approximately 110 million viewers for the 2014 World Series, for a seven game series. I think it's safe to say that the NFL has become America's new pastime.

The pace of an MLB game is very slow and could be a reason for low viewership. I attended a game this past summer, I had my back to the playing field for a few minutes and held an engaging conversation, not a great one, but none the less, I forgot there was a baseball game going on behind me. The crowd was quiet, the field was quiet, there was no action and nothing was happening. What can MLB do to engage the crowd more often? The seventh inning stretch is always entertaining for the fans, but where is the entertainment between the other eight innings?

During NBA games, cheerleaders dance, mascots throw shirts and other prizes at fans during a team timeout and between quarters. At an MLB game, the fans sit on their hands and wait for one team to replace the other team in the field. Then a pitcher throws a few pitches to the catcher, and the outfielders play catch with one another, while a hitter stands on the side taking practice swings. In the meantime, the try to figure out the correct answer as to how many people are in attendance. Nothing exciting happens, and on top of all that, it takes several minutes between each pitch. Players in the field stand around doing nothing, hoping and wishing that someone will hit a ball in their direction. I believe that modern sports fans appreciate the fact that NBA and NFL games are more up-tempo and interactive.

However, many people do enjoy MLB, and they have no problem with the structure or the quality of the sport. But I am hard pressed to believe that fans enjoy cheering for a losing franchise. If your hometown team appears to be out of the playoff race, why would you continue to watch? Each MLB franchise plays 81 games at home, if a team seems to be out of the playoff race by the middle of the season, I don't see how anyone would want to continue putting money into a losing team. A majority of MLB franchises need to start winning, instead of providing fans with a dysfunctional product on the field, while the owner(s) pocket millions of dollars.

When looking at the attendance numbers for the 2016 MLB season, it appears that a lot of fans supported a losing franchise. There was a drop off in attendance of almost 500,000 attendees in 2016 when compared to the 2015 season. Of the thirty MLB teams, seventeen had a loss in attendance, while thirteen teams enjoyed a rise in attendance. Basically, seventeen teams are driving away their fans due to a lack of winning, while the other thirteen teams have to pick up the slack for those franchises that are losing fans. Perhaps MLB needs to scrap a few teams in order to make the league more competitive.

Major League Baseball lacks competitiveness among all thirty teams. Every year there appears to be a hand full of quality teams, while the struggling teams are stuck selling off players so that they can begin the rebuilding process. The MLB postseason is no different, the same hand full of teams typically win their division, and have a legitimate shot at winning the championship. With that said, good luck MLB fans, I admire your strength. In the end, the long regular season journey could very well be worth the wait, as long as your team is positioned to win a championship. However, if your favorite team is no longer playing in October, you may go quietly into the night, and restart the vicious cycle in February. As for me, I am saying goodbye to baseball's regular season—I'll see you next September.

Glorie Martinez
2067
Why I Write On Odyssey