No, I have a boyfriend.

And no, I don't want another one 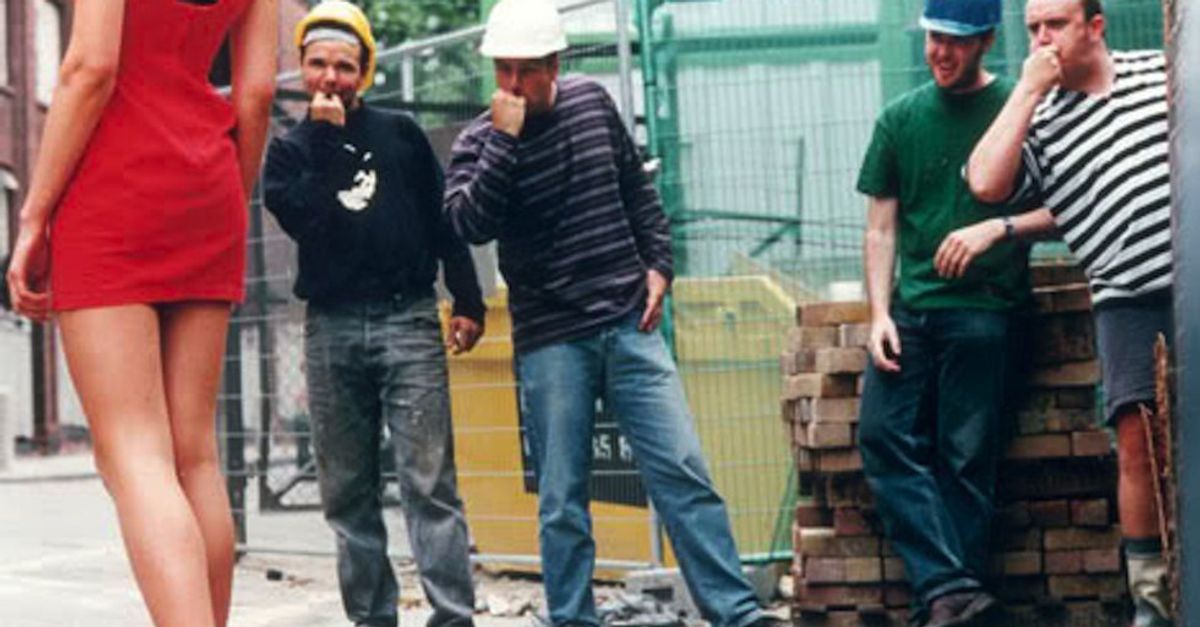 Every female has been through this. Whether it is directly or indirectly or even nowadays online or someone from your same gender. I am of course talking about getting hit on. It is that moment when you are walking down the street and you hear a voice yelling, "Girl, you look beautiful today." Or you can be in a store minding your own business and a guy starts pestering you for information about yourself like your number and relationships status and if he could be the one to change it. Or even the random guys online commenting on your pictures saying how beautiful you are while you have no idea if that is truly the guy or someone else entirely just pretending to be him. Even if you have not experienced first hand yourself (trust me it is only a matter of time), you have certainly heard the stories of your friends who have experienced it first hand or you were even there when it was happening to your friends.

Personally, I think these encounters are a nuisance and slightly disrespectful. It all begins with trying to get your attention. They would yell, "Girl," "Gorgeous," or even just yell some random word. Some would (and have) honked their horns at me. Then they deliver the message. "Can I get your number?" "Do you have a boyfriend?" I honestly do not even know why they bother with a message because no matter what you say, they will not quit until they get what they sought out to get (i.e number, date, or Facebook friend request). However, going for the number in the first two seconds of meeting a girl is not the best way to do things. You may have been looking at us for awhile and liked what you have seen but we have only met you two seconds ago. Give yourself more time to make a better first impression than forcing us to judge you in those two seconds.

Ever since I got a boyfriend these encounters have become less common. Maybe they sense I am already taken, but there are still a few that are persistent. They would come up to me and start talking. Eventually, they would deliver the message and I would just tell them, "No, I have a boyfriend," and they would surge it off like if I had told them the sky was blue. At least some would have the decency to ask if I wanted another boyfriend.

If I could pay $200 for all these encounters to stop now that I have a boyfriend, I would. These encounters have conditioned me to be paranoid when I walk into stores alone especially if I am wearing something that makes me look even more flattering than I already do. I feel like guys stare at me all the time and they are watching me contemplating if they should come up to talk to me or maybe even contemplating darker things they want to do to me. I would love these encounters to stop even more now that I am taken because it kind of makes me feel dirty like I was not being honest with them. It is really not fair to entertain conversations about dates or plans when I already have a significant other that I do all those things with.

I know some females lie and say that they have a boyfriend when they really don't. Even I have contemplated doing that. I have even thought about lying about my sexuality just so they would leave me alone. It is not right but is it really right to persist after I told you no the first time? I should not even have to give you an explanation. You should accept that I have turned you down for whatever reason and move on.

These encounters are not all bad. Some can be very flattering to an extent. Contrary to belief, we won't tell you no because you are ugly, we just don't feel the same way and we don't think we will in the future. As well as, just because you are cute doesn't mean we will say yes. It really depends on what you say and how you say it. If you talk about stuff that you noticed we have in common or maybe even how we styled our clothes or hair that day compared to a compliment about how our face or body looks we are most likely to enjoy talking to you and not be pushed away.

I know that good relationship aroused from encounters like these. However, there are still girls out there that find these encounters unwelcome. Just remember that the guys are putting themselves out there. Sometimes, they don't put the best of themselves out there but at least they tried. Some guys even just want to make your day and make sure you know that you are beautiful. So be nice when you turn them down or go for it because who knows what could happen.

Nicole Marie Nigro
Individual Creator
2698
c1.staticflickr.com
Where to start...... Let me start with the cliche that life throws us curveballs and what we do with it is what counts.