'Pastor' Aden Rusfeldt, Your Hatred Is Not Welcome At Rutgers
Odyssey
CurrentlySwoonLifestyleHealth & WellnessStudent LifeContent InspirationEntertainmentPolitics and ActivismSportsAdulting
About usAdvertiseTermsPrivacyDMCAContact us
® 2023 ODYSSEY
Welcome back
Sign in to comment to your favorite stories, participate in your community and interact with your friends
or
LOG IN WITH FACEBOOK
No account? Create one
Start writing a post
Politics and Activism

'Pastor' Aden Rusfeldt, Your Hatred Is Not Welcome At Rutgers

Silence is a form of compliance, so don't expect me to "just walk away." 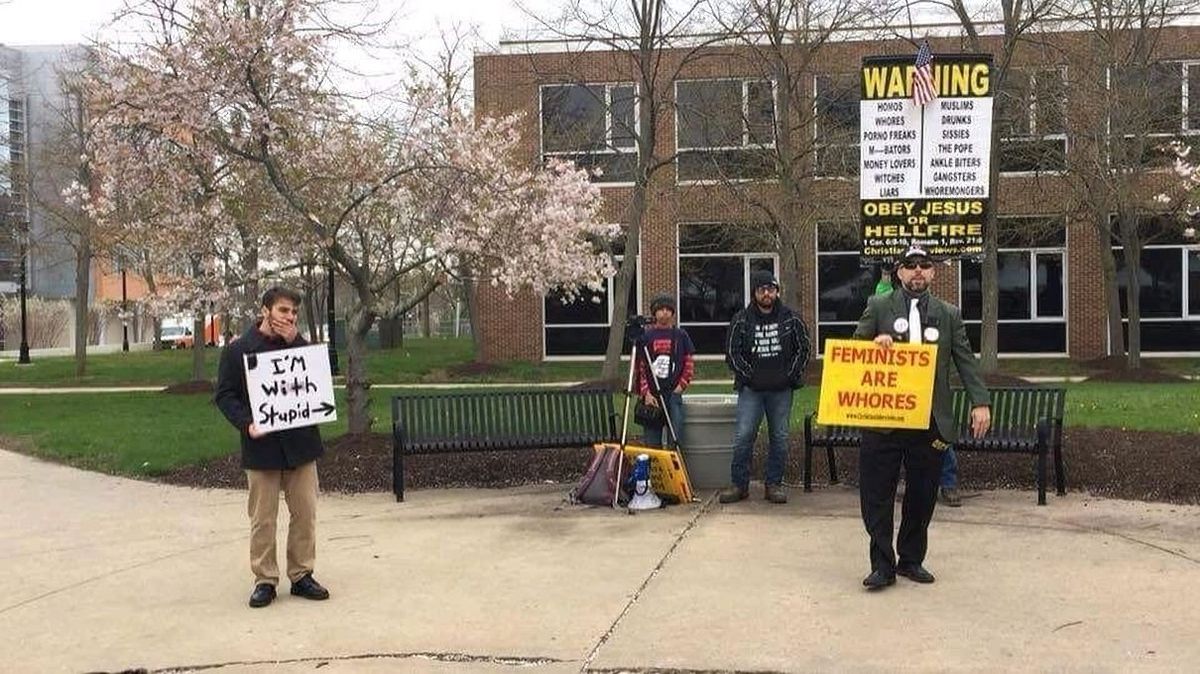 Just about a month or so ago, “Punish a Muslim Day” was a thing. And I was overwhelmingly enlightened with the amount of support and love that Muslims all around the world received.

Sometimes we take one step forward and two steps backward. And it leaves me shook every single time.


On May 1st, a group that claimed to “preach Christianity” led by Pastor Aden Rusfeldt (I don't actually believe he's a Pastor) came to Rutgers University and they preached nothing more than hate.

I stood there with a friend of mine astonished by what was actually happening? Is this guy real? Like is he actually for real? He said if anyone wanted to speak with him they should stand 10 feet away. “Except if you’re Muslim, stand 20 feet away in case you go BOOM!” My jaw dropped. For the first time, in a long time, I was speechless. I couldn’t even begin to formulate words. He proceeded to tell us that if we’re Muslim, our belief in Prophet Muhammad is based on racism, pedophilia, and much more (which, if you didn’t already know, is inaccurate).

My friend and I stood there wondering if there was anything we could even say. He continued on to criticize homosexuals, women ("Why are women even on campus? They belong in the kitchen."), any minority group that existed in the United States. They proceeded to tell us that we were all going to Hell to which many replied, “See ya there, then.”

They moved to another campus and continued their “preaching.” Except, this time, they received a bigger audience. Hundreds of students and faculty members surrounded them questioning their ideology. Many students reacted, but there was only so much one can say or do to even get their attention. The group gave their megaphone to a 14-year-old. A 14-YEAR-OLD KID who continued to repeat the same derogatory hate speech.

I’ve never encountered so much hate in my life before.

Yes, there are hateful people out there, I know that. There’s always been and there always will be. But to come to a college campus just to annoy student is just absolutely disgusting. Why? Just why?

Oh, mind you, Rutgers University Police Department (RUPD) stood there unable to do anything because they were in a public area, because you know, we have freedom of speech and that can’t stop anyone from saying anything.

But if they can’t be stopped, no one else can either. Don’t tell me to walk away and “stop giving them my attention.” Because silence is a form of compliance. I can’t even stress that enough. Yes, they were aggravating, and we shouldn’t spend time on such worthless people. However, that is in no way equal means that we should just walk by and pretend we didn’t see anything.

Your presence and sign of disagreement is enough to prove that in solidarity, no hate group is welcome.